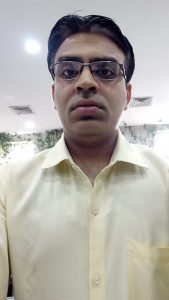 Simply speaking “Mediation” is a process of dispute resolution in which one or more impartial third parties with his specialized communication skills and negotiation techniques intervenes in a conflict or dispute with the consent of the participants and assists them in negotiating a consensual and informed agreement. From Lord Krishna mediating between Kauravas and Pandavas in the Mahabharata, to family elders resolving domestic issues, to panchayats providing community mediation, there exists a strong culture of mediation in India. Mediation is, in fact, the oldest and historically most effective way that societies have resolved their differences outside of resorting to the courts or violence. Today, it is has become the new buzzword in law.

Development and Evolution of Mediation in India

The first mediation training session was conducted in Ahmedabad in the year 2000 by the Institute for the Study and Development of Legal Systems (ISDLS), a non-governmental organization based in San Francisco, California, USA. It was followed by a few advanced training workshops conducted by a public charitable trust “Institute for Arbitration Mediation Legal Education and Development”, settled by two senior lawyers In Ahmedabad.

The Chief Justice of India formally inaugurated the Ahmedabad Mediation Centre on 27th July 2002. The importance of mediation and the need to implement Sec. 89 of Civil Procedure Code, 1908 was the agenda. These conventions and training sessions continued in order to get the concept of mediation and arbitration in the main stream for dispute resolution.

In order to be formally trained as a mediator in India, an individual must undergo a 40-hours’ training programme and conduct 20 mediation sessions under the Mediation and Conciliation Project Committee (MCPC). Since the early 2000s, 52 judicial mediation training programmes have been facilitated in various parts of the country. About 869 members of the judiciary have undergone the 40 hours of training.

Mediation in India is divided into three categories which are commonly followed:

This applies to cases which are filed in the court or are pending in the court.The mediation services are provided by the court as a part and parcel of the same judicial system.The Rules framed by Supreme Court and High Courts in pursuance of Section 89 of Civil Procedure Code, 1908 deal with Court-annexed mediation. The mediation centres have been established by the Supreme Court, High Courts and several district courts in the country and services provided to the litigants is either free of charge or minimally charged. The process of mediation is conducted within the court complex.The settlement arrived at are recorded in a compromise document and then sent back to the Court for a final decree and no appeal lies through Court-annexed mediation.2

It applies to cases which the Court would refer for mediation and aregoverned by the rules framed by High Courts in pursuance of Section 89 of Civil Procedure Code, 1908 and the Legal Services Authorities Act, 1987 (LSA). In terms of legal position laid down by Hon’ble Supreme Court of India in 3Afcons Infrastructure Ltd. and Anr. V. Cherian Varkey Construction Co. Pvt. Ltd. and Ors., (2010) 8 SCC 24, a dispute referred for mediation by the court will be deemed to be a reference to Lok Adalat and the provisions of LSA shall apply as if the dispute were referred to a Lok Adalat under the provisions of LSA. The control and jurisdiction over the matter is retained with the court and the mediation settlement  reached before mediator is placed before the court for recording the settlement and disposal of matter. Court applies the principles of Order XXIII Rule 3 of CPC and pass decree/order in terms of the settlement in regard to the subject-matter of the suit/proceedings.In regard to the matters/disputes which are not subject-matter of suit/proceedings, the court will direct that the settlement shall be governed by Section 21 of Legal Services Authority Act, 1987and shall be final and binding on all the parties to the dispute and no appeal lies to any court against the award.This type of mediation is frequently used in Matrimonial disputes, particularly divorce cases.

When the parties undertake mediation individually, independent of Court proceedings, it is termed private mediation which can be used for disputes pending in Court as well as pre-litigation disputes. There is no law governing private mediation in India. 1In private mediation, qualified mediators provide their services on fee-for-service basis to the various stakeholders viz., the Court, the governmental sector, members of the public and business houses. Private mediations are being availed of by parties to settle high value commercial and family disputes. As legislation is not currently available to provide enforceability to a settlement at private mediation, the settlement terms are executed as a contract u/s 74 of the Arbitration and Conciliation Act, 1996 which are binding and has the same validity as an arbitral award. In case the dispute is pending in Court, parties have the option to file the settlement in court for a decree and in case of pre-litigation mediation, parties have the option to name the mediation process as a‘conciliation’.4 & 5

The law relating to mediation in India is incorporated in the following legislations:

The Consumer Protection Bill, 2018 passed by Lok Sabha on December 20, 2018 provides for reference of a dispute to Mediation as an ADR Mechanism and settling up of a Consumer Mediation Cell. The District, State or the National commission may direct the parties to give a written consent to settle their dispute by mediation, if there is any element of a settlement between the parties.6

The establishment of court-annexed mediation centres has led the path for emergence and growth of private mediation institutes throughout the length and breadth of the country viz.:

Areas of dispute for mediation

The following categories of cases (whether pending in civil courts or other special tribunals/forums) are normally suitable for ADR processes:

The above categorization of cases as “suitable” and “unsuitable” is not exhaustive or rigid. They are illustrative in referring a dispute/case to an ADR process.

Online dispute resolution (ODR) is the modern and digitized iteration of the traditional ADR with the major noticeable difference only being the use of machines and networking for communication.With the rapid development of the Internet and electronic commerce, Online Disputes Resolution has been labeled “a logical and natural step” as it facilitates expeditious resolution of disputes. 7

In Salem Advocate Bar Association, Tamil Nadu vs Union of India (2003) 1 SCC 4910[Salem Bar-(I)], the Supreme Court held that Section 89 of Civil Procedure Code, 1908 introduced by Civil Procedure Code (Amendment) Act, 1999 was constitutionally valid and would help in expeditious disposal of cases in the trial

courts and the appellate courts and established a committee to, inter alia, draft rules on mediation and create a report on effective case management and be followed while taking recourse to the Alternate Disputes Resolution (ADR) referred to in Section 89to reduce the burden on courts and the Committee was requested to file its report within a period of fourmonths for consideration. It was also observed that the formulated model rules may be adopted by the concerned High Courts to give effect to Section 89(2)(d) of the Code.

The Committee filed its reports on the issues identified in Salem Bar – (I). Another Supreme Court Bench, comprising Justice Y.K. Sabharwal, Justice D.M. Dharmadhikari, and Justice Tarun Chatterjee, extensively reviewed the submitted reports in Salem Advocate Bar Association, Tamil Nadu vs Union of India, (2005) 6 SCC 34411 [Salem Bar-(II)] and observed that Civil Procedure Alternative Dispute Resolution and Mediation Rules, 2003 and Model Case Flow Management Rules will facilitate in dispensation of effective administration of justice and directed the Registrar Generals, Central Government and State/Union Territories to file a progress report with respect to adoption of the rules developed in the Salem Bar I Committee reports, within four months of the date of the judgment.

The Supreme Court in K. Srinivas Rao v. D.A. Deepa (2013) 5 SCC 22 12 decided on 22ndFebruary, 2013held that the criminal courts dealing with the complaint under Section 498-A IPC should refer the parties to mediation centrebefore they take up the complaint for hearing, if they feel that there exist elements of settlement and both the parties are willing.

The Supreme Court in State of Madhya Pradesh v Madan Lal (2015) SCC OnLine SC 57913decided on 01.07.2015held that there could be no mediation between the accused and the victim in cases of rape.

The Supreme Court of India in Moti Ram (D) Thr. L.Rs. and Anr. vs. Ashok Kumar and Anr. (2011) 1 SCC 46616 stressed that mediation proceedings are strictly confidential and observed that the mediator should send the settlement agreement signed by the parties to the Court without mentioning what transpired during the mediation proceedings,when successful and in other cases .e.,  when unsuccessful the mediator should simply state that mediation has been unsuccessful.

The Ease of Doing Business Task Force at the Central Government has asked the Ministry of Law and Justice to take necessary steps to introduce a stand-alone law to regulate pre-litigation voluntary mediation in May 2017. In February 2016, the law ministry had mooted a note on similar lines, backing a new law on mediation17.

Mediation was central to the discussions at the recent three day (12th to 14th May, 2017) event Global Pound Conference Series India 2016 – 201718 titled “Shaping the Future of Dispute Resolution and Improving Access to Justice” held at the Judicial Academy, Chandigarh.Familiarity with the dispute resolution process was identified as the biggest influencer when lawyers make recommendations to parties about procedural options for resolving commercial disputes. 19

The Two-day conference (27th-28thJuly, 2018) on National Initiative to Reduce Pendency and Delay in Judicial System20 was organized by Supreme Court of India in collaboration with the Indian Law Institute, New Delhi to deliberate on the issue of pendency and delay in the judicial system.

The panel of eminent legal luminaries headed by Hon’ble Shri Justice Dipak Misra, the then Chief Justice of India deliberated on the concept of ‘case and court management system’, ‘methods of promoting Alternative Dispute Resolution’, ‘greater use of technology to endeavour to plug the gaps in justice delivery’ by taking immediate appropriate measures of identifying the cases which need urgent attention and quick disposal and suggested to strive for more alternative methods of dispute resolution in various forms like arbitration, mediation, pre-litigation mediation, negotiation, Lok Adalats, etc., and employ ADR methods through courts as courts are empowered to do so under section 89 of Civil Procedure Code, 1908 and urged the judicial officers to interact with the parties diligently to explore the possibility of ADR, wherever possible and advocated that subordinate judiciary should be trained on these aspects during their induction training days itself and highlighted that ADR mechanism can be taken online via use of technology in making justice dispensation system more efficient and fast.