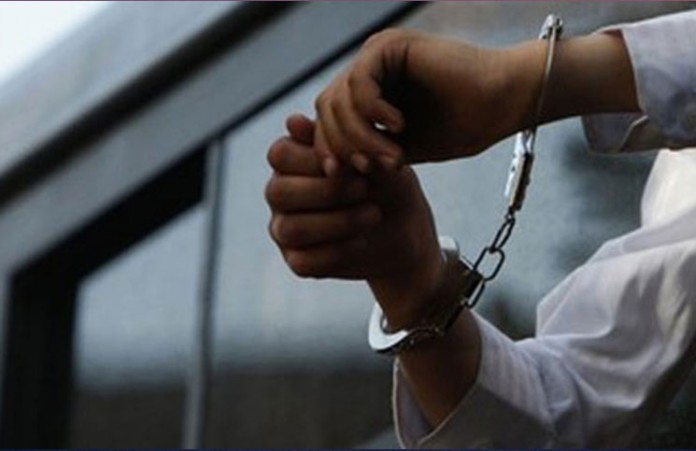 In this article, Akshita Gopal discusses the laws relating to Medical examination of rape victims.

Medical examination of rape victims: What everyone should know

According to National Crime Records Bureau’s Crime report of 2016, total of 38,497 rape cases were reported in 2016, which means over 105 rapes in one day, i.e., almost four rapes in one hour, and these are only the number of cases reported, rest remains a scary mystery.

Merriam- Webster’s Dictionary of Law defines rape as, “unlawful sexual activity and usually sexual intercourse carried out forcibly or under threat of injury against the will usually of a female or with a person who is beneath a certain age or incapable of valid consent because of mental illness, mental deficiency, intoxication, unconsciousness, or deception.”

Punishment of Rape under the Indian Penal Code

Rape is the most heinous violence against an individual’s sexuality. It is an act which violates the autonomy over one’s body, it infringes the very private sphere over which an individual has absolute control. Section 375 of Indian Penal Code defines rape rather narrowly. It says,

Section 375 eliminates the possibility of the offence of rape being committed against a male, transgender and marital rape. Sexual violence against a male shall not be constituted as an offence of rape, but would come under the purview of unnatural offences, section 377. In National Legal Services Authority v. Union of India, Supreme court identified transgender as the third gender and they are also entitled to the fundamental rights provided in the Constitution. But the irony is that on one hand where Constitution is accepting them, on the other hand other laws like IPC are gender specific to man and woman, and fails to consider other classes of the society.

The underlying notion of not treating marital rape as rape is that after marriage, wife is a property of husband, and he is “entitled” to have access to her body. But an act does not become “not rape” just because it happens with a woman carrying the tag of marriage. It is equally heinous and grave. Rape is not just a violent act against woman but it also violates the fundamental right of life and personal liberty and no relation between the victim and the wrongdoer could justify these violations. The definition given in IPC is indeed narrow and strongly reflects patriarchal roots.

Before discussing what you must know about the medical examination of rape victims/ survivors, let us briefly discuss the points you must know beforehand.

In case Bodhisattwa Gautam v. Subhra Chakraborty, Supreme Court said that rape is a crime against basic human rights and a violation of the victim’s most important fundamental right, namely, the right to life in Article 21. In Francis Coralie v. Union of Territory of Delhi, Supreme court said that the right to live is not just about animal existence. It does not limit itself to protection of limb and life; it is much more than this. It also means right to live with human dignity. Right to live with human dignity is the most basic element of right to life under article 21. An act of rape not just violate the one’s right of physical body, the person’s autonomy over body but also her dignity, mental stability. It is a crime against basic human rights.

It becomes more important and crucial that how a rape survivor is treated. The machineries like police and medical needs to be more gentle and careful while interacting with them. We shall now look into various guidelines, victims’ rights and obligations of the medical examiner.

Prior to Supreme court’s judgement in 2000, the procedure for medical examination of rape victims was very lax. Doctors would proceed with the examination, only after the request of the police. Due to this, it became necessary for rape victims to file an FIR for getting a medical treatment. This attitude towards the rape victims was very unjust and unfair, because the doctors forgets about the intensity and heinousness of the offence and the human aspect, and only focuses upon the procedural aspect.

In the State of Karnataka v. Manjanna, said that medical examination of rape victims is a “medicolegal emergency.” It is the right of every victim and a duty of every hospital to medically examine the victim before filing of a legal complaint, and the hospital at the request of the victim, can afterwards file a complaint. A hospital may receive a victim of rape when victim voluntarily reports to the hospital, on requisition by the police or by the court.

Prior to the insertion of Section 164A by 2005 amendment in Cr.P.C., the position of  the procedure was unclear. The questions like- whether a male or a female doctor should examine? To what extent the examination is to be done?- kept lingering.

In Samira Kohli v. Dr. Prabha Manchanda and Another, Supreme Court held that the person giving the consent must be competent to give consent and it must be voluntary and based on adequate information provided by the doctor, like nature of the treatment, all the risks involved etc.

To supplement the procedure laid in Section 164A, after the Nirbhaya case, Ministry of Health and Family Welfare in 2014 gave certain guidelines and protocols for medico legal care for the victims of sexual violence:

Two- Finger Test also called, per vaginum examination is a way to determine whether the hymen of the woman is intact or not.it is based on the assumption that hymen can rupture only when a female undergoes sexual intercourse. The method is unscientific, against human rights and has no bearing on determination of commision of rape. Supreme court in  Lillu @ Rajesh & Anr vs State Of Haryana held that the two finger test is unscientific and it violates woman’s right to privacy, physical and mental integrity and dignity.

After the judgement, guidelines were passed by the Ministry of Health and Family Welfare in 2014 which also condemned the test, and said that it must not be performed. Instead of the two finger tests, various tests are performed which are discussed above.

Laws and their Enforcement

Guidelines are laid, provisions are amended in the interest of the victims, but what really is the ground reality? Not always the medical examination is conducted in accordance with the guidelines and policies. In a study conducted by an NGO “Partners for law in development” along with the Department of Justice, Ministry of Law and Justice and UNDP (United Nations Development Programme) showed that the victims, despite of the guidelines, were facing hurdles in filing of an FIR. The report also said that medical examinations were not carried out within the guidelines set by the Ministry of Health and Family Welfare such as consent is not formally taken, thumb impressions are taken much later, clothes of the victim not even connected with the crime were taken as evidences.

The guidelines of 2014 after the Nirbhaya case mandates doctor to be sensitive towards the victim while examining. But even after the guidelines of 2014 and Supreme court’s judgement in State of Karnataka v. Manjanna of 2000 which held two finger test in violation of women’s fundamental right, there are number of cases where such tests were performed. In one of the cases, the medical report said that the victim is habitual to sexual intercourse as her vagina easily admits two fingers.

Even after 2002 amendment which disallowed the defence to question the prosecutrix about her past sexual conduct for determination of commission of rape, still the two finger test pave way to the same thing. In Vinay Krishna Ghatak versus State of Rajasthan, Rajasthan High court held, “That the fact that the prosecutrix was an unmarried girl and she was habitual to intercourse further goes to show that she was a consenting party.”

Today, we are living in the 21st century, but still we are being pulled back by the harsh patriarchal, orthodox norms. Narrow provisions similar to “kachchi sadak”, i.e., weak roads, if not changed with the time will make us fall in the pit of patriarchy. At places, where guidelines and provisions are strong, their enforcement is poor. After the case of Nirbhaya, Ministry of Health and Family Welfare in 2014 gave certain guidelines and protocols for medico legal care for the victims of sexual violence, but very few states like Madhya Pradesh adopted them, and it is no wonder that even in those the condition is still vulnerable.

Today, it is required that we must stop seeing people through various filters of gender, race, caste etc, and treat them as a being, as an individual, who has basic human rights and need like any other person.