In this blog post, Maanas Tumuluri, a student of Amity University, Noida, highlights the essentials of a crime, elucidates on the importance of Mens rea and Actus Reus in the commission of a crime. 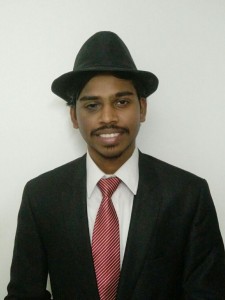 A crime is a moral wrong, committed against the society as a whole. It disturbs the peace, and some crimes may cause widespread panic and disruption of normal activities in a community (Example: – the shooting in Orlando, Florida). The burden of prosecution of a crime falls on the State, and the burden of proof falls on the prosecution. The State acts to protect the victims of the crime and to prevent the offender from committing more crimes and acts to provide justice to the victims. The State also takes measures to punish the offender and most countries have reformation programs in prison in an attempt to steer the offenders towards becoming law-abiding, dutiful citizens. An animal cannot commit a crime; hence, an essential of any crime is that it must be committed by a human being. However, crimes can be committed against animals and are punishable by law. 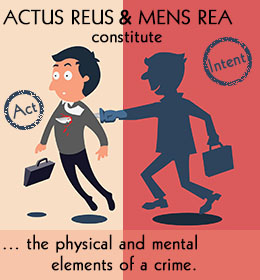 Mens rea and Actus Reus are two essentials of any crime and are the principles used in most common law countries. Mens rea is the ‘guilty mind’ or guilty intention to commit a crime, with the intention of causing hurt to another person, animal, or with the express intention of disturbing the peace. Actus Reus, however, is the “guilty act”, which is a necessity in proving that a criminal act was committed. When dealing with any crime, there are certain principles that need to be followed, and the accused is given the benefit of the doubt. The onus is on the prosecution to prove his/her guilt, beyond a reasonable doubt. The goal of the defense is to provide the judge or jury with a reasonable doubt since the principles of justice dictate that a person cannot be convicted if the charge on which he/she is accused cannot be proven beyond a reasonable doubt. 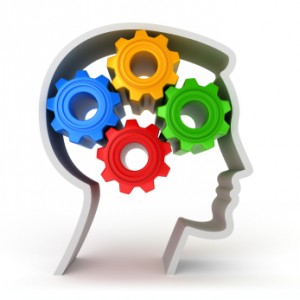 Mens rea is an essential part of deciding whether an act is culpable or not. Mens rea displays specific intent by the accused for the commission of the crime for which he is charged. The accused must be proven to have knowingly committed the crime, and had full knowledge of their actions and must have malafide intent towards the victim. Mens rea is also used in some civil suits, requiring the defendant to have been aware of the repercussions of their actions for a civil liability to arise, but usually, the Actus Reus takes precedence in cases of civil liability.

Further, an Act may be voluntary or involuntary, and the guilt is determined by the facts of the case. If a person drives while he’s drunk and involuntarily causes harm to others, he is still guilty as it was a voluntary choice on his part to consume alcohol before driving, even though the crime itself was unintentional. However, if an otherwise healthy person suffers a heart attack while driving and involuntarily causes harm to others, he are not liable and is not guilty of the crime.

Actus Reus is the physical aspect of a crime. The accused needs to have done something or omitted to do something, resulting in injury to the plaintiff, or the victim in civil cases. Without a guilty act, there can be no crime and no suit for damages can arise. An act alone does not make a crime, however, and both the intention of the person and the act itself, if such act is prohibited, combine to form the crime. In certain cases, circumstances of the case are also taken into consideration, and are often used to either conclusively prove guilt, or can be used to prove reasonable doubt of intention. (Example: – carrying a knife into someone’s house with the express intention of committing the act of murder, or driving a car on a foggy night and accidentally striking someone attempting to unsafely cross the road.)

Actus Reus can also be the omission of an act, by omitting to do something that the accused knows he is bound by duty or law to do (example: – a mother intentionally omits to feed her female child, leading to the child’s death.) The mother can legally be charged with causing death by negligence, and may also be charged with murder, if her intentions of murdering her infant can be proven in court. 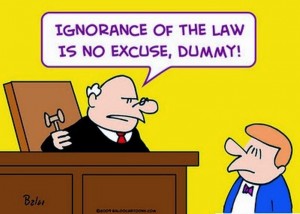 In certain cases, an illegal act may have been committed, but by mistake of fact, the accused may be excused. [Example: – If a person drives in the wrong direction in a one way lane without knowing that it is a one way (no sign boards) and causes an accident, he will not be criminally liable, and may or may not be liable in a civil court.] Ignorantia facti excusat is the legal principal used which means ignorance of fact is an excuse. Mistakes of Law are not excused, however. If a person sells an illicit substance, without the knowledge that the possession or sale of that substance is illegal, he is still completely liable for the crime. Ignorantia juris non excusat is the legal principle used in such cases, and it means, ignorance of fact of law is no excuse.

Some cases have a strict liability clause, wherein Mens rea does not matter. Cases involving statutory rape and sale of alcohol or tobacco to minors are prime examples of this. It does not matter if the accused believed that his actions were legal, he will be guilty for the crime. In such cases, Actus Reus alone is sufficient to establish guilt, and to obtain a conviction from a competent court of law.

Some crimes require a deeper level of Mens Rea, like theft. Crimes like theft involve the specific intention to deprive the rightful owner of the full use the stolen good and enjoyment of his personal property with no intention of returning the said goods to their rightful owner. However, in cases of theft, the object does not necessarily have to be removed from the victim’s immovable property (Example: – A person steals a diamond ring belonging to ‘A’ and hides it in a flower vase, in ‘A’’s house with the intention of retrieving the ring later and with no intention of returning it to ‘A’. The moment the ring is taken from the location where ‘A’ left it, theft has been committed, and the thief can be prosecuted.) Cyber crime is simpler since theft of digital data cannot be accidental, and theft of identity, data and confidential information is done with malicious intent to harm the reputation of the victim or to get wrongful gain from the use of someone else’s property or resources.

4 essential elements of a crime

In conclusion, the four essential elements of a crime are:- (1) the crime must be committed by a person, (2) there must be hurt or injury caused to another, (3) there must exist an Actus Reus, (4) there must be a Mens rea to commit the crime, with certain exceptions.