This article is written by Janhavi Dudam, pursuing a Diploma in Intellectual Property, Media and Entertainment Laws from LawSikho.com.

Mercedes has been engaged in motor racing since long before the word ‘Motor Racing’ was even coined. In 1926, a German industrial machine production company, Benz & Companie Rheinische Gasmotoren-Fabrik (Benz & Cie), and a German engineering company, Daimler-Motoren-Gesellschaft (DMG), merged to form the Mercedes-Benz marque, that we know of today. Its motorsport history can be traced all the way back to the first-ever automobile rally, the 1894 Paris-Rouen, where Émile Roger finished 14th in a single Benz car.

DMG designed its first racing car in 1902, the Mercedes Simplex, on the other side of the future partnership. Before World War I, car-dominated racing. With the Blitzen-Benz (introduced in 1909) and the Benz Tropfenwagen (introduced in 1921), Benz remained involved in motor racing throughout the 1910s and 1920s. By the end of the 1920s, Benz & Cie had run into financial difficulties, forcing the company to merge with DMG and form Daimler-Benz.

The glorious history behind Mercedes-Benz

Mercedes-Benz agreed to return to Grand Prix racing in 1953. After a 14-year hiatus, Mercedes returned to F1 in 1954. (the F1 championship was established in 1950). The team, led by Alfred Neubauer, entered their newest vehicle, the Mercedes-Benz W196, an advanced machine that came in two versions: an open-wheeler and a broader streamlined version. Mercedes competed in F1 for the first time in 1955. Unfortunately, the Mercedes brand would not return to F1 until 1994, as a result of the 1955 Le Mans tragedy.

Mercedes-Benz returned to F1 in 1994, after purchasing a stake in Ilmor, a British F1 engine manufacturer. Daimler-Benz bought a 25% stake in Ilmor in 1993, increased it to 55% in 2002, and became the sole owner in 2005. Mercedes began supplying its engines to the newly founded Brawn GP team in 2009. Mercedes returned to F1 as a works team in 2010 after Daimler AG purchased a 45.1 % stake in Brawn GP, with Aabar Investments purchasing a further 30 % stake.

Including the first car race in 1894 to the most recent participation in motorsport, Mercedes-Benz and its predecessor brands have a long history in motorsport. Racing and rally cars have always been at the forefront of sporting activity since the 19th century. Their triumphs are a result of cutting-edge technology, the drivers’ unwavering desire to succeed, and effective teamwork.

Carbon fibre monocoques, “flappy paddle” semi-automatic transmissions, sequential transmissions, improved control electronics for anti-lock brakes, traction control, and engine management, as well as fuel efficiency, aerodynamics, and energy recovery systems have all come from F1. While patent applications for F1 technologies can be difficult to locate and recognize, there are several applications that are considered F1 technology that has or will be incorporated into road vehicles.

EP 1,402,327 B2 is one of those examples. The patent covers an inerter, which, along with springs and shock absorbers, is the third component of a suspension system. The device was kept hidden for years thanks to a non-disclosure agreement between Cambridge Enterprise and McLaren, which was codenamed “J-damper.” It was first used in 2005 on a McLaren vehicle, and it improved mechanical grip and handling. Penske now provides it to every F1 team. 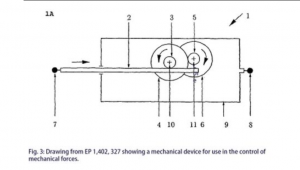 A KERS patent, GB 2,469,657 (B) or EP 2,422,110 (B1), named “Flywheel Assembly,” is another well-known F1 patent. Williams Hybrid Power Ltd, a subsidiary of the group that owned Williams F1, filed the application. This was one of the first Kinetic Energy Recovery Systems patents, and it was part of a large patent portfolio. GKN bought the portfolio in 2014 intending to improve public transportation technology.

Furthermore, the new V6 hybrid turbo engine formula has made significant advancements in energy recovery system performance, using both kinetic and thermal energy, to the point where Mercedes claims to have surpassed the 50% thermal efficiency mark. The engine formula was chosen specifically for this purpose – to be applicable to road cars so that new technologies can be implemented. Perhaps we’ll soon see Mercedes-Benz road cars with patented technology – perhaps patented split turbocharger technology, a concept borrowed from Daimler’s truck division?

Why don’t all F1 engines get patented?

As one would expect, the answer is complicated, and there are many explanations why F1 teams do not seem to be involved in legal battles or actively filing patent applications for new technologies that improve F1 car performance. According to a blog by James Allen, an F1 correspondent, who quoted a “Senior F1 Engineer,” the most common explanation given for the lack of patents in F1 is that ‘because if a team takes out a patent on a design, that then locks in an advantage that other teams cannot access,” it is said. As a result, by the end of the season in question, the other teams will simply vote it out through the FIA Technical Working Group process.”

To keep the sport entertaining, the F1 world needs as many cars fighting for the win as possible. As a result, FIA rules are in place to keep the playing field level. Because of these rules, if an F1 team tries to enforce a patent, the FIA will rule the patented technology illegal, and the patent holder will be unable to use their patented technology in a race. So, one of the key reasons for the lack of patent conflicts in F1 is due to the fact that the players in the sport are unable to profit from a patent in the same way that their parent companies can outside of the sport. As a result of the above, securing a patent to cover an F1 team’s innovations does not seem to be worthwhile.

The essential factor of time constraint

Time constraint is another factor. It’s important to note that F1 is a global championship that includes a wide range of countries. Since protection only comes into effect once a patent request is accepted, other teams may create similar processes or technologies to counteract any tactical advantage. To keep their advantage during the season, the inventor will need a granted patent in at least each country that hosts an F1 race. Australia, Brazil, China, France, Mexico, the United Kingdom, and the United States are just a few examples of territories.

It will be a time-consuming and costly procedure to file different patent applications. The Patent Cooperation Treaty of 1970 is a more convenient solution, but it can take up to 18 months to finish. As a result, any technological advantage gained after completion would be negligible. In the end, teams prefer to shield their inventions by confidentiality rather than patents. The team’s competitive advantage would most likely be lost if they were to reveal the method while applying for a patent. Trade secrets, on the other hand, are knowledge that has commercial value because it is confidential by definition. 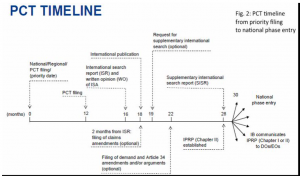 Trade secrets : a common method used by F1 teams to protect their inventions

Trade secrets are the most common method used by F1 teams to protect their inventions. A trade secret is described in Article 39 of the TRIPS Agreement as information that is not widely known or available to persons within circles who usually deal with that type of information, has commercial value because it is secret, and has been subjected to fair efforts to keep it secret. As a result, the teams are exempt from disclosing any details about the inventions, especially those concealed within the bodywork. The teams go through great lengths to keep their details hidden, including utilizing screens and covers at the race track to conceal the actual car to issuing encrypted USB devices to avoid the leakage of digital data and designs.

In this case, Ferrari initiated an investigation and sued McLaren after its technical manager passed and leaked confidential information about the team’s budget, engines, and technical report, as well as allegations that Ferrari had cheated and won the 2006 Australian Grand Prix. The leaked documents also included 780-page documents related to the 2007 Ferrari F1 car, which resulted in a USD 100 million penalty for McLaren and his exclusion from the 2007 Constructors’ World Championship.

Only four companies—Ferrari, Honda, Renault, and Mercedes supply engines and form the grid of the entire F1 sport, so keeping (Teams) each other’s secrets while designing their own engines to win championships is quite the challenge in F1, particularly in terms of IP, as they must secure some kind of traction in their own trade secrets.

Each F1 team collaborates with a variety of partners or sponsors to achieve the ultimate goal of winning. This can be achieved by technological collaborations such as those between Mercedes and Petronas in the development of more efficient combustion fuels or improved lubricants. Mercedes-Benz and Daimler have also developed an advanced NANOSLIDE® engine coating that is protected by more than 40 patents. The ultra-thin, low-friction coating eliminates friction between the cylinders and the engine block, resulting in fuel savings.

Another of Mercedes’ collaborators Epson has over 50,000 patents and files over 4,000 new patent applications per year. Mercedes uses patented products and processes to aid in the design and construction of championship-winning cars. F1 innovations aren’t limited to automotive engineering partnerships. Patentable innovations are often generated by partnerships between F1 teams and apparel or fitness equipment companies. For example, Williams’ relationship with Cybex, a fitness equipment manufacturer with over 90 patents, provides the drivers with some of the best equipment available to physically train for a race.

Renault has previously collaborated with Athletic Propulsion Labs, a company that specialises in athletic footwear and clothing. For the team to wear, APL designed shoes that were at the peak of footwear technology. While you may assume that shoes have nothing to do with F1, a mechanic who works around the clock would appreciate a lightweight, high-end shoe to protect their feet. The Load N’ Launch® technology from APL helps increase vertical leap, which could be especially useful for a front jack man facing an F1 car that has gone off track!

To conclude, patent protection is unusually absent in Formula 1, despite its prevalence in other high-tech fields. Since obtaining a patent takes years, teams forego the right to patent their engine designs. Any patented design would almost certainly become obsolete by the time the patent is granted in the ever-changing Formula 1 world, where data changes on a daily basis. As a result, teams are forced to maintain their competitive edge through trade secret protection. To protect its confidential information, Mercedes has implemented a “USB Storage Pen Device Usage Policy,” which states that “the devices produced by [Mercedes’ High-Performance Powertrains (“HPP”) division] will be the only devices for use under HPP IT security compliance and encryption requirements.” It is specifically forbidden to use any USB devices other than those provided by HPP.