This article is written by Kanchan Verma, Certificate Course in Prevention of Sexual Harassment at the Workplace from LawSikho.com. Here she discusses “Impact of “METOO” Movement on Implementation of POSH Law”.

Sexual Harassment of Women at workplace has been in existence for many years, right from the time women were emancipated and stepped out of the security of their homes and tried to work alongside men. This was not easily accepted by the males who thought these women were available and free with their favors and that they actually belonged within the four walls of their homes and in the kitchen. The role of women was essentially considered to be that of a procreator and homemaker. There was a change in the attitude of women but no such change in the men. At the workplace, there were no rules or guidelines specified as to what constituted Sexual Harassment and what the women could do about it. If a woman was harassed at workplace, her course of redressal was  to lodge a complaint under Section 354of the Indian Penal Code 1860, that dealt with criminal assault of women to outrage a woman’s modesty, and section 509 that punishes an individual for using words, gestures or act intended to insult the modesty of any woman. However, the women were hesitant to take such a drastic step as it could backfire on them and they could lose their jobs and reputation, ours being a male dominated society.

During 1990’s Rajasthan State Government employee, a  Dalit woman Bhanwari Devi who tried to prevent child marriage, which was a duty as part of her job working on Women’s Development Program, was gang raped by the landlords of the Gujjar Community. These landlords were enraged and to teach her a lesson they had raped her. As according to them she came from a low community and they were the feudal patriarchs and she had no right to do anything or speak up against them. The victim Bhanwari  Devi did not get justice and the landlords went scot free. A woman’s rights group called Vishaka was enraged by the decision of the court and they filed a PIL in the Supreme Court of India. This incident revealed and brought the hazards and evils faced by women at workplace on a day to day basis to the Supreme Courts notice.

In 1997 , the Supreme Court passed the landmark judgment in the above case and laid down guidelines to be implemented in cases of Sexual Harassment at Workplace , which were known as the “Vishaka Guidelines”. The Court felt that this was necessary to uphold the rights and dignity of women and for gender equality and the right to work with dignity under Articles 14, 15, 19 (1)(G) and 21 of the Constitution and safeguard interests of women at workplace.

These Guidelines for the first time defined the precise meaning of Sexual Harassment and what acts constituted harassment. It specified the procedure for the victim and the respondents, the punishment or penalty and the employers obligations towards the cause, prevention and redressal.

However, there were many lacunas in the guidelines. Many employees were not included in the employee list and workplace was not clearly defined. There was ambiguity and many organizations did not follow the Vishaka guidelines.Considering the importance of Women at workplace and the effects of Sexual Harassment, India’s first legislation “Prevention of Sexual Harassment of Women at Workplace (Prevention, Prohibition and Redressal) Act, 2013 was enacted. (POSH). It was enacted under the Ministry of Women and Child Development. Sexual Harassment created not only an insecure and hostile environment but also affected the woman’s performance at work. It also affected their social and economic growth and put them through a lot of physical, emotional and psychological stress. This Act was more specific than the Vishaka Guidelines and stated the exact meaning of Sexual Harassment, employee, workplace, the role and responsibility of the Employer, The internal Complaints Committee, complaint processes and procedures, penalties and redressal, actions for preventing such cases by holding training and workshops. It was mandatory for all organizations with 10 or more employees to set up an Internal Complaints Committee. Action could be taken in case of noncompliance.

Despite the Act being passed, there were still many cases of Sexual harassment and unfortunately a large percentage of those went   unreported. Despite the advances in society, many women were not reporting such cases-

Firstly-they were not clear of what constituted sexual harassment as the employer was not taking this seriously and there were no training and updates on exact meanings.

Secondly, even in this day and age, women were not confident enough to complain about these issues especially in case where the harasser was the Boss himself or very often a senior, out of fear of losing their job and reputation.

Thirdly, the employers had not formed the Internal Complaints Committee or the employees were not updated and not aware of whom to complain to or of the complaint and redressal procedures.

Most companies ensured compliance but overlooked the spirit of the law. The processes were in place, ICC was set up and training was imparted. However, there was no shift in the attitude of the stake holders. This brought about the #Me Too movement, which had a greater impact than the Act itself. It made the organizations sit up and act to avoid reputational risks and loss in branding.

In 2006, Civil rights activist Tarana Burke used the phrase ‘” ME TOO” to raise awareness on the existence of sexual harassment. She wanted to spread the message to the woman survivors that “You’ve been heard and understood”. However, in 2017 actress Alyssa Milano helped start the current phase of the movement to emphasize on the “magnitude of the problem”. It became a grassroot campaign for women of color who experienced sexual abuse.

In India the movement was started in 2018. This on social media became a shout, a semaphore, as all women shared their experiences of being harassed by male coworkers, supervisors or people they met in the course of their work. The biggest advantage of it has been to bring the issue to the fore. It is no longer an issue to be discussed in hushed tones. As it is said, “what was not heard was not seen”. It is most important to voice something, be heard and only then can it get redressed. Now thanks to the Me Too era, organizations have no choice but to sit up and listen and take quick action. Because if they don’t, there is a public platform for women to ensure they are heard.

Question is – What actually changed after this Me Too movement. What has been its impact on the POSH Act which was already in existence since 2013?

This movement was basically to raise awareness of the prevalence and effect of sexual harassment despite all the laws being in place. It was a movement to create a change and end sexual harassment. It provided courage and support to survivors. Many powerful men lost their jobs THOUGH It was not really about getting men fired.

#Me Too got the organizations waking up to dust the sexual harassment policies out of their bottom drawers and refocusing on training.

Silence was shattered. The movement marked the beginning of a cry against sexual harassment. All those who finally spoke outdid to get justice or be heard or in solidarity with other women. It saw women coming out of the closet and emboldened. Many women have taken the brunt of the patriarchal male behavior for too long where they were considered as playthings and often senior males at that. It made women wary of complaining despite the complaint processes being in place.

MeToo increased awareness about the prevalence of sexual harassment at work and redress measures available.

Me Too movement stirred companies into action. There was alertness across corporate India. It jolted them out of their passiveness.

All companies took note to comply with the POSH Act which makes it mandatory for companies with more than 10 employees to set up an Internal Complaint Committee which had not been taken seriously earlier or totally ignored.

There was renewed focus on doing sessions with women, getting their feedback on the office situation. Giving training on aspects of harassment and getting feedbacks of any complaints and reassuring them of support.

Many Companies now feared negative publicity and undertook due diligence of all senior persons profile and encouraged self-reporting. 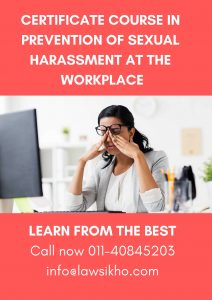 Organizations realized that if the women did not get a chance or choice to complain, they may speak out in public, on social media or go to the police.

Many companies have gone beyond the legal requirements and put gender neutral policies in place.

The new employees also who were normally the targets are emboldened by this movement and upfront asked about the ICC and complaint procedures.

Earlier various service oriented industries like advertising, travel, hospitality, even cinema where they were very complacent about the liberal attitude and some actions and gestures were considered normal saw an attitudinal change.

It has caused fear in the minds of perpetrators, who will think twice before doing something.

Many skeletons are coming out of the cupboard, all this is being taken seriously by ICC and victims are getting justice. Even the lower level employees are feeling empowered.

In many counties, many more workers have come in the ambit of “employees”. Many domestic and farmworkers have been included. Some states have expanded their law to cover independent contractors.

For many, it is expensive to bring about a suit, the employers are providing all assistance to the victims to complete the complaint procedures and if need be to file FIR. Some organizations have set up legal funds to assist such victims.

YES, the #ME TOO movement has definitely impacted the implementation of the POSH ACT. But why should we wait for such movements to accelerate the following of laws which are our rights in the first place. We need to find ways to end such abuse and uphold the dignity of the women.

An excellent way to ensure fairness to women and gender equality is to have more women in the organization at various levels. More the women, more will their voice gather strength which will lead to strong social action. The movement of crowd always prevails. It is up to us how we stand tall and move forward. 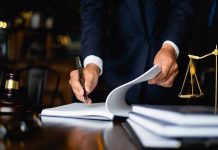 The Essar Steel tales : key characters and their roles in Insolvency and Bankruptcy Code