This article is written by Gitika Jain pursuing BBA.LLB(Hons) from Amity University, Kolkata. This article deals with the bond, minorities share with Indian democracy.

Franklin Roosevelt once said that no country can survive for long unless and until it accepts the very basic fundamental democracy can only exist when the rights of the minorities are being recognized. Considering that democracy cannot be without minorities and where there is no democracy the question of minorities does not arise at all. The amount of confidence and security enjoyed by minorities and democratic countries is a ground upon which the interdependence of minorities in a democracy can be laid. India is a civilized country. The pillars of this great civilization are its nature of accepting diversities.

According to a report of UN, the estimated population in India in 2019 was 136.6 crore out of which 80.5% of Hindus, 13.4% are Muslim, 2.3% of Christians, 1.9% are Sikhs, 0.8% are Buddhists, 0.4% are Jains and 0.6% are others. Minorities, therefore, are a group of people who are secluded from society just because another group of people is more in number and minority groups are in a non-dominant position than a majority group. Therefore they feel suppressed and it’s evident for them to feel the way they feel in a democratic country.

Democracy is practised everywhere not only in a country but also in every small sphere of life like in a classroom of 50 students 45 of them want Mr A to be the class monitor but the rest 5 students had different opinions. Considering this hypothetical situation, the group of these 5 students will be categorized as a minority group and would be secluded from the 45 students of the majority group because of differences in opinion. However, there is no doubt that democracy has created a space for individual liberty and human rights. Democracy has created an environment where the rights of individuals are valued more than anything else. But we should also not ignore the fact that with everything that democracy is providing there is an additional responsibility to maintain a balance between individual rights and group rights.

The main pillars of democracy:

Deciding the idea of making a democratic country and bringing it into practice isn’t easy. Some inalienable rights are provided in a democratic country such as freedom of speech and expression, freedom of religion and conscience, freedom of assembly, right of equal protection before the law. Though this is not an exhaustive list of the rights that a citizen enjoys in a democracy these are the core rights. These rights are the proof of a fact that their independence from the decisions of the Government cannot be taken down under any circumstances. Democracy, therefore, is both a promise and the challenge. A promise of life liberty and happiness and the challenge to maintain the promise.

Religious freedom through the Constitution

India, the world’s second-most populous country is home to millions of people from different religions. Religious freedom has been explicitly protected under the Constitution of India. Hinduism holds a vast majority i.e. 4/5th of the country’s population and is increasing day by day leading to new assaults in the country’s religious freedom. Abuses of religious freedom in India had attracted international attention, especially in the era of the Modi government. The protection of religious freedom has been stated under Article 25 of the Indian Constitution that all persons are equally entitled to enjoy freedom and have the right to practice any religion. India’s minority religious group’s rights that all together constitute one-fifth of India’s population have also been protected in the Indian Constitution.

The Constitution provides for the protection of these minorities right and prohibits any kind of discrimination based on religion. Article 26 of the Indian Constitution also provides corporate freedom of religion that governs the relationship between the states. According to Article 26, every religion will have the right to open religious institutions or to manage affairs related to religion or to own any property as per the laws passed by the state. The articles passed in favour of the protection of religion clearly states that freedom of practising any religion is a fundamental right provided by the Constitution. There are some cases where the judicial definition of religion arose. They are:

Indian democracy once upon a time was considered remarkable but with the passage of time, it has been weakened by the rise of nationalism and threat to religious minorities. For quite a long time Indian democracy had been surviving against the odds. India is home to two major religious communities- Hindus and Muslims. Besides this, India has Christians, Sikhs, Jains, and Buddhists. Indian society has created the foundation for pluralism. One of the reasons is that throughout the country many religious communities are distributed. Another reason can be that Indians hold a number of identities- caste, religion, linguistic, religious, ethnic which prevented anyone to become preeminent. The current Modi government has therefore sought to line Indian nationalism with Hindu nationalism.

What are the minority rights in India?

There has been moral and political theory in the 17th century that man has certain basic rights which the state needs to take care of to have an effective democratic life. Part 3 of the Indian Constitution provides for the basic fundamental rights. Article 15, 16, 19, and 29 are some fundamental rights guaranteed to the citizens.

The continuous violence and crimes against the minorities that are Muslims, Sikhs, Christians have been popping up on daily in India. This issue came up in the eighth session of the UN forum at Geneva. It was held in that section that the rights of minorities are in virtual collapse. The Supreme Court had also stated that the majority of the arrest and detention is illegal in Ram Narayan Agarwal vs State of UP. About 1.8 million people who are minority communities are tortured in police custody every year. The word murder of minorities has been replaced by the term encounter killings. Torture have increased to such a huge extent that it questions the credibility of the rule of law and criminal justice.

The Indian Constitution does not define the term minority but it defines minorities based on religion and language. their rights that have been laid down in part 3 of the Constitution are legally enforceable and the rights which have been laid down in part 4 of the Constitution are not legally enforceable by law. The Government of India set up the National Commission on minorities in 2005. Jains joined the minority list in 2014. The issues of minorities are dealt with by the Ministry of minority affairs and ministry of home affairs in the Government of India. No doubt the constitution of India needs an amendment to take care of violence against minorities especially Muslims. There is no specific protection for minorities in the Indian Constitution. The judiciary, police, and prosecution are not at all sensitized to this issue. Rajendra Sachar committee 2005 identified the disabilities that the Muslims in India face. The Christians and Sikhs are much smaller victims but they are still victims.

Is Indian creeping from democracy to thugocracy

The essence of democracy is to protect the rights of minorities and India is failing to do so. Today, a large number of farmers remain in distress, youth do not have jobs, debts are increasing day by day and exports remain uncompetitive in the market. Corruption is another thing that is increasing at a fast pace. In the name of democracy, majority, and minority, the debate is happening all over the world, Hindu nationalists are revolting all around. Sadly but steadily India is creeping from the world’s largest pretend-democracy to thugocracy. The judiciary which is supposed to raise voice against business mishaps is acting timid, erratic, and sometimes even compromised. In the largest states of India police brutality against the killing of minorities has become a routine. In a situation like this when the laws are not socially legitimate and when the central government actions are technically legal we as an individual should follow Gandhiji who taught Indians non-violence and then some flickering light in the surrounding darkness will follow.

Why do minorities feel alienated in India

Once Prime Minister Narendra Modi stated that he will win the trust of minorities and will take down the fear that exists in minorities. Like every coin has two sides so does the statement of the Prime Minister have. The statement was interpreted in two different ways. The first one being a negative interpretation by political observers who thought that the Modi Government needs to do more about this. The second one was an optimistic interpretation of Mr. Modi’s statement.

The myth of fear of alienation in minorities is certainly not a myth but something that exists and expects the government to respond to their anxiety. But why do minorities feel the way they feel? This question has to do something with the political mechanical process in the last 5 years. The reasons can be discourse and events of violence. The media has played a significant role in creating anti-Muslim Hindu discourse in the last five years. Each and every process has been tried to put into the minds of the citizens of India that Muslims are the main problem of the country. For example, the married life of Muslims is anti-social, the death of Muslims is Anti National, etc. This anti-muslim theory is not into the minds of Hindus and impacted in different possible ways. issues like love jihad, Ghar Wapasi, Ram temple, and ban on the triple talaq system are some of the examples.

In a free democracy like India, minorities should never feel oppressed. To sum up it can be said that the obligations of the constitution to protect the rights of minorities from operation wardens discrimination matters a lot. Mahatma Gandhi once rightly said that the civilized nature of a country should not be judged by the way it treats minorities. Though the record of India in this change since independence does not appear to be satisfactory we still wish that democratic ideas in the preamble of the Indian Constitution will someday be a reality for minorities as well. 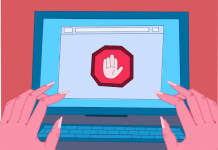 Internet censorship : misuse of the Freedom of Speech and Expression 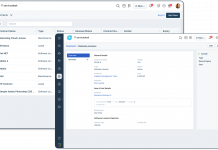