This article is written by Kartikeya Kaul, a first-year student pursuing a BA.LLB. from Symbiosis Law School, Noida. This is an exhaustive article dealing with the Minority Protection under Company Law.

Despite the provisions laid out in the Companies Act 1956, the minorities didn’t have enough time and resources, so they found themselves incapable of exercising their rights. So, this leads to the formation of Companies Act 2013, in which the interests of minority shareholders were taken into consideration and they were protected.

So, if in case, the minority has been treated unfairly in the company, the freedom to approach an appropriate body should be established in the course of law in order to protect the interests of the minority shareholders.

The rule in Foss v Harbottle

A Rule of Corporations law: shareholders do not have a separate course of action for anything wrong which may be inflicted by a corporation.

The doctrine of ultra vires is a fundamental rule in company law. It states that the affairs of the company has to be in accordance with the clauses in the memorandum of association and cannot contravene its provisions.

Fraud on minority refers to the unjust exercise of voting powers done by the majority shareholders of the company. It is based on the evidence of failure to cast votes that would benefit the company as a whole. As the majority of the company commits a fraud on the minority, a resolution is passed which makes the voting voidable.

This happens in Section 114 of the Companies Act 2013, where a resolution becomes a special resolution when the intention to propose a resolution as a special resolution has been duly specified in the notice calling, the notice calling or other resolution given by the members. Also, if a notice under this act is duly given and whether the votes are cast in favour of the resolution, whether by show of hands/electronically/ballot paper or in any form of a poll, as the case may be, by members who vote in person or proxy or by ballot post, are needed to be three times the number of votes, if any, cast against the resolution of members so entitled to voting.

It has been seen that where the wrongdoers control the company and thus prevent it from bringing into action, the courts will allow shareholders to do so, on the company’s behalf in order to obtain redress by way of a derivative action. By liberalising and adapting an extensive reading into the scope of the wrongdoer control test, this decision provides useful judicial clarification on the rights and the remedies present in a true deadlock situation.

There are certain rights of members of a company which they can enjoy in their individual capacity. These rights are contractually based and cannot be taken away except with the written consent of the concerned member. The individual rights of a member arise in part in the form of a contract between the company and a member who is known to be a member of the company, and in part from the general law. Under the contract of his membership, some individual/personal rights are-

Prevention of Oppression and Mismanagement

Section 397(1) of the Companies Act provides that any member of a company who complains that the affairs of the company are being conducted in a manner prejudicial to the public interest or it is oppressive to any member or members may apply to the tribunal for order thus to protect his or her statutory rights.

The tribunal with the view of all the matters that were complained to them, may then afterwards give their final decision as they may deem fit.

Section 397 of the Companies Act states the members of an organization shall have the right to use under Section 397 or 398 of the Companies Act. According to Section 399 wherever the company is with the share capital, the application should be signed by a minimum of a hundred members of the company or by a tenth of the total range of its members, whichever is a smaller amount, or by any member, or members holding a tenth of the issued share capital of the company.

Where the company is without share capital, the application needs to be signed by a fifth of the entire range of its members. A single member cannot gift a petition under Section 397 of the Companies Act. The personal representative of a deceased member whose name is once more on the register of members is entitled to petition under Section 397 and 398 of the Companies Act.

Under Section 399(4) of the Companies Act, the Central Government if the circumstances exist authorizes any member or members of the corporate to apply to the court and also the demand cited above, may be waived. The consent of the requisite number of members is needed at the time of filing the application and if a number of the members withdraw their consent, it will in no way build any impact within the application. The other members may very well continue with the proceedings.

Oppression is the exercise of authority or power during a heavy, cruel, or unjust manner. It may also be outlined as associate act or instance of oppressing the state of being oppressed, and the feeling of being heavily burdened, mentally or physically, by troubles, adverse conditions, and anxiety.

The Supreme Court in Daleant Carrington Investment (P) Ltd. v. P.K. Prathapan, held that increase of the share capital of a company for the sole purpose of gaining control of the company, where the majority shareholder is reduced to a minority, would amount to oppression. The director holds a fiduciary position and will not issue shares on his own. In such cases, the oppressor wouldn’t be given a chance to buy put the oppressed.

The present Companies Act 2013 provides the meaning of the term “mismanagement”. When the affairs of the company are conducted in a manner to be prejudicial to the interests of the company or its members against the public interest, it amounts to mismanagement.

The power to appoint a director of a company when his position is vacant falls under Section 167(3) of the company Act, where the promoters of the company, or their absence, the government at the centre shall hold the power of the appointment of the required number of directors to hold the office until the directors are appointed by the company in a general meeting.

Although the standard operating procedure does not mention anything about where the central government shall call for such a general meeting to get the required number of directors appointed, it states that the shareholders can appoint the minimum number of directors.

Power to prevent change in board

Here, we are referring to Section 409 company law – Power of Company Law Board to avoid change in the Board of directors prone to influence company preferentially or prejudicially:

The Companies Act 1956 provides for investigation of companies under Sections 235 – 250A of this act. The central government may appoint investigators to focus on issues regarding public interest or on the basis of a special resolution, or on the request of courts/tribunals or from members of the company having a specific amount of shares, as specified.

When an investigation has been ordered with the request of an applicant, the central government will recover the expenses of the investigation from the applicant itself.

On the report given by Registrar

The registrar may also have the power to call for documents, records as required under the law. If from some random scrutiny, sufficient grounds arise warranting investigation of the company, the same may be considered by the central government.

The Central government may select any official of government, any private expert or gathering/firm of experts as an inspector for examination. It ought to anyway be guaranteed that there is no irreconcilable situation. The Inspector/Investigator or his accomplices ought not have any material association with the corporate entity or its holding or auxiliary elements.

The present arrangements identifying with forces of the inspector, duties of directors, officials or different people throughout the investigation, discipline for non-creation of records and furnishing of bogus data and other related issues might be held. The Act may accommodate appropriate punishment for wrecking or ravaging company’s records by its director or officials. The arrangements of examination ought to likewise be stretched out to remote organizations which are doing business in India.

Investigation of ownership of the company

The law should lay down the liability for compliance for management/owners controlling the interests of the companies, combined with a system of oversight through random scrutiny of the filing of documents by the companies.

Investigation of ownership of shares

The central government may also hire investigators and may investigate the company having a requisite number of shares as may be specified.

Restrictions upon transfer of shares and debentures

Section 250, the imposition of restrictions upon shares and debentures and prohibition of transfer of shares or debentures in certain cases.

Wherever a transfer of shares in a company has taken place and as a result therefrom a change within the composition of the Board of administrators of the company is probably going to take place and therefore the Company Law Board, is of the opinion that any such amendment would be prejudicial to the general public interest, it may, by order, direct that –

Wherever shares in any company are issued in dispute of such of the restrictions as could also be applicable to the case in sub-section (2), the company, and each officer of the corporate who is in default, shall be punishable with fine which can reach fifty thousand rupees. A prosecution shall not be instituted under this section except by, or with the consent of the Central Government. This section shall apply in regard to debentures because it applies in reference to shares.

Administrative and quasi-judicial controls imply that the company may have such controls over the member’s shareholdings.

National company law tribunal is a quasi-judicial body that relates to issues regarding Indian companies.

An advisory committee is also set up by the government of India, giving its advice regarding the problems faced based on company law.

Power of Securities and Exchange Board of India

Securities and Exchange Board of India (SEBI) is a statutory administrative body entrusted with the responsibility to direct the Indian capital markets. It screens and directs the protections to advertise and ensures the premiums of the financial specialists by authorizing certain standards and guidelines.

Hence, we can say that Company Law is one of the most important laws in the country as it helps in protecting the interest of people, especially minority shareholders. Now, after the amendment of the company act, we can see that minorities can no longer be exploited against and are fully protected under this Act.

To brace your knowledge on GST, please Click Here. 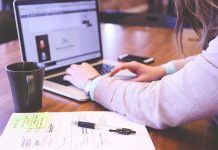 Incorporation of a Company under Section 8 of the Companies Act, 2013 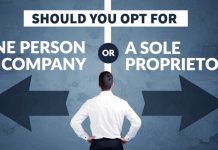 Are One person companies (OPCs) better than sole proprietorships? How?