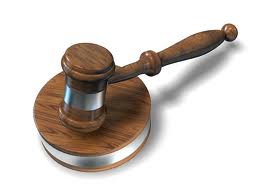 Advocates in India constitute a privileged class that enjoys the exclusive right to practice law. As officers of the Court as well as agents of the client, the advocate has to adhere to a standard of conduct which is befitting of his status and responsibility. It may be noted that under the Advocates Act, the concerned State Bar Council can take disciplinary action against any advocate who is found to be guilty of professional or other misconduct. The use of the word ‘other’ clearly indicates that misconduct does not merely refer to professional misconduct – it could refer to any misconduct, whether in the professional capacity or otherwise.

To understand the scope and implication of the term ‘misconduct’, the context of the role and responsibility of an advocate should be kept in mind. Misconduct is a sufficiently wide expression, and need not necessarily imply the involvement of moral turpitude. ‘Misconduct’ per se has been defined in the Black’s Law Dictionary to be “any transgression of some established and definite rule of action, a forbidden act, unlawful or improper behavior, willful in character, a dereliction of duty.” In a different context, the Supreme Court has opined that the word “misconduct” has no precise meaning, and its scope and ambit has to be construed with reference to the subject matter and context wherein the term occurs. In the context of misconduct of an advocate, any conduct that in any way renders an advocate unfit for the exercise of his profession, or is likely to hamper or embarrass the administration of justice may be considered to amount to misconduct, for which disciplinary action may be initiated.

The Supreme Court has, in some of its decisions, elucidated on the concept of ‘misconduct’, and its application. In Sambhu Ram Yadav v.Hanuman Das Khatry,[1] a complaint was filed by the appellant against an advocate to the Bar Council of Rajasthan, that while appearing in a suit as a counsel, he wrote a letter stating that the concerned judge, before whom he suit is pending accepts bribes, and asked for Rs. 10,000 to bribe and influence the judge to obtain a favourable order. The Disciplinary Committee, holding that the advocate was guilty if “misconduct”, stated that such an act made the advocate “totally unfit to be a lawyer.” The Supreme Court, upholding the finding of the Rajasthan Bar Council held that the legal profession is not a trade or business. Members belonging to the profession have a particular duty to uphold the integrity of the profession and to discourage corruption in order to ensure that justice is secured in a legal manner. The act of the advocate was misconduct of the highest degree as it not only obstructed the administration of justice, but eroded the reputation of the profession in the opinion of the public.

In another case, Noratanman Courasia v. M. R. Murali,[2] the Supreme Court explored the amplitude and extent of the words “professional misconduct” in Section 35 of the Advocates Act. The facts of the case involved an advocate (appearing as a litigant in the capacity of the respondent, and not an advocate in a rent control proceeding) assaulted and kicked the complainant and asked him to refrain from proceeding with the case. The main issue in this case was whether the act of the advocate amounted to misconduct, the action against which could be initiated in the Bar Council, even though he was not acting in the capacity of an advocate. It was upheld by the Supreme Court that a lawyer is obliged to observe the norms of behavior expected of him, which make him worthy of the confidence of the community in him as an officer of the Court. Therefore, inspite of the fact that he was not acting in his capacity as an advocate, his behavior was unfit for an advocate, and the Bar Council was justified in proceeding with the disciplinary proceedings against him.

It may be noted that in arriving at the decision in the case, the Supreme Court carried out an over-view of the jurisprudence of the courts in the area of misconduct of advocates. It reiterated that the term “misconduct” is incapable of a precise definition. Broadly speaking, it envisages any instance of breach of discipline. It means improper behavior, intentional wrongdoing or deliberate violation of a rule of standard of behavior. The term may also include wrongful intention, which is not a mere error of judgment. Therefore, “misconduct”, though incapable of a precise definition, acquires its connotation from the context, the delinquency in its performance and its effect on the discipline and the nature of duty. To sum up, it must be improper or wrong behavior which is willful in character. It may involve moral turpitude, but is not a mere error of judgment, carelessness or negligence in performance of duty.

The advocate, as an officer of the Court, also has the responsibility to render services of sound quality. Lapses in services in the nature of absence when the matters are called out, the filing of incomplete and inaccurate pleadings – many times even illegible and without personal check and verification, the non-payment of court fees and process fees, the failure to remove office objections, the failure to take steps to serve the parties are not merely professional omission. They amount to positive dis-service to the litigants and create embarrassing situation in the court leading to avoidable unpleasantness and delay in the disposal of matters, and detrimentally affects the entire judicial system.[3]

Furthermore, as the officers of the court the lawyers are required to uphold the dignity of the judicial office and maintain a respectful attitude towards the Court.[4] This is because the Bar and the Bench form a noble and dynamic partnership geared to the great social goal of administration of justice, and the mutual respect of the Bar and the Bench is essential for maintaining cordial relations between the two.[5] It is the duty of an advocate to uphold the dignity and decorum of the Court and must not do anything to bring the Court itself into disrepute, and ensure that at no point of time, he oversteps the limits of propriety. Imputations of partiality and unfairness against the Munsif in open Court would constitute professional misconduct since such behaviour is not merely a matter between an individual member of the Bar and a member of the judicial service; it brings into disrepute the whole administration of justice.[6]

Likewise, in the case of N.G. Dastane v. Shrikant S. Shinde,[7] where the advocate of one of the parties was asking for continuous adjournments to the immense inconvenience of the opposite party, it was held by the Supreme Court that seeking adjournments for postponing the examination of witnesses who were present without making other arrangements for examining such witnesses is a dereliction of the duty that an advocate owed to the Court, amounting to misconduct.

Ultimately, as it has been upheld and reiterated that “misconduct” would cover any activity or conduct which his professional brethren of good repute and competency would reasonably regard as disgraceful or dishonourable. It may be noted that the scope of “misconduct” is not restricted by technical interpretations of rules of conduct. This was proven conclusively in the case of Bar Council of Maharashtra v. M.V. Dahbolkar.[8]The facts under consideration involved advocates positioning themselves at the entrance to the Magistrate’s courts and rushing towards potential litigants, often leading to an ugly scrimmage to snatch briefs and undercutting of fees. The Disciplinary Committee of the state Bar Council found such behavior to amount to professional misconduct, but on appeal to the Bar Council of India, it was the Bar Council of India absolved them of all charges of professional misconduct on the ground that the conduct did not contravene Rule 36 of the Standards of Professional Conduct and Etiquette as the rule required solicitation of work from a particular person with respect to a particular case, and this case did not meet all the necessary criteria, and such method of solicitation could not amount to misconduct. This approach of the Bar council of India was heavily reprimanded by the Supreme Court. It was held that restrictive interpretation of the relevant rule by splitting up the text does not imply that the conduct of the advocates was warranted or justified. The standard of conduct of advocates flows from the broad cannons of ethics and high tome of behavior. It was held that “professional ethics cannot be contained in a Bar Council rule nor in traditional cant in the books but in new canons of conscience which will command the member of the calling of justice to obey rules or morality and utility.” Misconduct of advocates should thus be understood in a context-specific, dynamic sense, which captures the role of the advocate in the society at large. 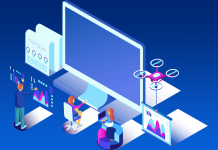