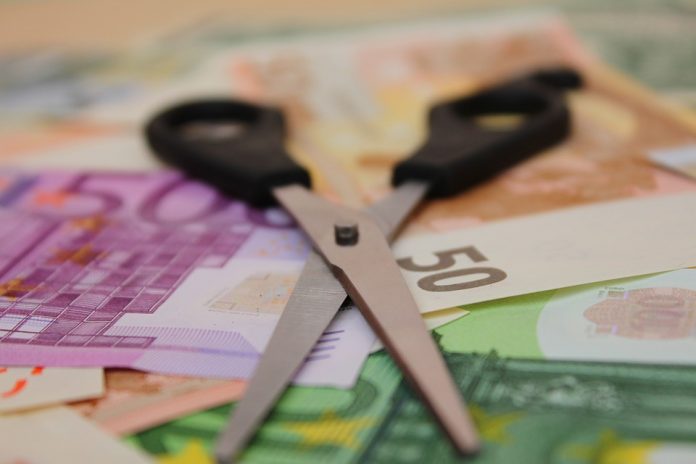 This article is written by Khushi Agrawal, a student of Symbiosis Law School, Noida. She has discussed the concepts of mitigation under the Contract Act in detail.

The rule that the party in breach of contract is placed to the extent that money can do it, in a situation as good as if the contract had been performed, is qualified by one more principle: which imposes on a plaintiff the duty to take all reasonable steps to mitigate the loss resulting from the breach and prevents him from claiming any part due to his neglect to take such steps.

In the case of M / s. Murlidhar Chiranjilal vs M / s. Harishchandra Dwarkadas & Anr[1], the Supreme Court, examined the scope of Section 73 of the Indian Contract Act and observed that “The two principles on which damages are calculated in such cases are well settled. The first is that, as far as possible, he who has proved to be infringing a deal to supply what he has contracted to obtain is to be placed in as good a situation as if the contract had been performed but this principle is qualified by a second, which imposes on a plaintiff the duty to take all reasonable steps to mitigate the loss resulting from the infringement and debarks him from it.”

In the case of Pannalal Jugatmal vs. Madhya Pradesh State[2], the Court observed that “Mitigation of Damage is incorporated in the explanation to Section 73 of the Contract Act. The explanation places a burden on the person complaining of breach of the contract to show that he did not have the means to remedy the inconvenience caused by the non-performance of the contract. For wise reasons, the law imposes on a party injured by a breach of a contract an active duty to make reasonable efforts to make the injury as light as possible”.

The doctrine of mitigation is governed by three rules.

Purpose of this Rule

The rule is aimed at preventing the waste of limited resources in society, which forces the innocent party, the plaintiff, to find a substitute after the defendant’s breach. However, the rule also enables the defendant to commit an efficient breach of contract, where the defendant deliberately would break his contractual relationship for a better opportunity, and make a higher profit in the new contract, and profit even after paying the damages to the promisee, this, in economic theory, is considered socially desirable. Preventing such a breach by compelling performance would result in an undesirable distribution of wealth, as the breaching party would lose more than the injured party would gain.

Duty of the Plaintiff

A duty is imposed upon the plaintiff to take reasonable steps to mitigate the loss or damages. His position is similar to that of a plaintiff guilty of contributory negligence.

In St Albans city and district council v Intl Computers Ltd[3], ‘I’ supplied a computer system to ‘S’, a local authority, to be used in administering the collection of its community charge. Due to an error in the software, the population figures were overstated, community charge was calculated accordingly, leading to a lower calculation of receipts and increased precept charges to the country council. ‘S’ recouped its lost revenue by setting a higher community charge in the next year and claimed damages from ‘I’, which resisted the claim on the ground that ‘S’ had not itself suffered the loss. It was held that ‘S’ held a capacity akin to that of a trustee for the interests of the inhabitants and could recover the damages.

The contract’s obligation to minimize damages can be removed by an express clause. In Ralli Bros Ltd v Firm Bhagwan Das Parmeshri Das, ‘P’ should have resold the goods that ‘D’ refused in May, soon afterwards as the market failed, but unreasonably waited until November. ‘P’ was deemed to be protected by a clause in the contract authorizing him to resell at such time in case of breach of contract, as in his controlled discretion it seemed desirable and precluding an objection on behalf of the buyer that such resale was carried out after an unreasonable lapse of time.

The defendant’s conduct may also remove the duty following the breach by insisting that he will fulfil his contract in the near future, like in Smeed v Foord, ‘D’ who had agreed to sell ‘P’ a threshing machine to get P’s harvest, but was late in delivery, kept assuring ‘P’ that it would shortly be delivered, thus rendering it unnecessary for ‘P’ to take steps to hire or buy a substitute.

The extent of the obligation

The rule of mitigation must be applied with discretion. A man who has already misplaced himself by breaking his contract has no right to impose new and extraordinary duties on the aggrieved party. That party can be expected to use the only ordinary and reasonable diligence there is much less to be expected to warrant success where the result of diligent endeavours is doubtful in nature. The plaintiff is only required to act reasonably in the matter, i.e. a manner in which a prudent man would have acted in the same manner if the original wrongful act arose through his own default; or if the whole expense was to fall on him. If goods are purchased for delivery in England and on delivery, prove to be unmerchantable, the buyer is not bound to go hunting the globe to find similar goods and have them shipped to arrive some months after the contract date; it might be different if such goods were available as near as France.

The plaintiff can recover expenses or further loss incurred by him in taking reasonable steps to mitigate his loss resulting from the defendant’s breach, even when the mitigating steps were unsuccessful or had led to greater loss. The plaintiff may recover the cost of his reasonable attempt to extricate himself from the position in which he was placed by the breach. If he has acted reasonably, he is not disentitled from claiming costs of remedial measures taken by him, merely because the defendant can suggest other less burdensome measures. Since only the plaintiff’s net gain from his mitigating effort will be deducted, he may set off against his substitute profits or earrings reasonable expenses incurred in obtaining them.

Anticipatory breach and duty to mitigate

Where the complainant has accepted an anticipatory repudiation, e.g. has initiated an action for damages, it is his duty to mitigate the damage immediately if a reasonable opportunity arises. If the opportunity is lost, the defendant is entitled to assess the damage at the time the opportunity occurred. However, if the plaintiff does not accept the anticipatory repudiation but holds the defendant to his contract, damages shall be assessed at the time fixed for performance and no duty to mitigate shall arise until that date.

The injured party has an obligation to take all reasonable steps to mitigate the loss resulting from the breach; the emphasis is on the word reasonable. In Ramgopal v Dhanji Jadhavji Bhatia[4], the defendants, owners of a cotton mill, contracted in October 1919 to place their mill at the disposal of the plaintiff, a cotton merchant, for half their working time. Before the mill took any of the plaintiff’s cotton, the defendant repudiated the contract in November. The plaintiff sued the defendants for damages, and it was held that the breach was anticipatory, the damages were the claimant’s estimated loss of profit due to the non-performance of the contract, and the claimant was not bound to buy cotton and had it ginned at other mills under his obligation to mitigate the damages.

The law has been stated to this in the USA. The measure of damage to the non-defaulting party will be measured as if the party has made reasonable efforts to avoid the losses resulting from the default. Some courts have stated doctrine as a duty owed by the innocent party, i.e., a duty to minimize damage. However, on analysis, it is clear that in contract cases as well as in general there is no obligation to minimize damages because no one has a right of action against the defaulting party if he does not make the non-defaulting party liable to suit.

Duty of an Employee Wrongfully Dismissed

In assessing damages for wrongful dismissal, the court must make two calculations:

It is his duty to act reasonably to mitigate damage; to take reasonable steps to obtain other suitable employment. If he has acted reasonably and obtained a new appointment, the court must calculate the amounts received for his work during the run-off period. Then the damages are assessed by giving him the amount he would have received his old job, less the amount deducted in expense mitigation. Even if the employment contract was for a specific term, the servant would, in that case, be entitled to compensation, the amount of which would be measured prima facie and subject to the mitigation rule in which the employer had deprived him of the salary and that servant would then be entitled to all the salary benefits etc. that he would have earned, had he continued in the employment for the full term of the contract, subject of course, to mitigation of damages by way of seeking alternative employment.

In regard to mitigation of damages, a servant would not be acting unreasonably by seeking employment at a level comparable to that of his previous salary, nor in not accepting a post of lower rank in the service of his master; but the court did assume, for the purpose of assessing damages, a sum of money at which the servant would be able to find employment at the end of the litigation for the remaining period of employment, and that sum was deducted from the assessed amount of damages. An employee, dismissed without cause, is entitled to his salary for the full period by way of damages, unless it can be shown that he could take another equivalent employment, which he refused to take.