This article is written by Neha Gururani student of Guru Gobind Singh Indraprastha University, New Delhi. In this article, she has discussed the money bill and the related provisions of the Indian Constitution.

A money bill is generally concerned with the issues related to taxes, borrowing and expenditure of money, audits and accounting, consolidated and contingency funds etc.

A bill will not be referred to as a money bill if it mentions only the imposition of any monetary fines or penalties, or for the demand or payment of fees for licences or any other services given, or if it provides any imposition, abolition, remission, alteration or regulation of any tax imposed by any local authority for local purpose.

Types of  a money bill

There are two categories of money bill:

Article 114 of the Indian Constitution talks about the Appropriation Bill. This bill gives authority to the government to use the funds from the consolidated fund during a financial year.

This bill is presented in Lok Sabha right after the presentation of the union budget to make the financial plans of the government operative for the subsequent financial year. All finance bills are money bill but Finance Bill is defined under Rule 219 of the Rules and Procedures of Lok Sabha.

How does a Money Bill become an Act?

In order to transform a bill into an act, the Constitution of India prescribes a systematic procedure which is mandatory to be followed.

The procedure is divided into three readings:

The second reading is further classified into two stages. At the first stage, a general discussion on the fundamental principles of the bill takes place. The representatives of different states and union territories give their opinion on behalf of the public. At the second stage, the bill is discussed clause-by-clause. Every clause and subclause is considered in detail through debates. Any amendment with regard to the bill if desired by the majority of the house is made.

The same procedure is followed in Rajya Sabha but at the second stage, it cannot amend the bill even if it desires to do so. The Rajya Sabha has the authority only to recommend amendments.

After going through these three reading process, the bill is then placed before the President for his consent. As soon as the money bill obtains the consent of the President, it is declared as an Act.

A money bill can be directly introduced in the lower house of the Parliament i. E., Lok Sabha. Before originating the money bill in Lok Sabha it is mandatory to get the prior approval by the President. After being passed by the Lok Sabha it is further presented in Rajya Sabha. If the bill fails to attain a majority in Lok Sabha, it is considered as the defeat of the ruling government.

When the money bill is passed by the Lok Sabha, it is then sent to the Rajya Sabha. Although Rajya Sabha holds restricted powers in the matter of money bill, still it can suggest amendments in the bill (Art.109 of the Indian Constitution). Furthermore, it depends upon Lok Sabha whether it accepts the recommendations of Rajya Sabha or not. Rajya Sabha is compelled to return the bill to Lok Sabha within 14 days from the date of receiving with or without recommendations.

If the money bill is returned to Lok Sabha with some recommendations, it is placed again on the table of Lok Sabha for voting. If the recommended amendments are accepted by the Lok Sabha, the Money Bill is considered to be passed by both the Houses of Parliament. If the amendments suggested by Rajya Sabha are rejected by Lok Sabha, then also the Money Bill is deemed to have been passed by both the House of Parliament in the same way as it would have been passed by Lok Sabha without any recommendation of Rajya Sabha and is further presented to the President for his assent.

If Rajya Sabha does not return the money bill back to Lok Sabha within the stipulated time period , the bill is assumed to be passed by both the Houses of Parliament after the expiry of 14 days in the same way as it would have been passed by the Lok Sabha and then placed before the President for his consent.

Role of the Speaker

The speaker plays a powerful role in the matter of the money bill. If any question arises whether a bill introduced in Lok Sabha is a money bill or not then in such circumstances, the Speaker of Lok Sabha has the authority to declare and certify the bill as money bill before transmitting it to Rajya Sabha.

The speaker is under no obligation to seek advice in this regard from anyone before arriving at any decision and his decision thereupon is final which cannot be further challenged. The purpose of certification of Money Bill is to ensure that the upper house cannot amend it by adding anything which is beyond the provisions of Article 110(1). If the speaker does not certify the bill as money bill then it will be considered just as a financial bill only.

Provision of the joint sitting of both the houses

India has two-chambered parliamentary system i.e. the Lower House (Lok Sabha) and the Upper House (Rajya Sabha). Principally, the coexistence and consent of both houses are essential factors in passing any bill. A situation might arise when there is a deadlock between both the Houses of Parliament. Therefore,  to resolve such deadlocks, the provision of a joint sitting of both the Houses of Parliament has been incorporated in Article 108 of the Constitution of India. The joint sitting of both houses is called by the President and conducted by the Speaker of Lok Sabha.

But exceptionally, in the matter of money bill, the ultimate powers are vested in Lok Sabha and the consent of Rajya Sabha is insignificant in passing a Money Bill. Consequently, the provision of joint sitting does not come into play.

A money bill cannot be presented in Lok Sabha without the prior permission of the President. Moreover, if the bill is passed by both the house and reaches to President for his consent, he cannot send the bill back to Lok Sabha for reconsideration because it was introduced in Lok Sabha on his approval. Thus, the President cannot access his veto power in the matter of money bills.

Comparison of different types of bills

Ordinary Bill comprises of any matter which is not covered under money bill, financial bill and constitutional amendment bill.

Money Bill contains matters which are expressly mentioned in Article 110(1).

Financial bill is a bill which deals with any matters related to finance. It is a mixture of both an ordinary bill and a money bill. It is divided into 2 categories :

The Aadhar ( Targeted Delivery of Financial and Other Subsidies, Benefits and Services) Bill was introduced in Lok Sabha by the NDA Government in 2016. This bill was presented as a Money Bill and further, the Speaker certified it as a money bill. Since NDA had a majority in the Lok Sabha, so the bill was passed by the Lok Sabha. When the bill reached the Rajya Sabha, it was not passed due to lack of a majority of the ruling government in Rajya Sabha and hence, Rajya Sabha wanted to amend the bill which was beyond their jurisdiction since the bill was introduced as a money bill. On the contrary, the opposition was not in favour of the declaration of Aadhar Bill as a Money Bill.

Hence, a case was filed in the Supreme Court for judicial review of the certification of the Speaker with regard to the Aadhar Bill as a Money Bill. The former Chief Justice of India, Dipak Misra rejected the arguments of the petitioner regarding the validity of Aadhar Bill as a Money Bill and held that since Section-7 of Aadhar Act states that the expenditure of subsidies and other schemes which are for the welfare of the people would be met from the Consolidated Fund of India, thus, the Aadhar Bill was held eligible to be categorized as a Money, Bill.

After the SC’s verdict, the bill was again introduced in Lok Sabha, passed to Rajya Sabha and Rajya Sabha returned the bill recommending some amendments. The Lok Sabha passed the bill, accepting the recommendations of the Rajya Sabha and after obtaining the consent of the President, The Aadhar Act, 2016 came into existence.

Thus, we can conclude that a money bill is a specific type of financial bill that deals with certain matters of finance like taxation, expenditures and credits, consolidated funds etc. The legislative process involved in money bill is very similar to that of other bills. Still there exist certain distinguishable characteristics like absolute authority and powers to Lok Sabha in order to avoid any kind of deadlock between both the houses and to reduce delays. If a money bill is introduced in Lok Sabha on the prior recommendation of President, then it is deemed to be passed by both the houses. 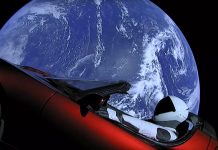 Elon Musk’s roadster in the space : exploring its legality