This article is written by Rajeshkumar Rajendran, pursuing a Certificate Course in Arbitration: Strategy, Procedure and Drafting from Lawsikho.com. Here he discusses “Which Method is More Effective: Arbitration or Litigation” 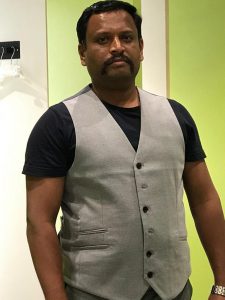 Arbitration is legally defined as a consensual, private, dispute resolution technique, governed by statute, by which a neutral tribunal, acting fairly and judicially, makes a decision which binds the parties (but only the parties).

Due to the globalization, the character of business means trade frequently cross the borders. When the parties from various countries come across disputes, then they prefer a neutral forum rather than approaching the court in either of the parties’ national courts. Hence, Arbitration is quite a suitable tool to resolve the disputes, especially of cross border nature. Perse, the popularity of Arbitration grows faster in the modern economy.

When negotiating a dispute resolution clause in a contract, the parties should also consider whether arbitration or litigation would be more appropriate.  An arbitration clause will not only decide on jurisdiction (by designating the “seat” or designated city/country of the arbitration) but also the applicable rules.  These may be the rules of an institution (e.g. the LCIA Arbitration Rules) or the legislation of the applicable seat (e.g. for India, this would be the Arbitration Act 1996).

Even there is no provision in the agreement or contract, which demands the parties to arbitrate instead of proceeding with litigation to resolve any dispute; one can propose to commence the arbitration by sending a written demand to the other party. In case other parties consider that the dispute can be resolved through arbitration, proceedings can begin immediately.

Disputes may not be Arbitrable

Arbitration can be voluntary by which the parties have already agreed to go ahead within the case of any dispute or it can be a mandatory one which is required by law. In most of the cases, arbitration takes place because the parties have inserted the provision for arbitration in case of any disputes “arising under or related to” the contract. However, arbitration is not possible when there are claims relating to Health and life, patrimonial property entitlements, family law, non-property entitlements of intellectual property, the disaffection of property in the public domain, insolvency, rental contracts for accommodation and other litigation in respect of which the law delegates the exclusive jurisdiction of the courts. Further, Disputes may not be arbitrable if they encompass a resolution which may need to be enforceable against individuals other than the parties e.g. a dispute over enrollment in a public register.

If the relevant contract does not contain a clause that obliges the parties to arbitrate instead of approaching the courts to resolve any disputes that arise, a party to a dispute can still request arbitration by sending a written demand to the other. If the opposition believes that the dispute can be resolved through arbitration, proceedings can begin immediately.

Benefits of Arbitration over Litigation

One can find a number of benefits of arbitration over litigation. Nevertheless, each and every aspect have to be carefully analysed. The significant factors need to be considered are as follows:

The New York Convention was established as a result of the initiative to replace the Geneva treaties came from the International Chamber of Commerce (ICC), in the process of modernizing the law of international trade. The aim of the convention was there should not be any discrimination between foreign and non-domestic arbitral awards. When it comes to arbitration the first question raised was about the enforcement of the award. India is one of a member state of NYC with respect to the acknowledgement and implementation of Foreign Awards. If a binding award was received from an NYC member state who has signed the convention and the award has been notified as a ‘convention country’ by India, then it can be enforced in India.

Arbitrators Are Not Judges

Since the arbitration process follows the contractual arrangement exists between the parties, the awards are not mostly subjected to any examination than the court cases which are mostly subjected to appeal. Nevertheless, arbitrators have to answer to the court in case of any claims related to corruption, misconduct and fraud. In case of more certainty was expected by the parties then they have to approach the panel with multiple arbitrators since the multiple arbitrator’s panels can provide good quality decision making compared to the juries and judges.

Judges are specialists at the court system, including prehearing exercises and the way to manage a courtroom. The Court judges can conduct various general cases, both civil and criminal cases, while very less percentage of those cases goes for trial.  Out of the mere proportion of cases will go to trial, maximum cases go to a jury in order to resolve the factual matters. Sometimes though the judges are retired they wish to perform as a private judge. Contrarily, arbitrators are exclusively selected by the parties, mostly based on their specialist areas and their experience. Always, Arbitrators take an oath that they will act fairly and impartially and they used to apply the law as the judges do. Yet, at the offset arbitrators explain their business needs with the parties. Dislike the restrictive court process, arbitrators are free to implement the inventive solutions put forth by the parties. Even the arbitrators can involve the parties while scheduling the arbitration process.

Almost all the arbitrators are specialist in specific areas of law and have involvement in specific trade segments. It is true in most of the cases related to technology. In spite of the fact that most arbitrators have practiced law as trial attorneys, and they are trained to manage the arbitration, their vital centre isn’t an on-court strategy; or maybe, arbitrators centre their consideration to the substantive law and the actualities of the debate. The parties anticipate the arbitrators to utilize their legitimate and industry foundation to create reasonable, fair and business-practical choices. As well, arbitrators play a vital part in worldwide cases that amplify past the bounds of a single court framework.

To conclude, arbitrators are having a close relationship with the parties than the judges. Usually, Arbitrators are the team of professionals, appointed by disputed parties to provide a fair, proper and practical solution to the disputes, where the dispute couldn’t be resolved by negotiation.

Reform of the Indian Arbitration and Conciliation Act

In order to improve confidence in arbitration, even the Indian Government has brought a lot of significant developments to the Indian arbitration law which is contemplated as an essential step forward towards promoting foreign investments in India. Some of the significant amendments are as follows:

Availability of Number of Judges

Statics report reveals that the number of judges currently serving in the USA and UK is 102 and 56 judges per million people. Conversely, in India, there are only 18 Judges available per million people wherein the total population is over 1.34 Billion in India. From the figures, one can understand the reason for the delay in resolving disputes vide litigation in India.

Sometime Arbitration clauses provide room for a party to enjoy the sophistication to abuse prosperous party. These tactics are being used by companies to prevent consumers from operating their rights. If one suspects that the arbitration process is inconsistent with truth or unfair then the other party cannot approach litigation and request the court to assess it unless one can prove the actual fraud.

Perhaps after skimming all of the above ones would judge that arbitration is the better dispute resolution method, however, that is not certainly the case. Commonly arbitration may be the better choice if the agreement you wish to resolve is so technical that one would prefer to have (an) experienced arbitrator(s) determine it in the case of a dispute. Also, arbitration may be the better route if the value of said agreement justifies paying the significant arbitration costs. Based on the current situation about the number of judges available in India and the number of cases pending in courts, one can opt for arbitration to resolve the dispute reasonably quicker. On the other hand, if you wish to enter a standard type of agreement (for example, an annual lease agreement), then opting litigation could be the better option.