This article is written by Maanvi Jain of ILS Pune.

Section- 34 of the HIV and AIDS(Prevention and Control) Act,2017 which came into force after this case has inscribed this rule of keeping parties name anonymous. The parties should request the court to replace their name with a pseudonym and the court is under an obligation to do a speedy trial ‘in camera’. People are restrained from publishing matter that will disclose the identity of the person.

However, this section prevents the name of only HIV patients from being disclosed. In the present case, it is to be noted that the court has not even disclosed the name of the Hospital in order to prevent its image in the market from getting tarnished.

The Relevance of the Judgement

Doctor’s Duty to Disclose Patient’s Confidential Information and under which Circumstances.

This question has to be dealt with by considering two aspects.

The facts of the case

A man was supposed to marry his fianceé but it was called off since he was diagnosed as an HIV positive patient and his doctor disclosed this fact to his fianceé. The man contended that the respondent hospital and doctor had breached their duty under medical ethics by disclosing the information.

The judgment has very well described the distinction between an ethical duty and a legal code.The court started with the origin of the ethical duty of not disclosing the patient’s confidential information with how it has now been incorporated as a legal rule.

The right not to disclose a patient’s information has its sources from the Greek Hippocratic oath which has been enshrined in the Code of Medical Ethics formed by The Medical Council of India with the previous sanction of the Central Government under Section- 22A read with Section-33(m) of the Indian Medical Council (Amendment Act) 1964.

The code carves out an exception that doctor can disclose information for the public interest.

Hence, relying on Code of Medical Ethics as an exception to the rule of confidentiality, the court held that in certain cases where specific people might be endangered if the information is not disclosed, the doctor can disclose the information.

Right to privacy means ‘right to be let alone’. The right to privacy is an extended right of right to life and personal liberty under Article 21 of the constitution read along with the Directive Principles of State Policy.

The court pointed out that the right to privacy may even arise from commercial relationships like doctor-patient. This relationship will be harmed if the doctor reveals such information that affects the patient’s ‘right to be left alone’.

Hence, it can be concluded that both the rights- Right to Privacy and Right to Confidentiality are not absolute.

The counsel for the plaintiff argued that the plaintiff has a right to marry but the court said that right is not an absolute right but comes along with a duty to disclose information that would affect the other spouse.

In the present judgment, the court has discussed how every right comes with a duty barring certain rights which the court mentioned.

The judgment deals with the conflict between two fundamental rights-

The court favored the right which was more towards public interest. The fianceé’s right to life should be protected over the Right to Privacy of HIV patient.

The court, hence, held that the doctor had done no wrong in disclosing the HIV positive status to the fianceé.

The Right of Marriage cannot be Suspended

The court did not stop at deciding on patient’s Right to Privacy but unnecessarily went beyond to decide his right to marriage.

The controversial aspect of the judgment was the fact that the court held that the ‘right to marry’ will be ‘suspended’ for the HIV AIDS patients until they are cured.

The judge’s counter to the appellant’s counsel’s argument that every man has a right to marry seems justified. They asserted that every right comes with a duty and hence it is the appellant’s not only moral but legal duty to inform his fianceé of his HIV AIDS status.

However, the reason behind this seems incommensurate. The court has relied on the various divorce provisions where the grounds of divorce include a venereal disease in a communicable form1. The fact that it is one of the grounds for divorce shows that every spouse has a right to health and life and hence this provision extends to even before marriage and the person suffering from such kinds of communicable diseases, cannot marry until that person is cured.

Whether Silence on the Part of Appellant amounts to a Crime under Section-269 and Section-270 of IPC?

Another question raised was whether the appellant could be charged under Section-269 and Section-270 of IPC which talks about unlawfully, negligently or maliciously spreading of a disease.

The court’s holding, that, appellant would have committed this crime if he had remained silent about his HIV status and married his fianceé and the doctor would have been participant criminis if he hadn’t disclosed the information to appellant’s fianceé, seems flawed.

The court here has equated the appellant’s silence to him being negligent by not fulfilling his duty of disclosing the information that would vitiate his spouse’s consent to marriage. The court’s reasoning seems to be based on two things-

This judgment later went for clarification2 where the Supreme Court held that the judges had erred in their judgment by deciding on the matters which were irrelevant to the case.

The judgment holds good as far as the disclosure by the doctor and the right of fianceé to know are concerned.

The court upheld the decision on these two matters and disregarded the Judge’s decision on everything else.

Conclusion Derived from the Judgement

Hence, what can be understood from the judgment is that the HIV AIDS patient’s right to marriage is not suspended. They can marry with the informed consent of the other spouse.

Disclosure Of Information by Hospital amounts to Deficiency in Service

Another surprising facet of the case was that in the clarification judgment, the court has mentioned section-2 of Consumer Protection Act, 1986, which talks of ‘deficiency in service’. Though the court has not discussed this in the present judgment, it arises curiosity as to whether ‘disclosure of information’ would amount to a ‘deficiency in service’ of the hospital.

Deficiency is defined under the Act.

“Deficiency” means any fault, imperfection, shortcoming or inadequacy in the quality, nature, and manner of performance which is required to be maintained by or under any law for the time being in force or has been undertaken to be performed by a person in pursuance of a contract or otherwise in relation to any service;

Here, the question is whether the doctor and hospital’s manner of performance of service could be said to be inadequate.

Whether disclosure of confidential information extends to ‘deficiency in service’ or it comes separately as ‘violation of legal duty’ is to be considered.

Both these things rest on the doctor-patient relationship which is a commercial relationship.

Service- As per the Consumer Protection Act, ‘service’ is anything for consideration and since the doctor-patient relationship is commercial, it is a service provided by a doctor to a patient under the act.3

Legal Duty- The legal duty also rests on confidentiality which arises from the doctor-patient commercial relationship.

The act was formed by our Parliament to fulfill its commitment under the Declaration of Commitment to The Human Immunodeficiency Virus And Acquired Immune Deficiency Syndrome (2001).

Section 9 of the act lays down an exception to the concept of “informed consent” as mentioned under Section- 8(2)(d).

“Informed consent”4 as differentiated from consent means consent to a specific intervention which has been laid down in the guidelines without coercion, fraud, mistake or misrepresentation by the person himself and his representative.

A person has the capacity to consent under the act if he can understand the consequences of his actions and hence make an informed decision about it.

It is hence subjective and gives a very wide ambit.

Section- 8(2)(d) talks about not compelling a person to disclose his HIV status. It is to be revealed with his informed consent.

However,  informed consent of a person to disclose his HIV status is not needed under section 9 which allows doctors or in the terms of the act “healthcare providers to the limit of physician and counselors” to inform the partner of the person about his HIV status in certain cases which have been mentioned below:

The only exception is given to a woman where there is a reason to believe that if her partner is told, she would be subjected to violence or abandoned by him or there might be some negative effect on the mental or physical health of the woman, her children, her relatives or someone close to her.

The legislators have made the last line of the exception very vague and wide. The effect on “mental” health even of a “relative” seems too far-fetched.

We would first have to interpret whether the definition of “relative to a protected person” given under Section-2(u) of the Act applies even to this section.

A bare reading of the provision would show that the woman under section-9 who is suffering from HIV AIDS  falls under the definition of “protected person” and hence relative under this section falls within the meaning of Section-2(u).

This somewhat restricts the scope of this exception.

Example- Take a situation where the woman claims that disclosing the HIV status to her fiance would cause shock to his mother (comes under the definition of relative) and hence her HIV status should not be disclosed to him. This could be an excuse not to disclose her HIV status before marriage. Hence this section should be interpreted with caution by the court.

The lacuna however in this section as well as the case is the fact that HIV victim gets ostracized by the society.

In the case of Mr. X vs Hospital Z, the doctor told X’s fianceé about the patient’s HIV status to protect her. However, she spread the news which leads to the appellant getting ostracized by society. Therefore, there needs to be a provision in Section-9 which puts a legal duty or restraint on the spouse who is informed of his/her spouse’s HIV status to not spread the news which can harm the reputation and lead to the victim getting ostracized by the society.

This case’s relevance is evident from the fact that its ruling has been incorporated as a provision in the HIV and AIDS (Prevention and Control) Act, 20176. Further rulings of the present provision would help throw light on the different interpretations of the case and help unfold the questions left unanswered. 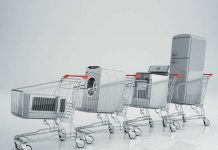 Purchasing huge appliances online : things to look out for 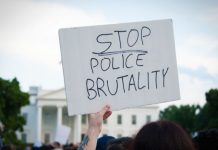 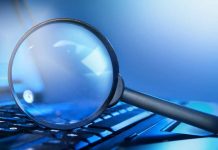