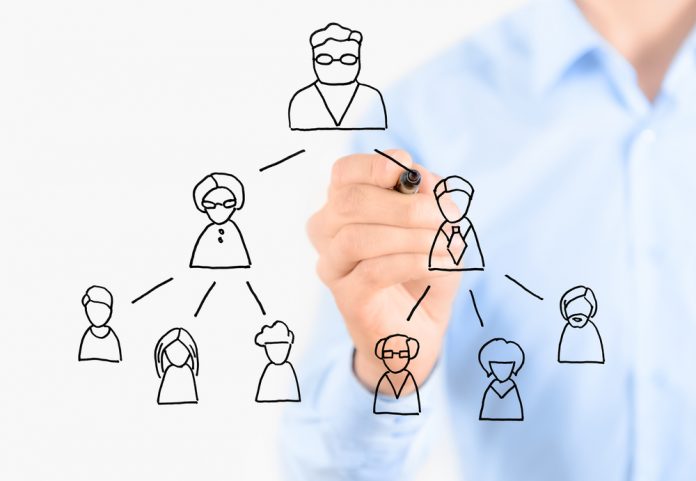 In this article, Anubhav Pandey talks about important judicial pronouncement on Multi-Level-Marketing in India.

Let us look at the judgments and the point of laws which coincides with Multi-Level- Marketing business model.

The case in hand deals with, whether “Multi-Level-Marketing” comes under the ambit of “money circulation scheme,” under section 2(c) of the Prize Chits and Money Circulation Schemes (Banning) Act 1978 or not.

Section 2(c) of the Act read down the definition of money circulation scheme as, “money circulation scheme” means any scheme, by whatever name called, for the making of quick or easy money, or for the receipt of any money or valuable thing as the consideration for a promise to pay money, on any event or contingency relative or applicable to the enrolment of members into the scheme, whether or not such money or thing is derived from the entrance money of the members of such scheme or periodical subscriptions.

In Swapan Kumar Guha, the Supreme Court made an in-depth analysis of Section 2(c) of the Act. A.N. Sen, J. who rendered the leading judgment interpreted and analyzed the said provision as under:

Thus as far as the member joining the scheme is concerned, both the ingredients of Section 2(c) of the Act, i.e., (a) making of quick or easy money, and (b) the chance or opportunity of making quick or easy money depending on an event or contingency relative or applicable to the enrollment of members into the scheme are satisfied.

Concluding on the point of section 2(c) of the Act, the judgment in Paragraph 36 says, “from the whole analysis of the scheme and the way in which it is structured it is quite apparent that once a person gets into this scheme he will find it difficult to come out of the web and it becomes a vicious circle for him.” …”We are, therefore, of the considered view that the scheme run by the petitioners squarely attracts the definition of “Money Circulation Scheme” as provided in Section 2(c) of the Act.”

In State of Bengal v. Swapan Kr. Guha, Sanchita Investments, a registered partnership firm with a share capital of INR 7,000/- started its business in finance and investments. On a report given by the Commercial Tax Officer concerned, FIR was registered with the allegations that the firm had been offering 48 per cent interest which was later reduced to 36 per cent and that, therefore, it was involved in money circulation scheme for making of quick or easy money. The firm and its partners filed two writ petitions in the Calcutta High Court under Article 226 of the Constitution of India for quashing the FIR. The High Court allowed the writ petition and quashed the FIR, and the State of West Bengal filed appeal by Special Leave in the Supreme Court.

In this case, the Supreme Court made an in-depth analysis of Section 2(c) of the Act and interpreted that any and every activity for the making of quick or easy money by itself would not fall within Clause (c) of Section 2 of the Act and that making of such quick or easy money must depend upon any event or contingency relative or applicable to the enrolment of members into the scheme.

Having so analysed the definition of “money circulation scheme”, the Supreme Court applied the said definition to the allegations made in the FIR and negatived the contention that the scheme attracted the provisions of Section 2(c) of the Act.

In M/S Apple FMCG Marketing Pvt. Ltd. v. Union of India, the petitioner prayed for a writ of declaration that selling products through the Network Marketing System is legal and not in contravention of the provisions of the Prize Chits and Money Circulation Schemes (Banning) Act, 1978 or any other law.

M/s Apple FMCG Marketing Private Limited was a company registered under the Companies Act, 1956. It marketed various products including shampoo, tea, coffee powder, after-shave lotion, etc. under the brand-name ‘Joy Eternal’ through “network marketing.” The marketing process was carried out directly by recruiting distributors of the products and services. There was no service fee for registration as distributor. Any person who was interested was given a product for the price fixed. The distributors were encouraged to enroll more distributors. The commissions were given only as per the volume of sales made by the individual distributor and his team.

The Court clarified that the scheme creates chain of customers and only when the chain progresses without any break in any of the links, the ‘principal distributor’ gets more commission. If for any reason, the chain is broken, at any stage, then the principal distributor’s commission would get reduced proportionally to that extent. Therefore, it is not correct to say that there is no chain of customers in the process. The contention that no service charge was collected appeared to be incorrect in view of the fact that every person who purchases a kit has to pay a service charge of INR 50 for each kit. From the very fact that 65 per cent is earmarked for paying as commission to the distributors, it is clear that the value of the product is only 35 per cent of the sale price. That is when the goods are sold at R550/, the actual value of the goods that are sold is only INR 188.

It further opined that the progress of the chain of customers, at some point in time, will get saturated and the distributor, who purchases the goods, will not find any purchaser/sub-distributor to sell or enroll afresh. At that time, due to the progress of the chain, in the manner stated above, such persons will not find new members may be in lakhs or even millions. Therefore, lakhs or even millions of people are bound to lose their entire money The Court concluded that the so-called Multi-Level-Marketing, though called by a very attractive name, squarely falls within the definition of ‘Money Circulation Scheme’ under the Act. Hence, it is prohibited by the Act. It directed the law enforcing authorities to take appropriate action.

M/s LIS, Ernakulam, a partnership firm engaged in the business of sale of lotteries and magazines after collecting advance money. They floated a scheme known as “LIS Deepasthambham Scheme.” The Scheme was simple in its conception. A person has to pay Rs 625 and purchase one unit of lotteries from the promoters. The promoters will make use of Rs 350 to purchase 35 lottery tickets of the Kerala State Government, each of Rs 10 for the unit-holder for the next 35 weeks. The unit-holder will be returned (paid) not only Rs 625 which he had initially invested but twice his investment i.e. Rs 1250 (less Rs 100 as service charges for the promoters and legal deduction for tax, etc.) on an early date.

The Supreme Court in paragraph 34 held that “in the instant case, both the essentials of Section 2(c) are present. The Scheme provides for (i) making of quick or easy money, and (ii) it is dependent upon an event or contingency relative or applicable to the enrolment of members into the Scheme.”

In paragraph 44 of the judgment, the court held that, So far as the offence punishable under Section 420 read with Section 34 IPC is concerned, it is true that for application of penal provision of Section 420 IPC, there must be “cheating” as defined in Section 415 IPC. The said section reads thus:

“415. Cheating.—Whoever, by deceiving any person, fraudulently or dishonestly induces the person so deceived to deliver any property to any person, or to consent that any person shall retain any property, or intentionally induces the person so deceived to do or omit to do anything which he would not do or omit if he were not so deceived, and which act or omission causes or is likely to cause damage or harm to that person in body, mind, reputation or property, is said to ‘cheat’.”

Multi-level-marketing schemes. can police arrest corporate heads without the actual commisiion of an offence of cheating or money circulation scheme?

The brief facts of the case are that the appellant is an international numismatic company which has operations in over sixty countries. The Multi-Level-Marketing through direct selling of products is being adopted by the Company in the interest of the consumers by eliminating the middleman and rewarding the consumer by reducing the prices. The appellant Company has over sixteen thousand members/consumers in and around the city of Chennai alone. Complaints were made on the basis of which case was registered under Section 420 of the Penal Code, 1860 read with Sections 4, 5 and 6 of the Prize Chits and Money Circulation Schemes (Banning) Act, 1978. The appellant Company (Gold quest Private International Limited) filed a writ petition being WP No. 26784 of 2003 before the High Court of Judicature of Madras praying therein that the FIR registered against it be quashed.

The question that falls for determination in the instant case is about the ambit of the inherent powers of the High Courts under Section 482 of the Code of Criminal Procedure (the Code) read with Articles 226 and 227 of the Constitution of India to quash criminal proceedings.

The court held in Paragraph 8 that, “in the disputes which are substantially matrimonial in nature, or the civil property disputes with criminal facets, if the parties have entered into settlement, and it has become clear that there are no chances of conviction, there is no illegality in quashing the proceedings under Section 482 CrPC read with Article 226 of the Constitution. However, the same would not apply where the nature of offence is very serious like rape, murder, robbery, dacoity, cases under the Prevention of Corruption Act, cases under the Narcotic Drugs and Psychotropic Substances Act and other similar kind of offences in which punishment of life imprisonment or death can be awarded.”

After considering the facts and circumstances of the present case, we are of the view that the learned Single Judge did not commit any error of law in quashing the FIR after not only the complainant and the appellant settled their money dispute but also the other alleged sufferers entered into an agreement with the appellant, and as such, they too settled their claims.

The promoters of the scheme very well knew that it is certain that the scheme was impracticable and unworkable making tall promises and for the benefit of very few who have joined the scheme at the initial stage. If each person keep on enrolling two persons, at the 15th or 18th  level all the Indian population and at the 24th level all the World population will become the members of the company and there would be no member left to join/enroll into the scheme of new members by the already existing members. This will result in heavy loss of money of the enrolled members. The scheme will collapse under its own weight.

Again, an appleal was filed by the Speak Asia Company for quashing the FIR registered by the police on cognizance.

Also, In the present case, the offences alleged are under Sections 420 of I.P.C. and 4, 5 and 6  r/w  2(c) and 3 of the Act (Prize Chits and Money Circulation Schemes (Banning) Act 1978). The said provisions of section 2(c) and section 3, on a mere reading, indicate that there is no need of any loss or misappropriation of funds to attract an offence. Mere informing a scheme, which covered under the money circulation scheme and enrolling members as subscribers, itself is an offence. It is not necessary to further elaborate on the same, since the Sections are unambiguous and clearly indicate the acts which attract an offence.

Finally the court held, this Court is not inclined to quash the First Information Report No.30 of 2011 on the file of the Station House Officer, C.B.C.I.D., Hyderabad, and the interim stay granted by this Court on 13.07.2011 is liable to be vacated.

All You Need To Know About Direct Selling Laws In India