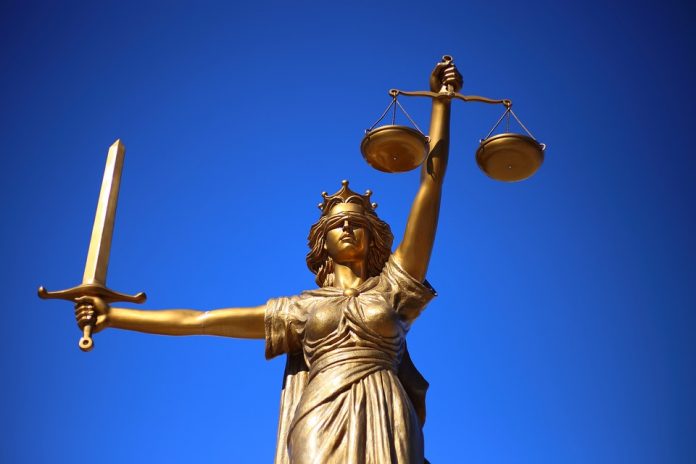 In this article, Syed Jeelan does a Critical Analysis of Muslim Marriage Law Bill, 2017.

Most distasteful and hideous modes of Talaq coined as Triple Talaq, Talaq-ul-biddat, or Talaq-e-bidat now being made void with the audacious efforts made by the Government on a very urgent and ad-hoc basis legislating and criminalizing Triple Talaq as void and punishable, which is the outcome of Supreme Court verdict in Shairabanu Vs. Union of India paving way to pass a legislation bill on the Muslim Women (Protection of rights on Marriage) Bill 2017.

The preamble of the Act says to protect the rights of married Muslim women and to prohibit divorce by pronouncing Talaq by their husbands and to provide for matters connected therewith or incidental thereto.

Apart from making the triple Talak void the act aims to provide:

The Preamble says to protect the rights of married Muslim women, the protection mentioned in the preamble is extended to Muslim women and till now no law is made protects the rights of married women whose marriage is in existence whether in Hindu or Christian. As the question of rights arose only on divorce and so far there are enactments made only for divorced women and not for those whose marriage is in existence.

The Muslim Women (Protection of rights on marriage) Bill 2017 made the pronouncement of Talaq:

The Preamble has been conveniently drafted to accommodate all sorts of Talaq in further as it reads to prohibit divorce by pronouncing talaq by husbands and it did not restrict the preamble by confining or substituting the word Talaq with Triple Talaq or by pronouncing the Triple Talaq in place of Talaq.

Sec 2(b) of the Muslim Women (Protection of rights on marriage) Bill 2017 define Talaq as means Talaq-e-bidat or any other similar form of Talaq having the effect of instantaneous and irrevocable divorce pronounced by a Muslim husband.

Any other similar form of Talaq is not defined and the entire community and the Shariat and the Supreme Court has also identified only three forms of Talaq even in its verdict stated supra where only husband alone exercises option i.e

All the forms of Talaq have irrevocable effect irrespective of time, on the last pronouncement of Talaq.

The Historical Background of Talaq-ul-biddat is depicted by Ameer Ali as its name signifies the mode of divorce:

It was introduced in the second century of the Mohammedan era, the Omayyad monarchs finding that the checks imposed by Prophet Mohammed (PBUH) on the facility of repudiation interfered with the indulgence of their caprice, endeavored to find an escape from the strictness of law and found a loophole to effect their purpose.[1]

Section 3 says Talaq by a husband to his wife shall be punishable with imprisonment for a term which may extend to three years and fine.

Muslim marriage is a contract

Muslim Marriage is a contract wherein all the ingredients of Sec 10 of Contract Act are present here i.e:

Both the parties will be asked thrice and give their consent and Maher (which is the consideration for the lawful object of Marriage) and the contract into writing called Nikahnama is executed by both Parties i.e wife and a husband. There should at least one witness from each party and an independent person (Vakil) shall be present and signature should be done by the wife and the husband on nikahnama. Thus Marriage under Muslim law is a pure contract.

The bill has made a mere pronouncement of Talaq a Crime and Punishment up to 3 years will be awarded (though it will not repudiate the marriage). The Legislation does not define the quantum of Fine and it depends on the Powers of First Class Magistrate to be imposed i.e maximum Fine of Rs.5000/-

In Muslim law, a civil suit has to be filed in the Munsif Court and Court fee on nominal value to be filed. Further, a suit alone to be filed for divorce by a Muslim wife under Dissolution of Muslim Marriage Act 1939.

Many a time the judiciary has witnessed numerous cases challenging the validity of Talaq-ul-bidat. But all the decisions have rendered the concept of Triple talaq as valid though it is sinful in theology.

Wherein the Advocate appearing for the appellant made strenuous effort to bring before the judiciary illegality of Talaq-ul-bidat. In this case it was brought before the judiciary an instance from Hades which was referred by Ameer Ali as quoted that “when once news was brought to him Prophet (PBUH) that one of the disciples had divorced his wife, pronouncing the Triple Talaq at one and the same time the Prophet stood up in anger on his carpet and declared that the man was making a plaything of the words of God, and made him take back his wife”.

It was conceded by the learned counsel for the Appellant that it was the son of the 2nd Caliph Omar who was concerned in the incident referred to by Mr. Ameer Ali.[3]

Here it is to be noted that even though the disciple of Prophet tried to divorce his wife by pronouncing Triple Talaq at once and the same time the Prophet made him take back his wife so it indicates that there is no divorce at all and wife can be taken back without halala. Prophet has punished the person who gave triple Talaq. The legislation is being been made criminalizing the Talaq.

In India, many of the Muslims are not aware of the Different Modes of Talaqs due to which Muslim Husband resorts to Triple Talaq. Even otherwise if the Muslim Husband wants to pronounce Talaq by adopting other Modes i.e Talaq-ul-Hasan or Talaqul-e-Hasan on the very first pronouncement of Talaq the wife will resort to 498A IPC and Domestic Violence Act, making the husband and his entire family accused of harassment and demand for dowry which further aggravate the issue and Husband naturally resort to Triple Talaq and the opportunity of reconciliation is lost. Unless these penal provisions are banned the marital life cannot be restored.

The Number of Divorce cases filed before 1983 i.e before 498A is introduced very less compared to present days and people used to only leave or abandon their wives but there used to be reconciliation, the introduction of 498A the situation has aggravated leading to irreversible breakage of marriages and piling of litigation in court.

If the wife is living an immoral life than the custody of the children will be given to the husband according to Muslim law. The custody of a minor child in Islam is called Hizanit, which means the care of the infant. As per the Shariat law, the father is considered to be the natural guardian of his children irrespective of sex, but the mother is entitled to the custody of her son till the age of 7 years and of her daughter till she attains puberty. Whereas under section 6 the magistrate is empowered to give custody of minor children to the mother and which is contrary to the Personal Law/ Shariat Law.

Offence to be cognizable and Non-Bailable

Anything contained in the Code of Criminal Procedure, 1973, an offence punishable under this Act shall be cognizable and non-bailable within the meaning of the code.

Section 7 of the bill has made the offence to be cognizable and non-bailable. Let us understand the three aspects mentioned in Section 7:

Cognizable offence are those offences in which a police officer may arrest without warrant, as per the first schedule of the Criminal Procedure Code, 1973 or under any other law for the time being in force.

Lalita Kumari vs. Govt. of UP

In the above case, Supreme Court on 12 November 2013 held that the police must compulsorily register the FIR on receiving a complaint if the information discloses a cognizable offence, and no preliminary inquiry is permissible in such a situation.

The police cannot refuse to register the case on the ground that it is either not reliable or credible.

In the above, case it was held that the refusal to file FIR on the ground of the place of crime does not fall within the territorial jurisdiction of the police station, amount to dereliction of duty. Information about cognizable offence would have to be recorded and forwarded to the police station having jurisdiction.

Hence a mere complaint that Muslim husband said Talaq is sufficient to file FIR and arrest without any preliminary inquiry or investigation as in cases of murder, rape, dacoity etc.

As per the last item of the first schedule of Cr.P.C an offence in order to be bailable would have to be an offence which is punishable with imprisonment for less than three years or with fine only.

Some of the common bailable offences are:

The requirement of a separate act

The drafting of the bill may not meet the need of Muslim women in the true sense as criminalizing the utterance of talaq will not give an opportunity for reconciliation and re-joining instead and will have the adverse effect and will lead to permanent breakage of marriage. The bill will prove to be a curse on Muslim community and is an invasion of rights of Muslim husband’s personal Rights nor would the legislation help in rendering Justice. The bill should be reviewed retaining the voidability of Triple Talaq in one go and such talaq to be treated as null and void or as single Talaq and there provision should be made for filing restitution of conjugal rights and restraining the husband from pronouncing Talaq until a fair reconciliation and Arbitration is done to remove the differences which task to be entrusted to Some Arbitration council who knows Shariat law and social practices instead of criminalizing and penalizing the husband then only the true spirit and aim of the act and preamble will come into light and the purpose will be served.

How to Give Talaq to Your Muslim Wife- Complete Legal Guide