Written by Arun Mehta, pursuing Certificate Course in Electricity and Renewable Energy Laws offered by Lawsikho as part of his coursework.  Arun works as a Specialist in Scheduling and Forecasting at Rewa Ultra Mega Solar Limited, Bhopal. Additionally, he has a MBA degree in Power Management. 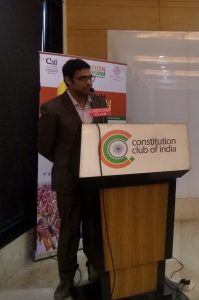 What is Captive Generation?

A Captive Generating Plant is a power plant set up by any person, cooperative society or an association of persons (including companies) for generating electricity primarily for their own use. A generation plant is considered captive only if more than 51% of its electricity generated is used by the owner(s) for their own consumption and the minimum aggregate ownership (or individual ownership as the case may be) of the captive generating plant is at least 26%. Thus, in case there are multiple owners of a captive plant (also called group captive), they should satisfy the above requirement of a minimum of 51% energy consumption from the captive and collective ownership of at least 26%.

Electricity is one of the major inputs for any industry and industries require a consistent and reliable supply of electricity. For some industries, the quality of electricity (in terms of harmonics, voltage, and other technical parameters) is quite important. Further, reliable and quality supply at reasonable costs is another important factor for industries. Sometimes, these requirements cannot be aptly fulfilled by the state utilities. In such cases, going for captive power is the more feasible option. Captive power reduces dependability on the grid, reduces the cost of electricity which is an input to production processes and surplus electricity can also be sold to the grid, thus bringing in multiple benefits. Captive power plants have not only benefited the owners, but also the electricity utilities by supplying extra power when there has been a deficit in the power supply.

Captive power plants can be classified on the basis of various parameters. A typical classification is shown in the figure below. Different types of industries have different choices on the type of captive plant they choose to set up. For instance, heavy industries such as steel, aluminium and smelting industries which are energy intensive, generally set up coal-based power plants. Sugar industries typically setup bagasse based plants in order to optimally utilize the waste product from their factories. Diesel generators are widely used by a variety of industries, including commercial facilities such as malls, office complexes, and hospitals. Diesel generators are also used for supplying peak power and backup power. Several industries are also using cogeneration plants in which the waste heat from the boiler is effectively utilized in heating applications, one example of such industry is Arvind Mills which is a textile industry.
Renewable energy, especially wind and solar are becoming the most sought-after technologies for setting up captive projects. With RE, there are other associated benefits given by Central and State Governments which have made them an attractive option for investors. For instance, several textile manufacturers setup captive wind power plants under Ministry of Textile’s Technology Upgradation Fund Scheme, wherein they were provided a capital subsidy for setting up the captive plants.
For solar rooftop systems, the capital subsidy of 30% on benchmark or project cost (whichever is lower) is provided by MNRE. Further, states have their own capital subsidy for the rooftop systems. Apart from the subsidies, easier financing, concessional import duties, excise duties and tax holidays are also provided for grid-connected solar systems. Another benefit being provided to the solar rooftop systems is net-metering, in which a bidirectional energy meter is installed at the user end and the surplus energy generated can be fed into the grid resulting in further saving on costs.

For energy-intensive industries, captive power provides a cheaper option than power from discoms, since the discoms charge additional surcharges and cross-subsidies from industries. The Electricity Act of 2003 is an enabler for a captive generation. Section 9(2) gives the right to open access to the captive generator and Sections 38, 39 and 42 provide that open access cross-subsidies and surcharge are not applicable to captive projects. Thus, this can be huge savings for the industries for which power is a major cost input.
Captive power is also beneficial for the grid, especially in a power deficit scenario. The government has encouraged captive power generation to address the situation of power deficit which has considerably reduced.
Captive power can also be used when there is no power supply from the distribution utilities. Hence, in case of load shedding, backup diesel generators can be used to supply captive power.
For captive generators based on renewable sources, other benefits are also available such as Renewable Energy Certificates, discounted wheeling and banking charges, net metering and carbon credits under the CDM Mechanism.

Key factors for consideration while setting up Captive Generation Plant

While deciding to go for setting up a captive generation plant for a factory, the following aspects should be considered:

The type of load depends on the purpose for which the industry is being set up. Heavy load intensive industries such as steel and aluminium have larger power requirements and already have access to coal. Coal-based thermal captive plants are used for such industries. Sugar factories typically use biomass or bagasse as fuel as it is the end product of sugar manufacturing process. Cogeneration is another technology which can be used if steam is also required in the industrial processes apart from electricity. An example of such industry is the textile industry in which the waste heat from a steam boiler can be used for further industrial processes. Diesel generators are another popular option used by several industries with lesser load requirements. Diesel generators have the advantage of being able to operate without any auxiliary power supply and are very reliable as standalone power sources, however, the fuel, i.e. diesel is often expensive and polluting.

Recently, renewable sources of energy such as wind, solar and biomass are also being used as captive sources by many industries. Though the efficacy of such captive plants for energy-intensive processes may be questionable due to the variability of the power supply, many less intensive industries including food industries, textile, and commercial offices etc. can benefit from captive renewable energy. Now, even heavy power usage industries such as Delhi Metro are buying solar power. Innovative contracting or bundling of renewable power with conventional power can facilitate the supply of power from renewable sources even to energy-intensive industries.

Land requirement for setting up a power project varies from technology to technology, hence land availability is a critical parameter in deciding the type of captive project. Land requirements for various types of power plants are tabulated below: 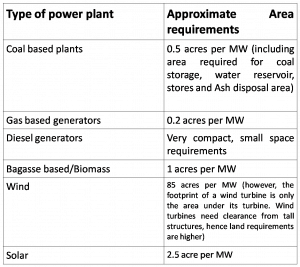 Typical financing options for captive plants include self-financing, loans and financing by equipment contractors. For smaller plants, self-financing is the preferred option as depreciation on assets can be used in saving taxes. The goal for the financing of captive plants differs from the Independent Power Producers in the sense that the key objective is to lower the cost of generation and not higher rates of return9. In certain cases, the financing is done by the equipment supplier companies, who do turnkey contracts (i.e. complete commissioning of the plant) and supply power to the captive consumer at negotiated rates.
Tariff determination while supplying to a licensee: If some part of power from the captive plant is being supplied to a distribution licensee then the tariff is determined by the appropriate committee as per Section 62 (a) of the Electricity Act, 2003 or tariff may be determined competitively as per Section 63 of Electricity Act, 2003 1.

Charges applicable for transmitting the power through discom’s network. Typically, the open access consumer is connected to the discom network at 33 kV or below. Hence, if both captive generation plant and load are connected to the same discom network of 33 kV or below, wheeling charges would be payable by the captive consumer. The wheeling charges are determined by the State Regulatory Commission in their tariff order.

These are the technical losses of the distribution network of 33 kV or below. The losses are determined by the State Regulatory Commission and apportioned to the open access to consumers on the basis of their energy draw.

The STU grid usually operates at 66 kV, 132 kV or sometimes 220 kV voltages. In case the power from the captive generator flows through the state grid, STU charges are leviable to the captive consumer. These charges are also determined by the State Regulatory Commission.

Similar to wheeling losses, STU losses are the losses of the state grid, which are approved by the State Regulatory Commission.

Concerns in a captive generation

Clearances and approvals may be required by the captive generator. The major approvals required are environmental clearance and safety clearance from the Electrical Inspector.

Environmental compliance by captive plants is a key issue since there are no set mandates for environmental clearance. Thermal plants are quite polluting and cause air, water, and land pollution. Non-compliance in terms of emissions and effluent disposal can lead to exacerbation of environmental problems. However, clearance from the environmental agencies such as MoEF, CPCB, and SPCB can result in higher costs and delays.

Fuel availability could be an issue for captive plants, especially if they do not have firm contracts or captive mines for sourcing coal, or have space constraints for fuel storage9. Price hikes in domestic or imported fuel prices could also impact the cost of electricity generated by the captive plant.

Captive plants may have low efficiency due to smaller size9 and domestic coal. Due to such inefficiency, there could be fuel scarcity in the country if captive plants become mainstream sources of power.

Captive power plants may lack skilled and trained manpower for the day to day operations of the power plant9. Employing skilled personnel can add extra costs to the tariff of electricity procured from such plants.

While captive generation certainly has benefits, careful consideration of the various factors such as technology, fuel, nature of load and cost to benefits need to be assessed for evaluation and selection of power procurement option. Captive generation can also play a supplementary role in supplying power to the grid and alleviating power shortages in the country. 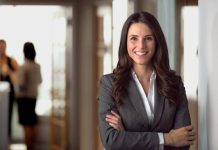 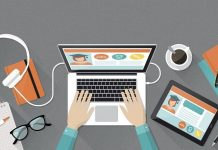 Will the EdTech and Online Courses Boom create a new Market for Legal Work?