This article is written by Khyati Basant, pursuing BBA LLB from Symbiosis Law School, NOIDA. This article consists of a brief description of the Nagar Van Scheme launched by the Ministry of Forest and Climate Change.

Our lifestyle is all about nature. Rural regions have forests, but there are not as many urban settlements. The ministry has planned to start the Nagar Van service with 200 companies. The urban forests should act like green lungs. They call upon people to work together and make it a movement for people. It will be rewarding participating people and making it a success. Tree planting is a very significant step forward. Tree planting target for this year is 145 crores. We should make a serious commitment to protecting the forests and minimizing natural resource use. Mother Earth and nature have sent signs that can not be disregarded.

The Nagar Van scheme is planning to grow about 200 Urban Forests pan India over the next five years. The Warje Urban forest located in Pune at Maharashtra will be considered as a role model for this. The Nagar Van will either be constructed on the current forest land or another vacant land provided by the local bodies in cities across India. Union minister further claimed that this scheme would require the involvement of the people to make it a success.

The scheme will also allow states to manage urban ecosystems. Conservation of biodiversity has historically been considered limited to remote forest areas, but there has also been a need to conserve and preserve biodiversity in urban areas with increasing urbanization. The best way to fill the distance is by urban forests. This system, therefore. India has a rich biodiversity with many species of animals and plants and hosts 4 of the 35 hotspots of global biodiversity with many endemic species. Nevertheless, increasing population, deforestation, urbanization and industrialization have put our natural resources under immense pressure that has caused biodiversity losses. Biodiversity is important for the sustainability of all forms of life on this planet and is a gateway to diverse ecological services. India has 8% of the world’s biodiversity, but possessing other limitations such as only 2.5% of the world’s land area, it has to bear 16% of the human population and just 4% of freshwater sources.

The forest has been observed to be rich in biodiversity with 23 species of insects, 29 species of birds, 15 species of butterflies, 10 reptiles and 3 species of mammals. The Urban Forest initiative would help preserve ecosystem stability, meeting both environmental and social criteria.

Need for the Nagar Van Scheme

Cities which have more trees are less busy, with lower rates of noise, according to the World Economic Forum. A fully grown tree can consume up to 150 kg of carbon dioxide annually one of the biggest leading greenhouse gasses to global warming. Trees will moderate temperatures in densely developed towns, where heat radiated from asphalt on buildings and roads makes certain areas cooler than the surrounding countryside, according to an official statement, in a trend known as the ‘heat island’ effect. According to the Organization for Food and Agriculture, trees in urban areas minimize ozone, sulfur dioxide and particulate matter, eliminate significant quantities of carbon dioxide from the environment, and emit oxygen. Across many countries, the importance of urban forestry is gradually being realized. Inside their urban areas cities such as Rio de Janeiro and Johannesburg have large forests. Many cities in India do have gardens and parks, but not forests.

Funds for the Scheme

CAMPA (Compensatory Afforestation Fund Management and Planning Authority) will fund the Nagar Van scheme or the Urban Forests scheme. CAMPA is the Management and Planning Authority for Compensatory Afforestation Fund created by following orders from India’s apex court. The Authority serves as a National Advisory Council for supervision, technical assistance and assessment of compensatory reforestation activities under the chairmanship of the Union Minister of Environment & Forests.

According to the guidelines issued by the Supreme Court of India, the CAMPA Funds will be used as the CAF (Compensatory Afforestation Fund) Act, 2016 has been enacted to manage the funds collected under an ad hoc Compensatory Afforestation Fund Management and the Planning Authority (CAMPA) compensatory afforestation process. 90% of the funds collected are to be allocated to States while 10% of the funds are to be retained by the Centre. Compensatory afforestation refers to the forest land given to perform non-forestry activities, the establishment of industries, mining, etc. Under this case, the user agency must pay the authority for an equivalent amount of non-forest land to grow trees, and double the amount of degraded forest land.

The CAMPA aims to promote the afforestation and regeneration of forest land activities assigned for non-forest uses. The authority sets out broad guidelines for a CAMPA state. It facilitates science, technical and other assistance which a CAMPA state can need. The body also offers the state CAMPA suggestions based on a summary of its programs and programmes. It also provides the state CAMPA with a framework for addressing inter-state or Centre-state problems.

India is perhaps the only nation where plants are revered, where animals, birds and reptiles are revered and this is the position of reverence for the climate of Indian society. Since ages, we have had a very important village forest tradition, now this new urban forest scheme will fill the gap as urban areas have gardens but very rare forests.

A Nagar Van-Udyan is a mountainous region in the vicinity of a city accessible to city dwellers adequately managed to provide a healthy natural environment for leisure, environmental awareness, conservation of biodiversity and assisted services such as water and soil conservation, pollution control, control of the city’s heat islands impact with the necessary elements for daily use. Nagar Van-Udyan Yojana is a pilot scheme implemented by the Ministry of Environment, Forests & Climate Change for five years (beginning 2015-16). For the rest of the world, Warje Urban Forest has become a role model. Warje Hill was a barren land under the Maharashtra Forest Department, before becoming a growing urban woodland. It caused various encroachments by slums and builders as the town expanded. The Forest Department of Maharashtra joined hands with TERRE Administration, a city-based NGO, Tata Motors and Persistent Foundation to turn the desolate hill into a green forest.

Trees and forests play a vital part in the human environment and have much major significance for local citizens. Urban greenery/forestry is one of the ways in which people and nature can fill the distance. Globally, cities are realizing the benefits of urban forests. Trees in densely developed cities will reduce temperatures, as heat radiated from asphalt on buildings and roads makes these places cooler than the surrounding countryside. Urban forestry is the scrupulous care and management of urban forests, i.e. urban tree populations with a view to improving the urban environment.

Aims of the scheme

Urban forestry has numerous benefits, from the commercial to the ecological. Its ecological benefits include reducing the temperature rise in urban areas, reducing carbon dioxide emissions through photosynthesis, removing other air pollutants, soil erosion prevention, groundwater recharge, and soil stabilisation. We serve as the habitat to many animals and birds and therefore aid in biodiversity conservation. Several studies have measured the ability of urban forests to reduce air pollution, purify water and provide natural services as well as opportunities for recreation.

India has vowed to create an additional carbon sink, a natural or artificially created environment that absorbs CO from the 2 atmospheres of 2.5 to 3.0 billion tons of CO equivalent through additional forest and tree cover by 2030 and urban forestry will play an important role in achieving this. Urban trees play a very significant role in maintaining the ecological environment and improving human lives. They serve as sites for leisure activity, making forest tourism a source of wealth creation. Citizens will allow benefitting accessibility from green space in terms of decreased mortality and better public health. 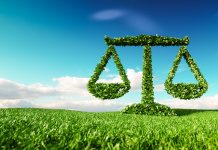 Changes in environment law due to COVID-19 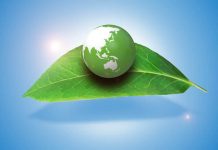