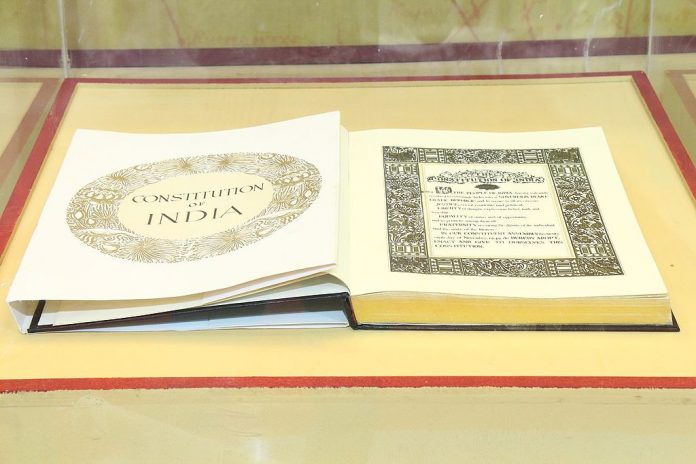 This article is written by Heba Ali, a second year student at Symbiosis Law School, Noida. In this article, the author discusses whether the Indian Constitution is federal or unitary in nature.

Federalism is a complex governmental tool or machinery for the governance of a country. The aim of which is to draw a balance between the different forces acting which are to work in favour of concentration of power in the centre and the one which is urging a dispersal of it in a number of parts. A federal constitution envisages a demarcation of governmental functions and its powers between the centre and the state as sanctioned by the constitution which is a written document. The two necessary consequences which follow are:

a) That the invasion by one level of government on the area assigned to the other level of the government is a breach of the Constitution.

b) It is also said that any breach of the Constitution is a justifiable issue which is to be determined by the Courts as each level of government functions within the area assigned to it by the court.

Indian Constitution is a federal constitution. And it is clearly visible by the nature of polity like by examining citizenship, public services, the judicial system, emergency provisions and when the union power prevails over in normal times.

1) Citizenship– Like Canada India has also introduced single citizenship but there are no separate citizenships for states. Whoever are the citizens of India enjoy the same right and could exercise it irrespective of the part of the country they belong or their place of birth or the place of residence. The other federal states like the United States, Switzerland and Australia allows its citizens to have dual citizenship which means they could have national as well as states citizenship.

2) Public Service– In US, the federal government, as well as state government, have their own public services and there is no as such division of powers between centre and state as it is in India. The majority of public servants in the US are employed by the state but they perform and administer both the union as well as the state laws which are applicable to their respective states. But, our Indian Constitution provides for the creation of all Indian Services like IAS, IPS and IFS which are common to both the union and the states. The members of these services are appointed and trained by the union and their services are intended for both union and the state government. However, they all are under the supervision and control of the Union government which infringes on the federal nature of the polity.

3) Judicial System– The Indian Constitution has established an integrated judicial system with the Supreme court as the head of all, the apex court and the High Court of the states which are lower in the category. This single system of court enforces both the central and the state laws. But, on the contrary in the United States, there is a bifurcation of the judiciary between the federal and state government.

A state is called unitary when it is governed and controlled by one single unit of governance and with one constitutionally created legislature and the power flows from top to lower level in a hierarchy. In the federal system, power is divided between different units as the system is in India. A unitary state is a sovereign state governed as a single state in which central government holds the supreme power and any division of powers related to administrative division is exercised by the central government who appoints the officers and delegates duties and powers.

The difference between the federal set-up and unitary state is that in a federal system powers are derived from both the centre as well as the state government, whereas in a unitary system the state derives its powers from the central government, as it delegates the powers and authority. Unitary Features of the Indian Constitution are union of states power to form new states and make changes in the boundaries of existing boundaries, unequal representation in the legislature, single citizenship, one constitution, Union power prevails means union list over the list of subjects, power to make laws related to state list, emergency provisions, appointment of governor, administrative directions to the states.

1) Union of States– Article 1 of the constitution says that India is a union of states which implies two things that it is the not a result of agreement between the two and the first one is that it is not the result of an agreement among the states, and the second is that the states have no power to separate itself from the union.

2) Power to form new states- In India the government has the powers to separate or alter the boundaries and is laid down in article 3 of the Indian Constitution, here centre could change the existing boundaries and can make new states. When Britishers ruled India there were no independent states and there were only provinces that were formed by the British based on administrative convenience. At that time States were created but they were artificially created and a provision to alter the boundaries and to create new states was done as per the requirements. The states in India do not enjoy the right to territorial integrity as it is seen in the United States of America.

4) Single Citizenship– India is a country where it follows single citizenship, unlike USA and Australia where dual citizenship is allowed which means people are citizens of both the federal state and to their own state which has its own constitution.

5) More power to the Union in the list of subject– In India the distribution of powers has been made in such a manner that the Central government has the majority of the powers and it is defined in the seventh schedule which contains the distribution of powers and is divided into three list the Union list which contains 100 subjects, the State list in which there are only 61 subjects and then comes the concurrent list in which there are 52 subjects and in case of an overlap or conflict between them the union power prevails. This is because of the predominance of Union list over the concurrent list and state list. Even the residuary powers which are the power to make laws on the matter not mentioned in the list are given to the union government which are otherwise in USA and Australia are given to the federal units.

In a federal set-up, there is a two-tier government with well-assigned powers and functions of all the parts. In a federal set-up, the central and state government both work in coordination and at the same time, they work independently. The federal polity provides a constitutional device for bringing unity in diversity and above all for the achievement of national goals. Prevention as well as for the betterment of conflict of the interest of the centre and the states is an integral part of federalism and this is the reason why Indian federalism was given a stronger centre. The Constitution of India has adopted the federal features though it does not claim that it establishes a federation. The question of whether the Indian Constitution could be called a federal constitution cannot be answered without studying the essential features of federalism.

Judicial Interpretation of the Nature of Indian Constitution

The first case was State of Bengal vs Union of India where it was discussed whether India has a federal constitution or federal government. The issue of this case was the exercise of sovereign powers by the Indian States. The legislative competence of the Parliament to enact a law to take over the properties owned by the state and the sovereign authorities of the states as distinct entities were also taken into account. The court held that the Indian Constitution has not propounded the principle of absolute federalism. Even though the authorities are decentralized so that function is carried out in such large territory efficiently.

Indian Constitution is not a federal constitution as there is no separate constitution for each state as it is in Australia and the USA. The constitution can be altered only by the Parliament and the states have no power to alter it. And the distribution of powers to facilitate local governance by the states and national policies which will be decided by the government which is in power at the centre. Then last comes the federal constitution which has the duty to check internal matters and maintain a balance between all of them. In India, the constitution has given immense power upon the courts to struck down any action which is violative of the Constitution. The Supreme Court has cleared this that both the legislative as well as the executive powers are subject to scrutiny to the respective supreme powers of the Union. The sovereignty of the nation is given in the hands of the people of India. There is again the supremacy of the states which is visible by the fact that there is no dual citizenship allowed in India. Thus, the judges cleared it by saying that the states acquire secondary position when compared with the centre and also that the structure of the Indian constitution is more centralized. Over the years the judges have opined that there is no distinct meaning to the federal or federal form of government. The constitution is distinct when it comes to this matter, a federation is biased in favour of the centre, but this does not reduce the value of the states.

Therefore, we can see that Indian judiciary has cleared up the confusion by interpreting the constitution and has declared it unitary. This viewpoint of the courts has undergone a drastic change over the past few years. The courts have recognized the fact that the framers of the constitution had the intention of giving a strong centre with power so as to prevent the nation from disintegration. From the past incidents, it has been noticed that there have been times when the power was misused, so certain amendments need to be made which would further strengthen the federal nature of our constitution. This could only happen when more power and financial resources are devolved upon the states so that they are independent and do not have to take financial assistance from the centre. Also, greater autonomy should be there with the states so that they could undertake more developmental programmes.