This article is written by Reet Balmiki, from NALSAR University of Law. This is an exhaustive article which deals with the rules of the prisons in India, the need for reform in these rules and suggests a few reforms to be brought.

“It is not the prisoners who need reformation, it is the prisons”.

The age-old prison rules in India are futile in the present world and are often not adhered to. The above quote by Oscar Wilde, rightly emphasizes the urgent need for reformation of the prison rules and their application. This is crucial as it ensures that the prisoners fulfil their purpose in society. instil

The prisoners are kept under inhumane conditions and are often deprived of their basic rights. They are often seen as deserving of such treatment due to the wrongs that they have committed against society.

The idea that the ill-treatment of these warranted captives is justified is completely flawed as such treatment of punishing prisoners by denying them their basic human rights is entirely opposed to the purposes these prisons seek to serve.

The prisons provide a chance for rehabilitation by way of activities designed to change criminals into law-abiding citizens. This reduces the chances of commission of crimes by prisoners in the future and provides them with a way to redeem themselves.

In addition, prisons also deter people by warning them of the consequences of committing such crimes. They also separate the prisoners from society to avoid any further harm being caused to innocent people.

The Prisons Act, 1894 is one of the oldest and most important legislations implemented to govern the laws related to prisons in India. The Act came into effect on 1st July 1894 and exhaustively covers the aspects of smooth functioning of the prisons.

Section 3 of the Act defines the terms ‘prisons’, ‘criminal prisoner’, ‘convicted prisoner’ and ‘civil prisoner’. The Act also deals with the maintenance and officers of the prison and appoints the Inspector General in charge of discharging all functions directed by the state. Under Section 8-20, the Act also lays down the duties of each of the officers appointed.

In addition, the Act covers aspects of the admission, removal and discharge of prisoners and lays down a few essential disciplines of the prisoners. The Act also provides directions for taking care of the health of the prisoners under Chapter 8.

Though the Act is exhaustive and covers several aspects of the functioning of the prisons, these provisions are outdated and cannot be applied in the current time due to several reasons that will be further discussed.

The United Nations adopted the Universal Declaration of Human Rights (UDHR) to promote human rights around the world. Articles 1 and 2 of the Declaration uphold the freedoms and dignity of every individual and entitles everyone to the rights guaranteed under the Declaration. These provisions are to be applied to “all human beings” including prisoners.

There are several provisions under the International Covenant on Civil and Political Rights (ICCPR) regarding the treatment of prisoners. Like the UDHR, the ICCPR upholds the prisoner’s right to life and protects them from being subjected to torture or inhumane treatment. In addition to this, Article 10 of the ICCPR provides that, “All persons deprived of their liberty shall be treated with humanity and with respect for the inherent dignity of the human person”.

This provision is important as it segregates the accused from the convicted persons and separates the juvenile accused from the adults. It also provides that the essential aim of the system shall be their reformation and social rehabilitation.

Other rules and principles established by the United Nations

In addition to the above-mentioned international instruments, the UN has also implemented the United Nations Standard Minimum Rules for the Treatment of Prisoners which contains many rules regarding the rights and treatment of prisoners. Apart from this, the United Nations Basic Principles for the Treatment of Prisoners has been adopted to ensure that all prisoners be treated with due respect for their inherent dignity and value as human beings and be allotted universal human rights and fundamental freedoms guaranteed to everyone. 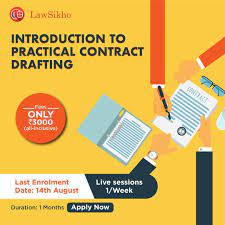 Rights of the prisoners

Rights guaranteed under the Indian Constitution and various statutes

The Indian courts have, in several cases, upheld the basic rights of the prisoners and have expressed their concern over the need for reforms in the prison rules in the country.

The Honourable Supreme Court dealt with the most important question concerning the rights of the prisoners in the case of Sunil Batra v. Delhi Administration (1979). The main issue, in this case, was whether or not the fundamental rights guaranteed under the Constitution of India extend to the prisoners.

The Court rejected the hands-off doctrine and held that “the fundamental rights do not flee the person as he enters the prison although they may suffer shrinkage necessitated by incarceration”. Therefore, all prisoners, whether accused or convicted, have certain basic rights that are to be protected. This landmark decision filled the lacuna in the Prisoners Act, 1894.

In the case of Madhav Hayawadanrao Hoskot v. State Of Maharashtra (1978), the court held that the right to legal aid is essential to ensure a free trial. The court in the case of Mathew Areeparmtil & Ors v. the State Of Bihar And Ors (1984), observed that a large number of people in prison were awaiting trial for trivial offences and ordered the release of such accused.

The Court took up the issue of custodial violence and abuse of police power in the case of D.K. Basu, Ashok K. Johri v. State Of West Bengal, State Of U.P (1996). The court held torture during custody to be a gross violation of the fundamental rights of the prisoners. The court also established that in case such violence is undertaken against a prisoner, the prisoner must be provided with monetary or pecuniary compensation.

The need for reform in prison rules

“Hate the crime, not the criminal”

The above quote deters the violence and social stigma against prisoners and promotes reformation and rehabilitation. There are also several issues such as overcrowding, physical abuse, stigmatization, custodial violence, lack of proper healthcare, basic facilities, etc., which have emerged after the formulation of the prison laws.

These violate the rights and freedoms enshrined to everyone by the Constitution of India. There is a need to incorporate reformative programs along with fresh provisions to reform the present prison laws to the recent issues faced in the prisons. There have been several developments since the enactment of the Prisons Act, 1894. There is a dire need to revise the legislation and bring in reforms based on the current needs and problems faced in the prisons.