This article is written by Anvita Bhardwaj, from Symbiosis Law School, Noida. This article aims to explain the best bakery case, also known as the Tulsi Bakery case.

In the month of March 2002, a communal frenzy surrounded the city of Vadodara. It was the time when the 2002 Gujarat riots took place in India. This was a three day period of communal violence. During this time, on March 1, 2002, the Best Bakery (situated in Hanuman Tekri) area was attacked and burned down by a mob. The attack on the bakery resulted in the death of 14 people. The Best Bakery case was a symbol of the 2002 Gujarat carnage. Its controversial nature attracted the allegation of the State Government, implying the government’s compliance in it. Zaheera Shaikh was among the few survivors of this attack. In a broadcasted interview, she narrated what she had witnessed. According to her a large mob first surrounded the bakery around 8 PM in the evening. They first committed theft by stealing all the goods that were present in the bakery. After stealing the goods they had set fire to the bakery leaving no room for the people present inside to escape. All 21 accused of the crime were acquitted. This received strong backlash in the international community with Amnesty International’s report stating the failure of justice delivery to the victims despite the existence of strong evidence.

Timeline of the case

This case is the apt example of hearsay evidence and perjury by Zaheera Sheikh. Hearsay evidence is when a person makes an “out-of-court” statement to support his or her claim and the knowledge of truth in the matter on-going in the court. Perjury is the offence of being dishonest under oath. Zaheera is also charged for perjury in this case as she publicly accepted that she lied in Court in Vadodara. She requested a re-trial but when she was given the same opportunity she turned hostile yet again.

What Zaheera did was that she made a mockery out of the justice system. In two different courts, she turned hostile. This asserted that a person’s word or opinion holds no value in the court. The statement of any witness can be manipulated with power and authority and swayed in the favour of anyone who holds or exercises that power. Usually, three things are taken into consideration to ensure that a witness is honest. These are:

In 2006, 9 of the 21 people were convicted of murder under Section 300 of the IPC. They were sentenced to life imprisonment. 8 of the accused were granted acquittal and warrants were released for the 4 accused who went missing. This was held by a Trial Court. Later, the Bombay High Court acquitted 5 of the convicts stating the lack of evidence and upheld the decision taken by the Trial Court with regard to the remaining 4. You can click here to read the full judgement.

Failure of police in carrying out investigation

Despite being a clear case of mob violence in the backdrop of riots the police failed to collect evidence that would have proven to be helpful during the trial in implicating the accused. Zaheera was allegedly intimidated along with her family members which led her to retract her statements that she made in the F.I.R. This case was one of the first cases which were tried by the courts in relation to the Gujarat riots (riots which led to a widespread loss of life and property). In 2003, 37 out of 73 witnesses became hostile. Even Zaheera who first claimed she witnessed the whole incident with her eyes, later changed her stance. She later stated as soon as she heard people chanting communal slogans she ran upstairs to the terrace with her family and locked herself in a room. The case depended on witness testimonies which were ever-changing. Had there been ample corroborative evidence this situation wouldn’t have presented itself and the justice delivery system wouldn’t have been mocked by such witnesses.

Majority of the media did not shy away in expressing outrage against the long-drawn periods of acquittal. When the newspapers reported that the key witnesses, including Zaheera and her family, had lied about their statements in the court due to death threats, the public sympathy lay with them. The wife and daughter of the deceased were perceived as helpless in the eyes of the nation. The affiliation of the BJP party in the alleged threats made to the family made it a controversial and a high-profile case. Amnesty International also critically reported that the judgment lacked in providing justice to the victims of the communal violence in Gujarat while pointing out the lack of government support. The National Human Rights Commission condemned the judgement calling it a “miscarriage of justice”. There were a lot of advocates, including the NHRC, that requested a fresh trial to be conducted by an independent agency. The Supreme Court also expressed its displeasure at the acquittal of the accused.

However, the government had a completely different stance and represented another opinion where it pointed out that there are many other cases in which the guilty accused get an acquittal. They pointed out that it was evidence that decided who gets punished and who goes unpunished. The then Solicitor General Mukul Rohatgi gave an example of the 1984 anti-Sikh riots. He cited that many accused in those riots are also roaming free till date.

In my opinion, the judgement of the court was apt as one cannot convict any person without evidence. Even if someone does commit a crime, but the prosecution fails to prove the crime beyond reasonable doubt, the court cannot convict any person on the sole basis of assumptions or opinion of the people. The due process of law has to be followed for an efficient justice delivery system. Still, a lot of importance is given to the words and opinion of the people. Even in the case of the Best Bakery, post-interview in the Sunday Express, with due diligence, an investigation was probed into the matter and a fresh trial was conducted. The three Supreme Court judges, in light of the outrage, ordered the Head of Police (Gujarat) as well as the Chief Secretary of Gujarat to be present in court and explain their actions. Chief Justice V.N. Khare said he had zero confidence in the Gujarat State Government.

The Best Bakery case is one of the landmark judgements in the Indian Judiciary. It had a lot of sensitive issues that it presented itself with, like genocide, communal violence, hearsay evidence, hostile witnesses, etc. The impact of the media was huge on this case. The judiciary was successful in handling the case with utmost poise and intelligence. The judges did not buckle under the pressure that surrounded this case and remained unbiased all throughout. They judged the case on its merits and not on its popularity. When they observed that Zaheera was misleading the court time and again even she was duly punished.

The 2002 Gujarat riots were indeed a shadow of our country. The violence was caused due to burning of the Godhra train which carried over 50 Hindu pilgrims. This arson was supposedly committed by members of the Muslim community. As a response to the Godhra train burning incident, the Muslim minority was targetted as a whole and communal riots broke out in Gujarat for a three-day period, which was followed by three months of violence in Ahmedabad. The controversial nature of these riots suggested Narendra Modi government’s complicity in it. However, in 2012, a Special Investigation Team was set up by the Supreme Court. The appointment of this team was to probe an investigation regarding the government’s involvement in the riots. Mr Narendra Modi was awarded a clean-chit in this case. The SIT helped clear common misconceptions of the citizens and informed them that the government did everything in its power to help the Muslim community and prevent the riots. Some people were unhappy with the SIT’s decision and investigation. They petitioned for Narendra Modi’s prosecution as they believed that SIT suppressed crucial evidence. The report furnished by SIT was upheld by the Supreme Court of India in 2014. There was another section that classified this neither as communal violence nor as riots but pogrom calling the train incident as a staged incident to trigger the “premeditated” violence. 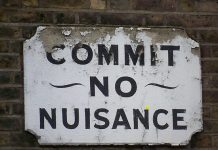 Nuisance as a crime 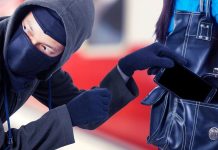 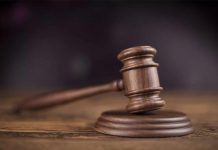 Legal protection available to an accused during a criminal trial