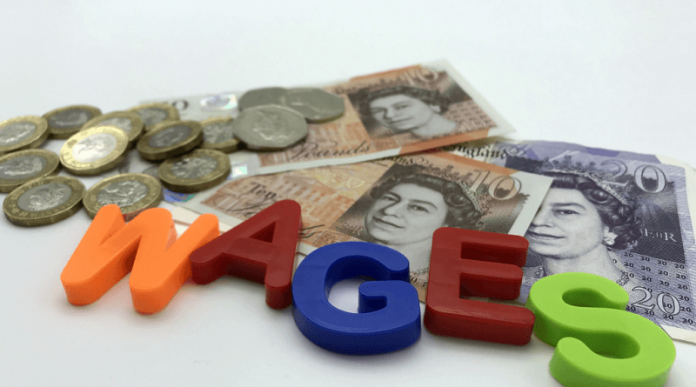 This article is written by Sukeshi Singh pursuing Diploma in M&A, Institutional Finance and Investment Laws (PE and VC transactions) from Lawsikho.

The Indian government has been working on a complete overhauling of the archaic labour regulations to organize the same for promoting investments. The new set of regulations consolidates 44 (forty-four) labour laws under 4 (four) categories of codes  as follows:

The Codes have already been passed by the parliament and received President’s assent. Under the codes, the State Governments are required to formulate their respective state rules, which are to be in line with the provisions of the codes. The government had earlier announced that the codes will be brought into effect or implemented from April 1, 2021 however, considering the ongoing COVID-19 pandemic, states have been unsuccessful in framing rules for all of the codes. Therefore, no tentative date for implementation of the codes has been announced yet.

Understanding the Code on Wages, 2019

The Code on Wages (“Code”) once implemented shall replace the following acts:

The Code consists of 69 (sixty-nine) sections divided into 9 (nine) chapters.

Key features of the Wages Code

The Code, in Section 2 (k) and (l) has expanded the definition of “employer” and “employee”, to cover employees in both organised and unorganised sectors. Prior to this, the provisions of the MWA and PWA used to apply only to workers drawing wages below a particular ceiling and working in scheduled employment only. However, under the Code, the minimum wages and the payment of wages provisions cover all establishments,  employees and employers as defined, unless specifically exempted by the Code, such as, the member of the Armed Forces of the Union and apprentice engaged under the Apprentices Act, 1961 are specifically excluded from the definition of employee.

Section 3 (1) of the Code provides that there shall be no discrimination in the payment of wages based on the gender of the employee in relation to the same work or similar work done by the employee. This is a change from the earlier act,  ERA, which provided for payment of equal remuneration to men and women workers exclusively.

Chapter II, Section 5 of the Code, provides for minimum wages. The appropriate government, (either Central or State Government depending on the type of establishment), shall specify the minimum wages for time work and for piece work. Minimum wages shall be prescribed while taking into consideration the skill of workers, geographical area and the difficulty of work, like temperature, humidity, hazardous occupation and underground work etc.

As per Section 9 of the Code, the Central Government, after consultation with the Central Advisory Board, will set the national floor rate for wages after taking into consideration the minimum living standards of workers varying across geographical areas. The minimum wages, fixed by State Governments for their respective region, cannot be lower than the national floor rate for wages.

The Code also provides that there would be a review/ revision of minimum wages at intervals not exceeding 5 (five) years.

The appropriate government, under the Code, shall also fix the number of hours of works that will constitute a normal day, provide for a rest day after every 7 (seven) days of work and provide that overtime rate (for every extra hour, not less than twice the normal rate of wages) shall be paid to the worker who is asked to work on a rest day.

Chapter III of the Code provides for the manner of payment of wages to employees, i.e. currency, cheque, bank account or electronic mode. The employer shall fix the wage period for the employees, which shall be on a daily, weekly, fortnightly or monthly basis only. The wages shall be subjected to deductions as and in the manner specified below:

Chapter IV of the Code provides for payment of bonus to all employees of an establishment employing 20 (twenty) or more people, who have put in at least 30 (thirty) days work in an accounting year. The minimum bonus shall be paid on an annual basis at the rate of 8.33% (eight and one-third percent) of the wages or Rs. 100 (Rupees hundred) whichever is higher, irrespective of the employer having an allocable surplus of the previous accounting year. If the allocable surplus exceeds the minimum bonus payable to employees, the employee shall be entitled to receive the bonus in proportion to their wages, subject to a maximum of 20% (twenty percent) of their wages.

The allocable surplus shall be calculated in accordance with the provisions of the Code. It shall be equal to 60% (sixty per cent) in the case of a banking company and 67% (sixty-seven per cent) in the case of other establishments, of the available surplus. The available surplus shall be the gross profits of that accounting year minus certain deductions i.e., depreciation admissible under income tax and direct tax that the employer is liable to pay.

The appropriate government shall appoint one or more authorities to hear and determine claims that arise under the Code. The authority shall endeavor to decide the claim within 3 (three) months depending on the circumstances under which the claims have arisen. Any person aggrieved by the order of such authority may appeal to an appellate authority within 90 (ninety) days from the date of the order. It is pertinent to note that the earlier labour laws provided for varied limitation periods for filing claims. However, under the Code, the limitation period for filing claims has been fixed at 3 (three) years from the date on which the claim arises.

Rules relating to Code on Wages, 2019

The said rules have been drafted by the Central Government. The main highlights of the rules are as follows:

Currently, the states which have formulated rules for the Code are Karnataka, Bihar and Uttar Pradesh. These rules are still in draft stages and have not been finalized yet.

It cannot be denied that consolidating labour laws and facilitating e-governance will enable ease of doing business, invite foreign investors and create more opportunities and the provisions of fixing floor wages for minimum wage will hugely benefit our labour-intensive country. However, since the four repealed legislations were historically enacted to address different issues at different points in time, amalgamating these legislations keeping in consideration the purpose of the legislation may be difficult. Another problem associated with the implementation of the Code will be the formulation of rules for all the labour codes by all the states in the country, which will be a herculean and time-consuming task.

All about minimum wage in UK