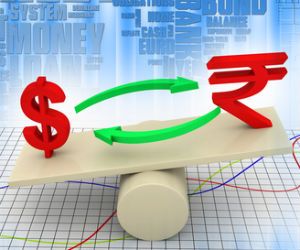 In this article, Shubham Khunteta, a student of National Law University, Odisha writes about Foreign Currency Non-Resident (Bank) Account, an account that is required to be opened by NRIs and PIO to invest in India. The FCNR Account scheme was introduced with effect from May 15, 1993, superseding FCNR (A) where exchange rates risks were borne by RBI affecting its balance sheet. This account is, in a way, a fixed deposit account, an account with the Indian bank or its branch to invest in India by depositing designated currencies and later many permitted currencies, on which one can earn interest. These accounts can thus be maintained by Non-resident Individuals of Indian Nationality or Indian origin, in foreign currencies by opening them with the authorized banks and authorized dealers a Nationality or Indian origin[1].

NRIs of Pakistan and Bangladesh require prior approval of RBI.

Initially, this facility to open an account was also available to Overseas Corporate Bodies, which has been withdrawn with effect from Sep 16, 2003. The deposits in this account are primarily governed under the Foreign Exchange Management Act, the Foreign Exchange Regulation Act and the rules & regulations made under it[2]. The RBI issues master circulars and notifications in consultation with the Central government if any change in the structure and policy on these accounts is required.

This account is attractive for the investors due to its eye-catching interest rates at the time when they are not getting similar returns in their home country. As we know that international financial markets are globalized, any change in the policies of one country by way of and after any dovish or hawkish outlook may reflect in the policies of another country if the economy of one country is highly dominant or vulnerable as the case may be.

For instance: Low-interest rates in the US due to low inflation in certain circumstances will reduce the appetite of the investors in the US as they will be getting low returns there. This condition, to a certain extent can be counterpoised if the investor is an NRI/PIO and has an FCNR (B) Account with an authorized person in India. An investment climate that is conducive enough and an Indian economy that is not affected by the US during its zero or low-interest regime will be additional factors affecting such returns. On the basis of such relevant factors, interest rates offered are highly attractive in India at such times.

How is the FCNR (B) scheme different from the FCNR (A) scheme?

Understand it with the help of following illustration

Let’s say, an investor from the US opens an FCNR deposit account with an Authorized bank and deposits 1000 US Dollars for one year at an interest rate of 5% per annum. The bank then gives dollars to the RBI in consideration of the exchange value of the rupee in the market. This implies that on maturity i.e. after one year, the investor will get 1050 US Dollars. Now, as we know, the market is free. Currencies are globally traded, therefore, in such a situation, there can be appreciation and depreciation of currency depending on the global value of currency.

Implications of the currency exchange in case of depreciation of currency

Now, let us assume that the value of 1 US Dollar in terms of a Rupee at the time when investor opened his account was 30 Rupees. On the maturity date, for the sake of understanding, let the dollar be equivalent to 40 Rupees. This means that the Indian currency depreciated because of market forces or devaluation as the case may be, and its effects on maturity are-

So, to put it in a nut-shell, it can be said that the objective behind the replacement of FCNR (A) with FCNR (B) was to transfer the exchange rate risk to the banks, but here on certain occasions, the RBI has provided interest subvention benefits to the banks by subsidizing and reducing exchange losses through RBI contribution on the FCNR (B) deposits having maturity of 3 or more years, and it also opened swap windows[3] to attract the foreign inflow of popularly traded currencies like US dollars[4]. 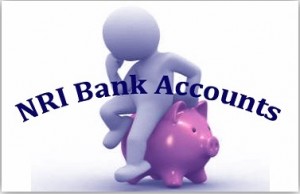 Deposits acceptance under the Scheme for the following maturity periods[7]

After the maturity, the account can be renewed within 14 days, failing which the bank will have the discretion to fix interest rates within the prescribed limit set up by RBI. No bank should employ/engage any individual, firm, company, association, institution or any other person for collection of deposit or for selling any other deposit linked products on payment of remuneration or fees or commission in any form or manner.

This condition is to restrain foreign contribution to fund illicit acts, whether directly or indirectly. Banks should comply with such provisions because there can be an onward transfer of funds through loans taken on such deposits to fund individual, firm, company, association, institution or any other person as there can be an influence of a natural or an artificial person. Funds generated out of these deposits shall not be allowed to be transferred to artificial persons unless they are registered with the Ministry of home affairs. Natural persons can be given such funds but subject to proper scrutiny and compliance by banks.

The interest rates vary between terms and from currency to currency. For ex- Interest rate may vary between 1-year deposit on US dollars and Swiss Franc. Interest earned on such deposit is tax-free in India.

A bank should obtain prior approval of its Board of Directors for the interest rates that it will offer on deposits of various maturities, within the ceiling prescribed by Reserve Bank of India.

On floating rate deposits, interest shall be paid within the ceiling of SWAP rates for the respective currency/maturity plus 200 basis points/300 basis points as the case may be.

There should not be any discrimination on benefits of interest rate offered to one’s staff member and that of a foreign investor with effect from July 18, 2012.

Premature withdrawal of deposits in less than one year would invite no interest rate benefit and along with that, banks can recover swap cost that it incurred at the time of hedging these deposits with RBI from the investor. Similarly, a penalty can be levied by the bank at their discretion if withdrawal is made prematurely on the term deposits after one year on deposits having a maturity period of more than one year.  However, the penalty provision should be disclosed at the time of acceptance of deposits. If there is not such disclosure, then banks will have to bear the costs. Such premature withdrawal is not available if loan is availed of against such deposit

Advances or loans against the funds in FCNR (B) Account[10]

Advance against an FCNR account is permitted without any ceiling, subject to the usual margin requirement. This facility is provided to the investors and interest charged by the banks need not be calculated with reference to the base rates. [It is in respect of both rupee loans and foreign currency loans]. Purposes for which loans can be granted (See Schedule 2 of FEMA (Deposit Regulations)-

At the time of redemption of these funds, the RBI need not worry about foreign reserves being in a healthy position as most of the loans are leveraged. As these deposits are used by the banks to fulfill their Tier 1 capital requirements, they generally protect themselves from any exchange loss at the time of maturity through various options like swap windows opened by RBI or stepping up inflow of foreign currency by inviting another tranche of such deposits. Therefore, if the liquidity tightness is there, it may be replenished by mopping up open market purchases[11].

After elaborate discussion above, the author would like to conclude by saying that foreign contribution and investment can be made through the route of FCNR account and interest earned can be the sufficient source of attraction because this interest is exempted from tax.[12]This account is unique in itself because other accounts like Non-resident (External) Rupee account (NRE Account) and Non-resident Ordinary rupee account (NRO Account) have various conditions around their Repatriability. FCNR accounts can be denominated in any permitted currency unlike NRE and NRO accounts as they can be denominated in Indian rupees only. Also, FCNR (B) accounts are term deposit accounts only whereas NRE and NRO account can be savings, current, recurring and fixed deposit account. Similarly, there are conditions on the interest rate earned [See RBI- Frequently Asked Questions dated Feb 2, 2015][13].

So, it can be safely assumed that although these three accounts are different, their services can be availed by NRIs. One distinction is to be made here that NRO accounts can be opened by Overseas Corporate Bodies and any person resident outside India, except persons belonging to Pakistan, Bangladesh, Nepal and Bhutan, who need prior approval before they do so. Therefore, an investment through FCNR route is an excellent way of raising capital in the form of foreign currency as participation is limited to Non-resident Indians.

Leave a Reply to FCNR-What the fuss is all about? | Finomenon Cancel reply