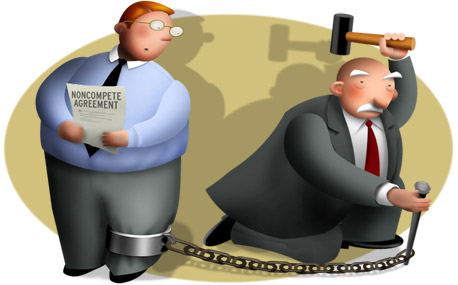 In this blog post, Abhiraj Thakur, a student of NALSAR University of Law, writes about non-compete clauses in post-employment contracts. These types of clauses are very common in the corporate world today. The blog post highlights the purpose of such clauses and how has Indian Judiciary dealt with the issues surrounding it.

There are various clauses that are inevitable in this type of contract, and the Non-Compete Clauses are amongst them. Hence, the researchers have chosen these clauses to analyze their purpose, usage, and interpretation by the Indian judiciary.

Non- Compete Clauses (NCC) or Covenant Not to Compete (CNC) For Purposes of this paper, I will focus on Non – Compete Clauses post – Employment, which is imposed on an employee only post – employment. An example of such a clause would be:

For a two-year period following the termination of an Employee’s employment with the Firm, She/he shall not/never in any genuine capacity, directly or indirectly advise, manage, render or perform services to or for any person or entity which is engaged in a business competitive to that of the Company within any geographical location wherein the Company produces, sells or markets its goods and services at the time of such termination.[1]

Objective/Purpose of such a clause

Such clauses are included in the contracts of employment of senior or highly skilled staff at the commencement of the professional employment relationship[2] and are typically clauses that prohibit an employee from competing with his/her former employer for a certain (pre-defined) period of time after leaving the company/business. It reduces the possibility of an ex-employee soliciting or dealing with customers of the business by using knowledge gained during the prior employment and hence indirectly causing harm or loss in profit to the previous place of employment. Companies and Businesses are allowed to add such clauses to agreements and are even held enforceable (to a reasonable extent) in several jurisdictions so as to be able to give enough leeway to businesses to be able to protect their trade and business. Since most businesses have information that are both integral and very valuable as well as pertinent to their success, it’s important that restriction of the use of this information by employees has to be done by employers to protect their businesses.

Since the idea of such clauses rests on the need to protect sensitive information and hence gain maximum profit out of all investment made in a business, they’re mostly imposed on the employment contracts of senior employees; managers, partners, co-founders and thus the restrictions are considered as justified enough in some jurisdictions as well as in quite a few cases.

In the case of HRX Holdings Pvt. Ltd. v. Pearson, 2012[3], Justice Buchanan had upheld a post-employment restraint that was preventing a senior employee from competing with his former employer for two years.

Closer Analysis of the Clause

The biggest critique that is faced by Non-compete Clauses in India is that they are viewed as a violation of Section 27 of the Indian Contract Act and Article 14 in the Indian Constitution. Indian courts have time and again seen NCC as un-enforceable viewing them as a provision in “restraint of trade” which is impermissible under S.27 of the Indian Contract Act[4] and hence void as well as against public policy due to their potential to prevent an individual from earning a livelihood and infringing on his fundamental right of the same.[5]

Along with that, such non – compete clauses suppress employee motivation to a very large extent. A very crucial principle of how the market and businesses work is that companies want people who are independent, motivated and innovative and such people generally turn out to be employees who don’t like the idea of signing a non – competes as it brings upon this compulsion to want to stay with a business solely because of the contract signed and not because of career prospects or aspirations. Thus NCCs turn out to be quite counterproductive in that regard. “The people who don’t want to sign non – competes tend to be the ones you want most. They’re aggressive, motivated, have lots of ideas. The people who willingly sing are the people you don’t want.”[6] Employees who willingly sign Non – Competes are generally those who don’t think they have the capability to succeed or become a part of another business or company and hence are never really valued enough by their current place of employment.

Similarly enforcement of such Non – Competes gives a very bad image to the company as someone who sues ex-employees and hence serves as a further disincentive in attracting young talent as well as the ability to retain them. 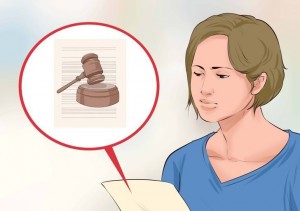 It was in the case of Niranjan Shankar Golikarivs The Century Spinning and Manufacturing Company Ltd, 1967[7]where Justice J.M. Shelat in the Supreme Court had observed that “restraints or negative covenants in the appointment or contracts may be valid if they are reasonable”. Further in Para 18 it was observed that in this particular case “the injunction issued against him is restricted as to time, the nature of employment and as to area and cannot therefore be said to be too wide or unreasonable or unnecessary for the protection of the interests of the respondent Company”.

Thus it established the precedent and showed that Indian courts may in certain circumstances enforce confidentiality agreements which have the intention to protect a business’s or an employer’s proprietary rights.

In 1986, the Supreme Court gave a contrary judgment in the case of Central Inland Water Transport Corporation Limited and Anr. v. Brojo Nath Ganguly and Anr.[8] Justice D.P. Madon found that “in agreement/contract, which has for its object a restraint of trade, is prima facie void. If the terms of contract are unconscionable, unfair, unreasonable, and arbitrary and opposed to public policy, they are void under Section 23 of the Contract Act as also violative of Article 14 of the Constitution even if accepted between the parties.” The court also recognized that various contracts are unconscionable solely because of the gross inequality in their bargaining power and the victimized party doesn’t really have much of a choice but to assent to the contract.

Indian Courts have mostly always observed Non – Compete Clauses to be quite against the employment rights and quite unconscionable because the employee never really has a strong hand in the negotiation. Though, the enforceability of such clauses is also quite contingent on how reasonable they are, how they’re worded and the sort of restrictions they impose; if the restriction completely bars an employee from being able to attain any work whatsoever for a period of time it is clearly a restraint against trade as was observed in the case of HRX Holdings Pvt. Ltd. v. Pearson[9] 2012, where the court had found the restraint reasonable because the employee may have had intimate knowledge of the former employer’s client relationships, pricing arrangements, strategies and other vital information and hence their Non – Compete had valid grounds to be enforceable as well as they had provided him with remuneration.

Most companies claim that restrictions of such sort are quite pertinent to protect their confidential information and proprietary rights which are why even in India various foreign companies seek to include confidentiality, non – solicitation and non – compete clauses in their contracts with prospective senior management employees.

The New Delhi High Court gave a judgment in 2009 reaffirming India’s stance on Non – Compete clauses in the case of Desiccant Rotors International Pvt Ltd vs. Bappaditya Sarkar & Anr.[10]Given by Justice Manmohan Singh wherein he clearly laid down that “The stance of the Indian courts on the question of restraint of trade is unmistakably clear.” He found it important to reiterate the principles embodied in Sec. 27 of the Indian Contract Act and that in the scenario of a clash between the attempt of an employer to protect himself from competition with respect to right of an employee to seek employment wherever they choose, the right to livelihood of employees must prevail.[11]