This article is written by Sahaja from NALSAR University of Law, Hyderabad. This article evaluates the essentials of a contract and the significance of forming a valid contract.

The term contract is defined in Section 2(h) of the Indian Contract Act. It is defined as an agreement enforceable by law. What  happens herein is that one party puts forth a proposal before the other party. When the proposal is accepted by the other party, it becomes a promise. This promise, backed by a consideration (in cash or kind), is an agreement. An enforceable agreement, that is, an agreement to which the parties want legal backing and rules according to which it must comply, is a contract.

The necessities associated with the formation of a contract

An enforceable agreement is a contract only if the contract is valid. A contract that is invalid, vitiated or irregular will either be void, voidable or unenforceable. Therefore, a contract must be formed keeping in mind certain conditions and terms that have to be met with before and during the formation of the contract. The Indian Contract Act, 1872, prescribes the law relating to contracts in India.

The key ingredients in a contract and their respective provisions

The requirements of a contract are as follows:

When these requirements are not met, the contract will be invalid and could be rendered void.

In this case, a person who received services from a fire brigade under the impression that the area was entitled to free service, had to pay the fire brigade when he found out that the area did not service charge free. He had made an implied promise to pay for the service while availing of benefits.

The communication of acceptance under the Contract Act has different rules for different modes used to communicate the acceptance.

For the postal mode of acceptance, the acceptance of the offer is complete when the letter of acceptance has been put into transmission by the offeree. This acceptance is complete against the offeror and the offeree and the contract will be created. This has been reiterated in the case of Adams v. Lindsell (1817). The court’s reasoning in this judgment was that if one party is given an option of knowledge/ information the other party must also be given the option to receive an acknowledgment. If this is given it will go on ad infinitum. To stop this chain at the first instance, the contract is concluded when the letter of acceptance has been put into the transmission.

An act done at the request of another, express or implied, is sufficient consideration to support a promise.

A promise to pay a subscription becomes enforceable as soon as any definite steps have been taken in furtherance of the object and on the faith of the promised subscription.

In this case, it was held that if there is no consideration to pay a particular sum towards a charity, a person cannot be held for non-payment.

Past consideration is an act done without any promise. In Indian Law, a promise to compensate for a past act that is voluntarily done is enforceable. An act done by one party at the request of another is also enforceable.

In this case, an imprisoned person asked an acquaintance to get him out of the prison. When this request was made, he had not promised to give the acquaintance anything in return. His friend got him out, after which he promised to pay him a certain amount, but he didn’t pay. Therefore, the friend filed a case. The court held that the person is liable to pay since the act was done at his request.

Therefore, the consideration in a contract must be valid without which the contract will be void and unenforceable.

A minor’s guardian can enter into a valid contract on behalf of the minor. Such contracts can also be enforced by the minor.

There cannot be reliance-based estoppel. The minor cannot be estopped from the original agreement. The defence of infancy acts in the minor’s favour.

The doctrine of restitution- a minor obtains property of goods by misrepresenting the age. The property can be restored from the minor if it is in their possession.

In this case, a minor deceived a moneylender with respect to age and secured some amount. The moneylender sued the minor for the restitution of money. The money could not be traced therefore, this doctrine does not apply to money. The minor was not liable.

Free consent of the parties

If consent is caused by mistake the agreement is void and cannot be enforced by either of the parties.

Religious influence is very dangerous and powerful. The court, in this case, stated that she cannot recover the amount due to the law of limitation. She had claimed to recover the amount after 6 years which is a delay and limits her from claiming the share. The court did recognize that it is a case of undue influence.

Section 23 of the Contract Act states what considerations in a contract are lawful and unlawful. An object that is forbidden by law defeats the purpose of any law, is fraudulent, or opposed to public policy is unlawful. Contracts in which the consideration is unlawful are void.

In this case, a person, who was elected as a sarpanch for a period of five years, made an agreement with another member that the latter would be given two -year term and the elected one, the remaining three years. The agreement was held to be void as it would have defeated the purpose and provisions of the Punjab Panchayat Raj Act, 1994.

The consequences associated with not forming an appropriate contract

When a contract is formed without complying with the section of the Contract Act, it will lead to the contract being void or voidable due to which the parties intending to contract might face losses or would fail to acquire services or goods from the other party. A void party is not enforceable, due to which, except in rare cases, the parties cannot be compensated. A voidable contract can be deemed as void at the choice of one of the parties to the contract. Therefore, to avoid such situations, it is of utmost significance to form contracts that are in complete compliance with the Indian Contract Act.

In conclusion, the essential requirements to form a valid contract are that there needs to be an offer and an acceptance to the same offer, considerations from both the parties must exist, the parties entering into the contract must be competent to contract, these parties must give their free consent and lastly, the object must be lawful. 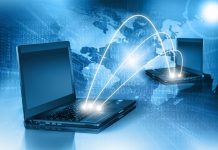 Contract requirements for data transfer to a processor 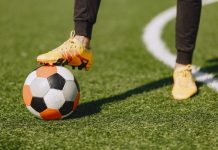 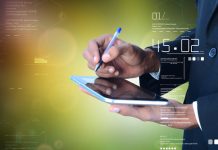