This article has been written by Tanya Gupta, pursuing a Diploma in M&A, Institutional Finance and Investment Laws (PE and VC transactions) from LawSikho.

If an undertaking or enterprise is acquired by reason of rights or contract or any other means then control has been established over the enterprise. Decisive influence has been exercised with the activities of the target Company. Power to determine decision of target company in relation to the matters of strategic commercial behavior like budget, business plan, appointment of senior management. Decisive influence takes place by:

In Hong Kong, there is a merger control regulation. There is no part of territory or territory which is exempted from merger rule. Mergers that have or likely to have effect of lessening competition in Hong Kong is prohibited by Competition Ordinance( which came on 14 December 2015). The merger rule only applies to mergers where at least one undertaking acquies control either holds carrier license within the meaning of telecommunication Ordinance in Hong Kong or directly or indirectly controls an undertaking which holds an carrier license. Carrier License is a license which is issued to network operators that carry communications smoothly between locations.

The Competition Tribunal has the power to order a split-up of business irrespective of mergers if there is a contradiction between competition rules which includes merger rules and general prohibition rules. The general prohibition rules include first conduct rules and second conduct rules. The first conduct rules is a restriction that is not directly related to prohibition on anti-competitive agreements on the other hand second conduct rules is abuse of market power. Apart from Commision and Communication authority there is no other such other authority which consider the issues of merger control. In other words, there is no other authority that needs to be notified regarding merger control.

Presently mergers which involve carrier Licensees in the telecommunication sector attracts the rules of Competition Ordinance.

A merger takes place under the Competition Ordinance if:

The regulator must commence an investigation of a merger within 30 days after it first became aware, or should have become aware, that the merger has taken place.

Types of Transaction which needs to be filed

The transaction can be subject to merger control if the acquisition of a minority interest of an undertaking results in decisive influence( power to have decision on budget, business plan, appointment of senior management) on target enterprise like to have veto rights.

Threshold decide whether a merger notification must be filed

There is not any particular numeric filing threshold specified by the Competition ordinance still mergers that decrease or likely to decrease the competition in Hong Kong are strictly prohibited. This test is similar to earlier regime under telecommunication ordinance but the threshold, but the thresholds that were previously used to identify when a change in relation to career licensee occurred have been replaced by control test similar to set out under Council Regulations on the control of concentrations between undertakings.

The Competition Commision has identified two indicative safe harbours measures. The First one involves a test based on four-firm concentration ratios and the second one is based on Herfindahl- Hirschman Index. The Commission has stated that a horizontal merger is where the post-merger combined market share of the parties to the transaction is 40% or is more likely to raise competition concerns.

The Competition ordinance does not consider the issue of temporary change of control. According to the rules and regulations, the undertaking which is not of lasting nature the Competition authority will not consider the issue of temporary change of control of undertaking. Change of control of undertaking which is purely transitory in nature for instance the undertaking which is very short among several operations are likely to have any competition in a relevant market so these types of transactions need not to be notified and are exempted from merger control. The merger control are not applicable to statutory bodies which are in Hong Kong unless specified in regulations There are currently six statutory bodies that are exempted from the merger control rule and these are as follows:

Transactions which are under merger control is the type of transactions when there is overlap of activities between undertakings. If at least one undertaking which carries a carrier license in Hong Kong or the direct or indirect control of an undertaking which holds a carrier license in Hong Kong is caught by the merger control. There are no other exemptions which are applicable when the thresholds are met because the merger regime is voluntary.

As it is already explained that filing of notification is voluntary, there is not any particular deadline during which the notification has to be lodge. Still, according to the guidelines it is expected from the merger parties to inform the competition authority at any early stage so that it can understand whether the Competition Authority has to concern the issue regarding the proposed transaction. Merging parties are expected to contact Competition Authority to seek their non-binding informal advice on the matter related to proposed transaction whether it raise competition concern. Merger parties seeks Competition Authority for their viewpoint under merger rule in two ways:

On a non-binding and confidential basis, the competition authority advises merger parties regarding the proposed transaction whether it will raise concerns under the merger rule. However there is no specified form under this route but Competition Authority encourages merger parties to prove that either head of agreement, term sheet and sale and purchase agreement are in place. Parties can also make reference to Form M to the extent where it is applicable while submitting their notification.

Parties may apply to Commision Authority as to whether the merger is:

The information is required to be set out in form M if a formal decision is sought from the Competition Authority.

The investigation must be commenced within 30 days by the Competition Commission if it was aware that the merger takes place. Proceedings must be brought before the Competition Tribunal within six months if the case of Commission has reasonable cause to believe contravenes or is likely to contravene the Merger Rule:

Implementation of merger before approval is not prohibited because the filing of notification is voluntary. When a party is under takeover code to make a mandatory general offer that would result under the change in carrier license under Telecommunication Ordinance the Communication Authority in relation to change in carrier license gives formal consent to a MGO offeror before it is an obligation to make a MGO.

The Parties can safely conduct due diligence required to complete the transaction if control are in a place around exchange of commercially sensitive information. Generally, such control involve the competition protocol, small centralised team with whom information can be shared. Before completion, the merger parties that are competitors should not proceed to take steps to integrate the business.

When a mandatory general offeror fails to obtain formal consent from the Communication Authority it may result in disciplinary actions under takeover code. Sanctions include issuance of public apology, public censure and requirements on the company involved, licensed representatives and registered institutions not to act or implement the merger.

Under the Competition Ordinance, an appeal lies to the court of appeal to review the decision or order or determination of the tribunal. The Court of appeal has the jurisdiction to hear and determine the appeal and may: 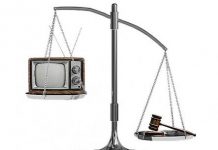 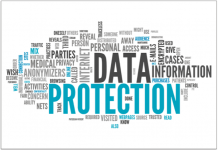 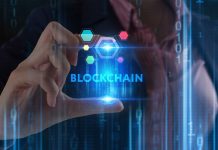