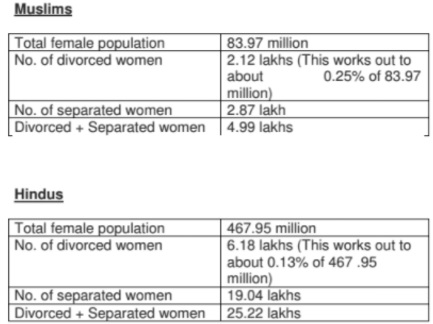 Nikahnama or the contract of marriage is a document which entails all the details of the marriage contract for example Name of the groom and bride and their personal and family details, their economic status, the most important terms of ‘mehr’ (dower) or consideration, the form in which mehar has to be payed, time, and other details.

All the conscionable terms and details can be included in the “Nikahnama” due to which it is very important. Muslim Personal Law Board also referred as AIMPLB has passed a standard form of Nikahnama to be followed. However, it is not binding.

As per the “Muslim Law” a marriage is a form of civil contract. A Nikahnama acts as a written form of contract. It acts a proof of marriage in fact, it is the backbone of a marriage. As it carries all the details related to the marriage contract between bride and groom which entered while the solemnisation of marriage. It acts as a key to resolving issues arising out of marriage. It is pertinent to note that All India Muslim Personal Law Board (AIMPLB) first passed voluntary guidelines for a model “Nikahnama” in the the year 2005 however they did not have a binding effect.

Why we need a ‘Model Nikahnama’?

Nikahnama is the foundation of a marriage. It is pertinent to note that All India Muslim Personal Law Board (AIMPLB) first passed voluntary guidelines for a model “Nikahnama” in the year 2005, however, they did not have a binding effect. At present there is no “Model Nikahnama” which has a binding effect on all marriages. Nikahnama has got huge attention especially due to the current “Triple Talaq” debate because a “Model Nikahnama” binding on all marriages in the country will help women secure a better status in the Muslim society. It has been widely observed that without any Model Nikahnama marriages are solemnised with lot of erroneous data.

On the role of Qazis, Supreme Court observed in All Assam Muslim Marriage & Ors. vs State Of Assam And Ors:

“Qazis are not empowered under the law in India to issue certificates of marriage or divorce. Their presence during either of the events does not validate the events and their absence does not invalidate them”.

Even families intentionally provide wrong data in the nikahnama for their short term benefits which in future turn out to be an apple of discord. Sometimes when there is an information missing in the Nikahnama the plaintiff has to settle with the remedy decided by the court and it also gives a stronger party to dominate the weaker one.

Due to these errors in the data it becomes a herculean task for the Courts to settle disputes.

There is a need for more lucid and well defined guidelines which are binding on all the couples marrying under the Muslim Law/Shariat law. Even families intentionally are unaware of a lot of terms in the ‘Nikahnama’ which later turn out to be a cause of conflict. There is a dire need to eradicate this serious issue. There should be well trained or at least there should be a minimum qualification to be a Maulvi witnessing the marriage.

Nikahnama has become a burning issue due to the recent controversies over the ‘validity of the concept of “Triple Talaq” in marriage under the Muslim Law’. The As per a lot of scholars such model of “Nikahnama” should be developed which prohibits “Triple Talaq” should not be allowed some have even suggested that both husband and wife should be given the option of “Triple Talaq” but it’s a minority view. AIMPLB recently accepted that “Triple Talaq is wrong but valid” Muslim Board. Supreme Court has frequently advised the AIMPLB to clear its stance on Triple Talaq, polygamy and nikah halala practices.

Data according to Census 2011, India

As per the data aforementioned it can be easily inferred that Muslim women are proportionately two times prone to divorce than Hindu women. This shows the ill effect of concept of “Triple Talaq”. The constitutional validity of practice of ‘Triple Talaq” is under the sub judice. Hon’ble Supreme Court concluded historic hearing but reserved its verdict. The constitutional bench was headed by judges hailing from different religious communities hindu, muslim, christian, sikh and parsi. The Court’s verdict will have long lasting lasting effect on the whole judicial system of the country. This judgment has the potential to change the face of Indian judiciary.

What will be the benefits of a “Model Nikah Nama”?

Under Muslim Law, marriage has been considered as a pious civil contract. “No sacrament but marriage has maintained its sanctity since the earliest time. It is an act of ibadat or piety for it preserves mankind free from pollution […] It is instituted by divine command among members of the human species”. A valid contract is which puts contracting parties at equal status but as per the present practices in marriage women are put at stake they have to face hardships. There is ample available data which proves that the condition of Muslim women is grave in Indian society and there is ugent need to take steps to ameliorate the grave condition of Muslim women in the country. It’s the state obligation to protect and ensure equality among its citizens. Religious beliefs and practices have to evolve with time because

“Change is the law of nature”.