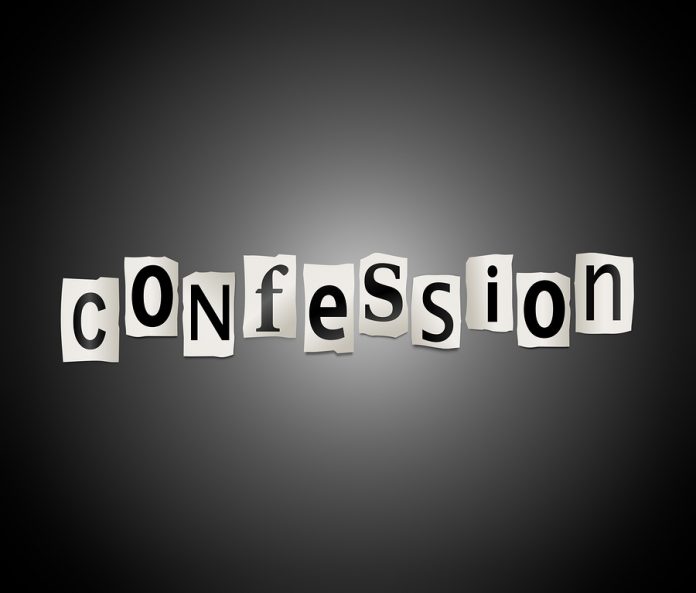 This article is written by Raj Dinesh Chaurasia, pursuing a Certificate Course in Advanced Criminal Litigation & Trial Advocacy from LawSikho.com.

The self exculpatory statement is a statement used as a defence to secure himself in proceedings. More information about self exculpatory statements is defined in the case of Palvinder Kaur v. State of Punjab. In this case, the accused knew or had reason to believe that such an offence had been committed and that with the requisite knowledge and with the intent to screen the offender from legal punishment, the accused caused the evidence thereof to disappear or gave false information respecting such offence knowing and having a reason to believe the same to be. The statement that contains self exculpatory matter cannot amount to a confession. If the exculpatory matter is of the same fact and which is true, it would negatively affect the offence alleged to be confessed.

In another case, Pakala Narayana Swami v. Emperor, it was well accepted that the rule regarding the use of confessions and admission is that these must either be accepted as a whole or rejected as a whole and that the court is not competent to accept only the inculpatory part while rejecting the exculpatory part as inherently incredible.

The self incriminatory statement defines that statement that can prove an offence or the accused can admit himself for the commission of the alleged offence in criminal proceedings is also known as a self incriminatory statement. Article 20 clause 3 of the Constitution of India puts forth that “No person accused of an offence shall be compelled to be a witness against himself.”

Self incriminatory statements were discussed in detail in the case of Nandini Satpathy v. P.L Dani. In this case, the appellant, the former Chief Minister of Orissa was directed to appear in Vigilance Police Station for being examined under the case registered against him under the Prevention of Corruption Act, 1947 along with Sections 161, 165, 120-B and 109 of Indian Penal Code, 1860. The police officer had started an investigation against her and she was interrogated with a huge list of questions given to her. While she denied answering, she claimed protection under Article 20(3) of the Indian Constitution.

Delving into the provisions revolving around confession under the Indian Evidence Act, 1872

Confession is merely a species of admission. Mr James Stephen in his book Law of Evidence defines confession as “Confession is an admission made at any time by a person charged with a crime stating or suggesting the inference that he committed that crime.”

Section 24 of the Indian Evidence Act, 1872 states that if a confession was given by an accused before the court under any inducement, threat or promise then it is irrelevant in criminal proceedings.

Section 26 of the Indian Evidence Act, 1872 states that if an accused is in police custody and is giving a confessional statement in the absence of a magistrate then that confession statement shall not be proved against such person.

Section 27 of the Indian Evidence Act, 1872 states that in police custody during the investigation or statement recording, the accused can give confession and facts can be explained before police officers then that police can act as per the information provided and that fact can be recovered by police and can be proved against that person.

Section 29 of the Indian Evidence Act, 1872 states that if a confession is relevant, it does not become irrelevant because it was made under a promise of secrecy, or in consequence of practice on the accused person.

Section 30 of the Indian Evidence Act, 1872 talks about the consideration of proved confession affecting persons making it and others jointly under trial for the same offence. In Biraja Panda alias Butia v. State of Orissa Opp Party, it was clearly stated that when the accused persons are more than one and are tried jointly for the same offence, confession of a co-accused implicating himself and other accused may be taken into consideration by the court against those accused persons as well as the person making it. However, before such a confessional statement is taken into consideration against the other accused, the following conditions must be filled:

As per Section 80 of Indian Evidence Act, 1872  any document or records produced before the hon’ble court for record of the memorandum of evidence or any part of the evidence which is in a judicial proceeding that all such evidence shall be considered as true evidence and give that evidentiary value to the judicial confession. Any confession can be made in the presence of a magistrate or the court which records by evidence as per law and that evidence can be considered as a true and authentic or genuine confession.

Section 164 of Cr.P.C defines the term as any Metropolitan Magistrate or Judicial Magistrate may, whether or not, have jurisdiction in case to record confession or statement in the course of the investigation. Before taking confession from the accused, the court may inform that there is no compulsion to give confession and if he makes one it will be counted as evidence against him. The court cannot force any person to confess his refusal, however, a person may confess voluntarily of his own will.

A retracted confession is a confession that was voluntarily made by the confessor earlier, however, he retracted it later. In Pyarelal Bhargava v. State of Rajasthan, the appellant was the Superintendent in the Civil engineer’s office. He removed a file from the Secretary’s office through the clerk and took it home and made it available to his friend who was co-accused, and he also removed certain documents and substituted others. The appellant returned the file to the office the next day. He made a confession when the Chief Engineer threatened that if he did not disclose the truth the matter would be placed in the hand of the police. The confession was later retracted and three courts below were of the opinion that the statement of the chief engineer did not amount to a threat in the circumstance of the case. A retracted confession may form the legal basis of a conviction, if the court is satisfied that it was true and voluntarily made. As a general rule, it is unsafe to rely upon a confession much less a retracted confession unless the court is satisfied that the retracted confession was true, voluntarily made and corroborated in material particulars. In this case, there could be no doubt that the necessary ingredients constituting the offence of theft were made. To constitute theft the loss caused need not be permanent, even temporary dispossession through the person taking the property intended to restore it, may constitute theft. It was held that a retracted confession may still be used as a basis for conviction. Its corroboration would be a matter of prudence and not of law.

When there are more than once accused in a case and they all are jointly prosecuted for the same offence,  the confession of the co-accused is admissible in court. If there is substantial evidence then the only confession is taken into consideration to set the doubt at rest. Let us look at a hypothetical situation to understand this better. For example, three people Hiten, Jeetu and Arjun can be charged for the same offence of murdering Nikhil. In this case, if Hiten gives a confessional statement against himself admitting the offence committed by him, the court will then be able to deduce that his co-accused – Jeetu and Arjun were also responsible for the murder of Nikhil. In this way, the court can use the confession of Hiten against all the accused.

The procedure of recording the confessions is defined in Section 164 of the Criminal Procedure Code (Cr. P.C).

In this article, the author has explained all one needs to know about confession. When an accused at any time admits that alleged offence and the charge which is against him, that is called a confession. There are different kinds of confessions that are available such as – judicial confession, extra-judicial confession, retracted confession, confession by co-accused which have been discussed in detail in this article. The relevant sections on confession in the Indian Evidence Act are: Section 23, 24, 25, 26, 27, 28, 29, 30, which is explained in this article and the procedure for recording a confession is put forth under Section 164 of Cr.P.C. According to the author’s point of view, every citizen of the country should be aware of confession so that people can know the rights as per law and take proper steps with the help of knowledge.