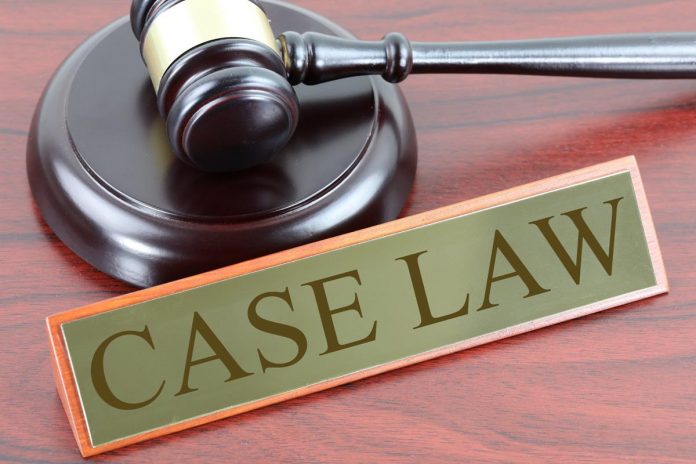 This article is written by  Akansha Arora.  This article has been edited by Ruchika Mohapatra (Associate, Lawsikho).

In Neha v. Vibhor Garg, the husband filed a divorce petition and provided the wife’s telephone conversation to the court to demonstrate the wife’s cruelty. The High Court declared in response that this is a breach of the wife’s right to privacy and hence cannot be entered as evidence.

The aforementioned ruling represents the principle that some communications, such as those between spouses, are ‘privileged.’ As the law acknowledges, privileged communications are those that, by its evidentiary standards, is highly probative and trustworthy and are therefore prohibited from disclosure in a court of law. This is done to safeguard and promote those relationships that society considers valuable. Similarly, contact between the husband and wife is seen as privileged in order to preserve the respected institution of marriage’s peace and harmony.

However, as important as it is to maintain marital bonds, it is as critical to see divorces positively. When couples’ relationships have deteriorated due to abuse, infidelity, or to the state of irretrievable disintegration, divorce becomes a necessary step toward healing and moving forward. On that basis, the current study will examine whether or not providing telephone conversations that were recorded without the knowledge of the other spouse should be acceptable evidence; and secondly, whether or not this presents privacy problems.

Preview of the case

A divorce petition was filed in Neha v. Vibhor Garg under Section 13 of the Hindu Marriage Act, 1955. (HMA). The husband provided the Compact disc holding the recorded telephone conversation between the husband and the wife to show the case of cruelty. The District Court agreed with this. The wife appealed the District Court’s decision before the Punjab and Haryana High Court, claiming that the revelation of the disc, which was recorded without her consent, was plainly a breach of her privacy rights.

To bolster her position, Learned Counsel on behalf of the Petitioner (the wife) referenced various decisions, including People’s Union for Civil Liberties v. UOI, in which it was determined that telephone tapping would constitute an invasion of privacy since it is a part of a person’s private life. Conversations between husband and wife in daily routine cannot be declared a crucial element in resolving a case under Section 13 of the HMA, it was decided in Dr. Tripat Deep Singh v. Dr. (Smt.) Paviter Kaur.

Referring to the Supreme Court’s decision in the matter of People’s Union for Civil Liberties Vs. Union of India, the Bench held that the recording of a wife’s telephone conversation without her consent constitutes a clear and unmistakable invasion of her privacy. The Bench went on to say that since the Family Court is not bound by rigorous standards of evidence, it cannot be argued that it is free to admit the CD as evidence, which is a plain and obvious breach of the wife’s right to privacy.

When the matter was set for cross-examination, the husband filed an application on July 9, 2019, asking for permission to submit his supplementary affidavit as well as a CD and transcriptions of conversations that were recorded in the memory cards and chips of the two phones. The CD and transcriptions were also on the CD. This application was approved by the Family Court in a letter dated January 29, 2020. The letter said that the husband was allowed to show the CD of his conversations with his wife, but only if it was correct and that strict rules of evidence did not apply to the proceedings before the Family Court because of Sections 14 and 20 of the Family Court Act.

The Bench noted that the acceptance of the CD by the Family Court, which allegedly contained conversations between the husband and wife recorded surreptitiously without the consent or knowledge of the wife, and the granting of the husband’s application was both unjustified and allowed the petition filed by the wife. The Bench also directed the Family Court to take steps to expedite the disposition of the petition filed under Section 13, preferably within six months of the filing of the petition.

Jurisprudence on the subject matter

According to Section 14 of the Family Courts Act of 1984, any evidence may be presented before the Family Court in order for the Court to efficiently deal with the matter at hand. The purpose of these measures is to guarantee that the case is tried in a reasonable and fair manner. Section 14, on the other hand, is limited to the types of evidence. It is silent on the issue of permission for phone conversations to be recorded. As a result, if the particular legislation is silent on a subject, the general law, namely the Indian Evidence Act, must be consulted.

A married person cannot be forced to divulge or is not entitled to disclose communications made during the marriage, according to Section 122 of the Evidence Act of 1872. This clause ensures that spouses may depend on the trustworthiness of their marital connection, therefore serving the public good. However, there are a few exceptions to this rule: first, if the other spouse has agreed to the disclosure; second, if the spouses are involved in a legal dispute. Third, if one spouse is being prosecuted for committing a crime against the other spouse, the relationship’s harmony is deemed to have shattered in such circumstances.

The ‘privilege’ does not determine whether or not the evidence is admissible, but it is a crucial condition for it. The Supreme Court held in Deepti Kapur v. Kunal Julka that just though the evidence was obtained through violating someone’s privacy rights does not render the evidence inadmissible. However, the same will not be used as direct evidence of the reality; rather, it will be recorded in order to fully examine the situation. Thus, under Section 122, it must be determined first if a piece of evidence is privileged and, second, whether the evidence should be set aside or wholly excluded. It was established in Yusufalli Esmail Nagree v. The State of Maharashtra that if the tape-recording brought before the court of law has not been tampered with, it may be entered as evidence even if it was recorded without the agreement of the other party.

There have been various occasions in which Indian courts have given judgments that were influenced by case law that was previously in effect in other countries. The ruling on Triple Talaq, in which the Supreme Court relied on the decision of the United States Supreme Court in the case of Kovacs v. Cooper, is one of the most important recent examples. Again, the decisions of the United States Supreme Court in Furman v. Georgia and Proffitt v. Florida were cited in reaching the verdict on the death penalty. For the purpose of adopting and implementing the best practice, judges often conduct comparative research of various jurisdictions in order to arrive at a beneficial decision.

The United States v. McMillan case, which is the subject of the current problem, dealt with a similar situation in which a telephone conversation was covertly recorded and then used as evidence in a court of law. However, the Court confirmed that a telephone recording would be admissible as evidence in a Court of Law provided that it was not made unlawfully and that the person who recorded the call without the other person’s knowledge was a party to the discussion.

When Jones v. the University of Warwick was heard, it was determined that material put before the court as evidence had been unlawfully obtained by entering the claimant’s home without permission. The Court determined that since the tape was part of the evidence of both parties interested in the case and was an accurate portrayal of the conversation, it would be admitted in the court of appeals proceedings. In addition, since the defendant had unlawfully captured the film, he was punished as a result of this.

Article 21 of the Indian Constitution guarantees the basic right to privacy as part of the right to life. However, in civil society, no right can ever be absolute. As a result, the right to privacy should not be interpreted in a way that contradicts the concepts of justice and fairness. Even the International Conventions to which India is a signatory recognise the same concept; for example, Article 17 of the International Covenant on Civil and Political Rights, 1966, and Article 12 of the Universal Declaration of Human Rights, 1948, both prohibit only ‘arbitrary or unlawful’ interference in someone’s privacy.

Marriage is a sacred institution in which the partners’ confidentiality is respected. As a result, the events and discussions that take place in married homes are hidden from the public view, making it difficult to show the grounds for divorce owing to a lack of appropriate proof. As a result, it is only sensible to employ technology such as voice recordings to show truths that cannot be proven otherwise. For example, in the current instance, the husband utilised a recorded telephone conversation to prove his case of mental abuse. This is well within the scope of: first, Section 122 of the Evidence Act, which clarifies that communications between spouses would qualify as evidence if the spouses are against one another in a suit; second, Section 14 of the Family Courts Act, which also permits the production of evidence in any form; and third, the right to privacy under Article 21 of the Constitution, which is not an unfettered right, and thus maintaining confidentiality should not be to the exclusion of other rights.

However, some constraints should be imposed in order to avoid violating national and international privacy regulations. To begin, the individual who records the discussion without the other person’s awareness should be a party to the conversation. Second, such recordings must not be taken unlawfully, which means that any intrusion into someone’s privacy must not be arbitrary and unlawful. Third, the court must use the rule of fairness to determine whether such evidence should be set aside or fully dismissed. The Court must also guarantee that such evidence is not used as the only basis for determining the case. Finally, in order for a tape recording to be accepted, it must meet the three standards outlined in RM Malkani v. State of Maharashtra: a) relevance to the circumstances of the case; b) voice identification; and c) accuracy must be established to prove its validity.

Based on the above, it is clear that the Punjab and Haryana High Court in Neha v. Vibhor Garg took a narrow and limited view to the right to privacy and the evidentiary value of telephone recordings. As a result, reviewing or revisiting the case was critical in order to acquire a comprehensive knowledge of the situation.