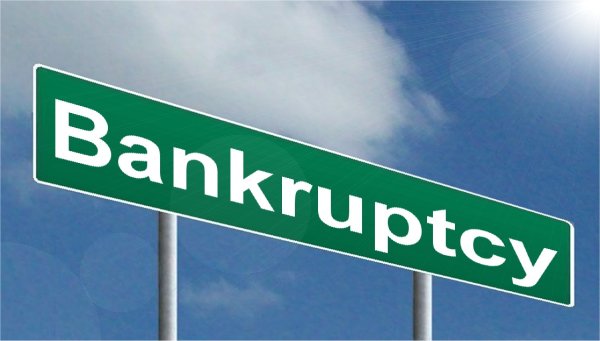 In this blogpost, Diksha Trivedi, Student, NIRMA University, writes about the new Bankruptcy Bill, 2015, its key features and the need for introducing the bill.

The Bankruptcy Laws Reforms Committee (“BLRC”) lead by Dr. T. K. Viswanathan recently submitted its final report (“Final Report”) to the Finance Ministry. Before this, in February 2015, an interim report was submitted by the committee. Interim report recommended certain amendments to the existing provision in the Companies Act, 2013 including various additional recommendation that later came up in the Final Report with suggestions on institutional framework, moratorium provisions, eligibility for applying for resolution, interim and final administration of companies during administration, liquidation, priorities, and were thereby added in Insolvency and Bankruptcy Bill, 2015. These amendments are likely to affect various acts particularly the SICA and the SARFAESI Act. The new bankruptcy code is made with an objective of creating an overreaching framework for sick companies to either wind up or revive such companies while dealing with creditors and investors in those companies.

The suggestion made by committee on comprehensive, self-contained bankruptcy code for India is a significant step towards clearing the clutter with which the bankruptcy and resolution laws in India are bulked with. Before this amendment in India, there was the absence of a comprehensive code for handling such business in India. The Sick Industrial Companies Act, 1985 (“SICA”) made spasmodically attempt for the revival of industries from sickness and also granted special rights to banks for  debt recovery through the Recovery of Debts Due to Banks or Financial Institutions Act, 1993. In the case of non-judicial recovery of assets and repayment of debentures, the Securitisation and Reconstruction of Financial Assets and Enforcement of Security Interest Act, 2002 (“SARFAESI Act”) was enacted. But notable part is, in the meantime, the basic system for the bankruptcy of companies corresponding to winding up provisions under the Companies Act, 1956 remained unchanged lastly over nearly six decades, and the provision for personal insolvency for nearly a century.

Certain new and certain old laws have made a picture of the unsolved puzzle. Though winding up of a company is a holistic remedy if such a company cannot be revived, the liquidation of the asset and equities need to be done on an equitable basis. Apparently, security interest enforcement by creditors is based on the principle of “might is right”. Obviously, a creditor is more interested with own dues rather than stake holder’s interest or other people who are attached to business and livelihood attached to it. Recommendations made by Viswanathan Committee on SICA, is taken from Chapter 11 of the US Bankruptcy Code, to revive the business if viable. The moratorium provision of SICA is in practice to prolong defaults without appealing any creditor’s action. Although revival of business is the key objective of SICA, it created a safe harbour for defaulters, thus creating a path for the SARFAESI Act. The SARFAESI Act, aiming to link itself to Article 9 of the Uniform Commercial Code (“UCC”) of US is entirely on creditor-driven enforcement of security interests. This amendment made to prevent defaulters from using SICA, as shield ward off creditors action, has become a complete contrast to the revival of sick industries because if assets are repossessed by lenders, then nothing is left in the core of industry to revive. The Arc business, in a broader sense is a by-product of the SARFASI Act and is a model plan to India. This is also based on the principle of might is right.

The legal framework on which governance or failure of big business is managed in India is informal, i.e., the Corporate Debt Restructuring (“CDR”), the Strategic Debt Restructuring (“SDR”) and the Joint Lenders Forum (“JLF). These are based on guidelines made by the Reserve Bank of India (“RBI). SARFAESI has the provision for setting defaulter and default right; for big business houses are chugged on by CDR arrangements, and allowing bankers to convert the loan into equity.  As the sporadic and uncoordinated forays of law continued to act, committees were recommending for making bankruptcy laws in India. The Tiwari Committee’s report was one through which SICA has been drafted, and Viswanathan committee brought changes to the application of the provision in SICA.

In 1999, the Government established V B Eradi Committee which disclosed some startling fact on the bankruptcy of business such as, the average time taken in winding up is 11 years for pan-India and in the Eastern Region, it is approximately 25 years to resolve bankruptcy of Company. The idea of the National Company Law Tribunal (“NCLT”) was one of the recommendations of the Eradi Committee. Accordingly, the Companies Act was amended by the Parliament in 2002 shifting winding up to NCLT, but has not been enforced and lived in an incubator for 13 years, and now BLRC recommendation acceptance replaced recommendation of 2002. In 2001, the N L Mitra Committee report suggested a comprehensive bankruptcy code which was not considered until  Companies Act, 2013 was enacted which is based on the recommendation of J J Irani Committee, which adopted recommendation of the Mitra Committee suggested “inability to pay” or “failure to pay” as a way to tackle  insolvency of business. Of course, new insolvency provision is not so much in practise and the NCLT is yet to be constituted.

The bill provides for 90 days limit to complete the resolution process as opposed to 180 days period provided earlier. The bill recommended the fast track for a particular class of corporate debtors, based on certain asset holding or income to a certain level as may be decided by the Central Government. However, the Central Government is making it for small companies as well.

If the dissolution of defaulting companies would have been focused, then it would have been injustice on the part of the voluntary dissolution of the healthy companies which usually takes a longer time then defaulted company while winding up. Surprisingly, this bill is for winding up time for any incorporating company rather than the process of winding up of the companies. Any healthy company may by special resolution be able to be declared insolvent. But such a resolution must be supported by  2/3rd of the total creditors.

Timeline completion of the liquidation process is the highlighting feature of the bill. If NCLT fails to comply with the timeline then the reason has to be recorded in writing by the superior of NCLT. This timeline rule is provided in Clause 64 of the act. The NCLT is made to deal with the case of companies and limited liabilities partnership.

The Insolvency and Bankruptcy Bill, 2015, made for Institutional creditors like banks requires private trustees to administer bankruptcies. The main motive behind this bankruptcy code is to devise a special class of insolvency professional for assisting institutional creditors in the bankruptcy process. Bankruptcy information utilities will collate, attest and disperse financial information collected from creditors of financial and listed companies. A central database will be created to provide information about the insolvency status of the companies. The bankruptcy code of US has played a key role in creating a face of new bankruptcy code of India which was awaited for so long in the corporate world. This code is expected to assure better utilization of public economical resources as in past the cost for dissolving debt between companies, and creditors have been on the shoulder of the state.