This article is written by Saswata Tewari from the University of Petroleum and Energy Studies, Dehradun. This article talks about the relationship of public opinion with the legislation in a well established democratic country.

As Abraham Lincoln had said “government is of the people, by the people and for the people”, one must wonder what he exactly means?

Be it any government in the world, the decisions taken by government officials are always for the betterment of their people. But how does the government know what is good for the citizens? That’s where public opinion comes in. These are the opinions held by the general public for the common welfare of the nation.

The intertwining of the legislature with public opinion

There has always been a close relationship between the law and public opinion. The laws in a democracy are deeply ingrained in public opinion. In a democracy, the most influential source of law is the legislature, which is the body of people’s representatives which represents the will of the people. Now the general public may not make the laws for the nation but they surely have elected their representative officials to the legislature and it is the responsibility of these representatives to see that they shall not go against the will of the public who have elected them.

When these electors, or the general public, want specific laws replaced or changed, their elected representatives do what is necessary to carry out their wishes. In this way, it is quite transparent to see that the law and public opinion are inextricably linked as laws reflect the people’s will. It is the public opinion that determines the laws that have to be enacted.

Now, if the general public does not accept a statute, it becomes ineffective and very difficult to enforce. For example the recent conflict between the government and the farmers because of the three farm laws which were passed in September 2020. These laws are not getting supported by the general public opinion. Not only this, in 1962, the Indian government had enacted two laws: the Compulsory Deposit Scheme Act, 1963, and the Gold Control Rules. These laws were not well received by the general public, and as a result, people staged protests against them, forcing the Indian government to change them. It is the right of the people to hold nonviolent protests against laws that they believe are unfit for the public good.

Finally, it is self-evident to say that legislative powers are essentially vested in the people, and that the public’s general opinion must find its way into lawmaking, and that this opinion should be expressed through appropriate constitutional organs.

Now before we dive into the heart of our topic, we ought to know how influential legislature is as a source of law. The author did a case study on the legislations of the ‘United States of America’ and ‘The United Kingdom’ to show what legislation is in democratic countries with a well-developed judiciary.

In the United States of America (“U.S”), the topic of legislation is complicated by the federal nature of the country. Every state has the authority to make laws within its boundaries. The national government also has the power guaranteed by the constitution to pass legislation that shall be implemented throughout the nation. As a result, there might be occasions when a state and the federal government have disagreements. But these disagreements are resolved by the courts. The Constitution, treaties and laws of the U.S are the supreme laws of the nation and state laws passed in violation of them are enforceable. The United States Supreme Court has the authority to review state laws to determine if it conflicts with the United States Constitution or with legislation passed by Congress. The Supreme Court of the U.S is the ultimate arbiter in cases involving federal legislation and state laws that clash with federal authority. The rules of state constitutions must also be followed by state legislation. The state courts have the final say on whether or not such enforcement is required. The courts have the authority to decide not only whether or not legislation is lawful, but also what it entails and how it fits into the whole legal system.

Law in the United States, as in all countries that share the Anglo-American legal tradition, is primarily based on judicial precedents developed in previous cases. The set of precedents is known as the common law. Common-law laws are sometimes changed by state legislation. The courts frequently have the power to limit or expand the scope of such legislation by interpreting it. Therefore, the courts can be considered a part of the legislative process. Another issue involves the relationship between courts and legislation. This refers to the degree to which courts can take statute law into account when making decisions.

The legislation in the United Kingdom is divided into two parts:

This includes the primary laws enforced by the legislative bodies of the United Kingdom that are the UK Parliament, Scottish Parliament, Welsh Parliament and Northern Ireland Assembly. This also encompasses the Acts implemented by historical parliament, other main legislations for Northern Ireland and Church of England Measures which is the legislation made for the church in England implemented by the General Synod of the Church of England. These legislations are often referred to as statutes and the word ‘the statute book’ implies all the statute law currently implemented in the UK.

Primary legislation also includes the Prerogative Orders which are the legislative instruments established by the Crown and the Privy Council. Prerogative order can be either known as:

It is important to know that all such orders can also be made under the powers granted by the statutory instruments. For instance, the orders in council containing legislation for Scotland.

Now, secondary legislation can be divided into :

The Archbishops of Canterbury and York make church instruments under the jurisdiction of Church Measures. They are almost exclusively used to put Church Measures into effect and are often referred to as ‘Archbishops Instruments’ in annotations to the revised legislation.

Different types of instruments serve different purposes, but they all have the same legal effect. The equivalent instruments were known as ‘Statutory Rules and Orders’ before 1948 when the Statutory Instruments Act, 1946 came into effect.

Transformations of public opinions into law

While not everyone agrees that public opinion has an impact on the rule, some examples prove otherwise. Such an example is the passings of laws prohibiting partial-birth abortions in the United States of America, where the opinion of the general public prompted the lawmakers in doing the needful. The author has further discussed the full scenario of how public opinion shaped the necessary laws regarding partial-birth abortion and impacted the legislative behaviour regarding the issue.

The issue of partial-birth abortion laws

Since the 1900s, the United States of America saw an uprise in anti-abortion laws in most of its states especially about the legislation banning birth abortions. It became a salient subject due to the extensive media coverage and awareness about the topic that religious organizations devoted to it. Debates were held by Congress regarding the partial-birth abortion ban and later on the ban was passed which was vetoed afterwards. The whole attention that the partial-birth abortion had got resulted in the forming of decisive opinions by the American citizens which made the issue more salient in the 1990s.

Now controversial issues are more likely to make the legislators listen to the public opinions when legislative voting takes place on those issues. Now on the issue of partial-birth abortion, the public of America will take distinct sides as the problem is so evident, controversial and polarizing. If on the other hand, the issue was not that controversial then there would be less likely for the Americans to have distinct opinions on the issue which would have resulted in the situation where the legislators would have been confused on how to vote on the subject and would have used other things instead of the opinion of the public when voting on partial-birth abortion. Since the issue of partial-birth abortion has the power to divide the American public along religious and moral lines, politicians are likely to listen to their constituents and vote following their wishes. If their electorate is largely made up of either staunch supporters or opponents of a bill, legislators are more likely to vote according to constituency preferences.

Finally ruling of the case of Roe v. Wade (1973), demonstrates that public opinion has frequently affected how legislators vote on abortion legislation. Since the partial-birth abortion question is similar to the Roe vs. Wade decision, public opinion should factor into how politicians vote during the debate.

When developing policies for a nation, the government must understand the public’s sentiments. When the public’s views are used to create the laws of the country, the people feel valued because their government is listening to their concerns. For instance, Franklin D Roosevelt’s reluctance to join the anti-German war effort was inevitably determined by the bombing of Pearl Harbour in the middle of the Great Depression in the United States.

Even though many have suggested that religious views and personal ideological preferences of the legislators are more relevant than popular opinion, legislators still listen to the public’s preferences when making laws. A consequence of ignoring public opinion is the long memory of the public which can keep the legislators accountable for their actions long after they have left their office. 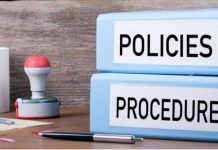 Role of the legislature, executive and judiciary in policy formulation