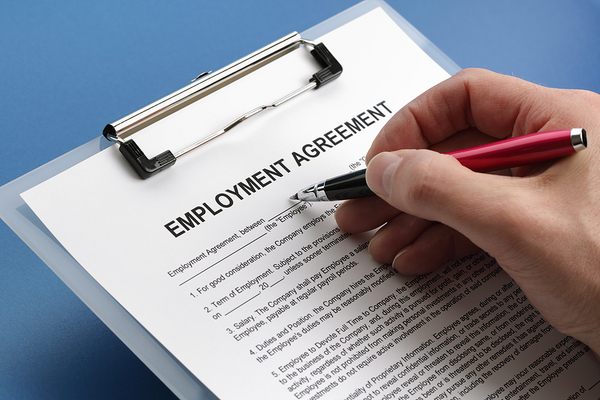 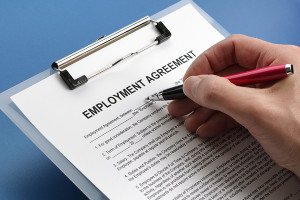 This article was written by Tanay Khanna, a student of NLUO, Cuttack.

With the advent growth in trans-border commerce and an increased competitive atmosphere in India, non-compete, confidentiality and non-solicitation agreements are the latest trends, especially in the technology and the IT sectors. A growing number of outsourcing and IT companies are including confidentiality, non-compete, and non-solicitation clauses in agreements with their employees, with the years of restriction ranging from a few months to several years after the employment relationship are ceased. Now to understand this scenario let us take an example:

After working for 4 long years in an IT company, an employee who has mastered the art of developing a particular kind of software, which he acquired during the course of his employment, is willing to start his own entrepreneurial venture; but he is forbidden to do so by a specific clause in his employment agreement which is generally called as non-compete clause or covenant not to compete.

To comprehend the above illustration and analyse the validity of such a clause, firstly we need to understand non-compete clause. A non-compete clause is incorporated in an agreement which refrains the employee to compete or pursue similar line of profession, trade or business against its employer for a given period of time and within the prescribed geographical limits. Now the question arises that why would an employer offer an agreement with such a clause and why would an employee enter into this kind of agreement.

The answer to the second question is the better position of the employer over the employee to negotiate the terms of the agreement. Actually, now-a-days in this cut-throat competition it has become effortless for the employer to make their employee sign these agreements. These contracts are generally signed when the employee is hired or at the time of pay raise; now at these instances leaving the job and its further consequences is rather seem too much far-sighted by the employee. Moreover, this new trend of non-compete clause can cause an inadvertent damping effect on entrepreneurship, by refraining people from leaving their jobs to launch their own businesses, or hire workforce when they do.

However, if we take employers’ stance who are requiring their new workers to sign “non-compete” agreements, which in their point of view help them to prevent employees from taking trade secrets, commercial relationships or customer data to the rival firms when employees cease their service.

Interestingly, the validity of non-compete clauses may differ from country to country. In this area of contract law the Indian law has taken a departure from the English law from where we take most of our ‘inspiration’. Indian law is rigid and stringent in this matter as it is governed by Section 27 of the Indian Contract Act, 1872 whereas English law is flexible and is governed by the judicial pronouncements or precedents. Centuries ago English lawwas as stringent as the current Indian law, but it has steadily evolved to adjust itself to the myriad trends of the current economy. The restraint of trade in England is divided into two types: general restraint and partial restraint. Now according to the English law, general restraint is completely void and partial restrain is permissible as long as it is reasonable. And, this ‘reasonableness’ is on the discretion of the English judges and differs from case to case.

In India the law of restraint of trade has passed through a number of judicial pronouncements. The concerned section which governs the law in India reads as follows: ‘Every agreement by which any one is restrained from exercising a lawful profession, trade or business of any kind, is to that extent void.’ If we go with the literal interpretation of the section then it is clear that in India restraint, whatsoever partial or total, in trade is void to that extent. Moreover, the phrase ‘to that extent void’ implies that only the non-compete clause in the agreement will be rendered void not the whole agreement. The only exception, from the world of countless transactions, mentioned in the statute is in respect to the sale and purchase of the goodwill of the business and it is very natural that in an employment agreement there is no place of such exception.

In Superintendence Company of India v. Krishan Murghai, the apex court in India held that any such covenant which restrains the employee to work in the future after the termination of his service is completely void. In this case the court referred to Madhub Chunder v. Rajcoomar Doss where it had been held that whether the restraint was partial or general, qualified or unqualified, if it was in order to impose a restraint of trade, it was void. The Supreme Court also held that the employee cannot be restrained from using the skills and knowledge acquired during the course of his previous employment and the equity principle in English law cannot be applied in India because of the presence of Section 27. The Gujrat High Court reiterated the same principle in Sandhya Organic Chemicals Pvt. Limited v. United Phosphorus. In this case the Court held that a contract with an object to impose restraint of trade is primae facie void.

In an another leading case, Percept D’ Mark (India) Pvt Ltd v. Zaheer Khan the Supreme Court reiterated the same aforementioned principles and held the clause 31(b) of the agreement void under Section 27. The apex court in this case went a step forward and held that Section 27 or the doctrine of ‘restrict of trade’ is not only attracted by contracts of employment only but can also be applied to all other contracts in reference to the after contractual relationship is ended.

In a 2009 case, Dessicant Rotors International Pvt. Ltd. v. Bappaditya Sarkar, the manager entered into the agreement which clearly mentioned that the he is dealing with the confidential information of the company and thus he is incompetent to work against the company for two years after the termination of his service. When this agreement was challenged in the Delhi High Court, the court struck down all the arguments of the appellants that the negative covenant was in the interest of the company and to protect its trade secrets from its competitors it was ruled that between the employer’s right to protect its confidential information from its competitors and a person’s right to earn his livelihood, the latter will any time prevail over the former.

Departure from the general rule

But in a particular case, Nilanjan Golokari v. The Century Spinning And Mfg, the intransigent Indian Courts have responded affirmatively towards these types of negative covenants and has departed from the general law on the restraint of trade. In this case the Hon’ble Court ruled that these non-compete clauses cannot be considered as restraint of trade against the employee, if they are operating during the course of employment. As a matter of fact it is logical that the employer has an exclusive right of the services of his employees during the course of employment. At the same time the choice would seem radical to the aggregate awareness of the representatives as the restrictions on the worker was implemented by the Supreme Court considerably after the employee had ended his agreement with the business on the premise that since termination had happened within the concurred 5 year term of employment, the restriction on the employee would keep on operating till the end of 5 years..

The foundation of the Court’s verdict was that the restriction imposed on the employee that he cannot compete with his former employee or cannot work for his competitors cannot be regarded as a restraint of trade due to the trepidation of the employer that his trade secrets and confidential information conferred to and procured by the employee throughout the time of employment can be disclosed. While basing its judgment, it is securely assumed that the Court had given satisfactory attention to the way that the employee can harm the employer’s business and had mala fide propositions of disclosing the information picked up from his work, to the competitors of the employer.

However, the reasoning of the Court in this case has to be read in the light of the facts and not in isolation. Thus, this case doesn’t create a general rule rather it is an exception to it.

The current law on this issue in India is clear and the courts by the means of various judicial pronouncements have upheld that ‘non-compete’ clauses which operate after the termination of the service of the employee are not enforceable in India. It is stated unambiguously in Section 27 of the Indian Contract Act, 1872 that agreements in restraint of trade are void to that extent. In order to maintain the confidentiality of their trade secrets, an employer cannot be permitted to disseminate forced employment, as it is prohibited by Section 27. Even if these types of clauses are valid in other countries but this cannot affect the Indian law as long as the law in India is unambiguous.

Another approach towards this issue can be that Article 21 of the Constitution of India ensures the right to livelihood; therefore an employer cannot restrict his employee not to earn his living. But contrary to this Article 21 also guarantees Right to privacy and to secure confidential information. So in this case the rights of both employer and employee are clashing. But as if now the Indian law is concerned it upholds that the right of the latter will prevail that of the former.

In the end I would like to conclude that despite of fact and all the advancements in law and verdicts given by judiciaries worldwide, Section 27 of the Indian Contract Act still continues to be the same text as it was in 1872 when the economic conditions and transactions were way apart from today’s scenario. Even the recommendations of the Law Commission that restraints, whether partial or total, must not be considered as void per se but should be adjudged on the basis of the test of “reasonableness”, have not made a fissure in the shell of Section 27 and the law remained to be rigid and stringent.