This article is written by Devangini Rai, pursuing a Certificate Course in Advanced Commercial Contract Drafting, Negotiation & Dispute Resolution from LawSikho.com. Here she discusses the Enforceability of Non-Compete Clauses in India. 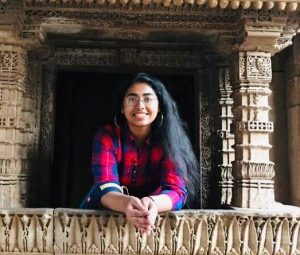 Non-Compete Clause is one of the significant clauses in any commercial contract. The doctrine of restraint of trade is the embodiment of a non-compete clause. It means that if one person has signed a non-compete with his/her employer then he/she is prohibited from being involved with any other similar player in the market who is a potential competitor to the employer. This prohibition is usually during and post-termination of employment.  A non-compete has a limited prohibition and does not have an absolute bar on the involvement of the employee with a third party. For example, In a co-founder’s agreement or an Expert Advisor agreement, a non-compete clause may be inserted which prohibits the co-founder/expert advisor to be engaged with a potential competitor or a third party involved in a similar business.

A non-compete clause is seen with caution because it highlights an unequal bargaining power between the employer and employee. However, it is essentially done to conserve the resources which a company or entity owns in exchange for a remuneration being paid to the employer. It is also done for confidentiality purposes to protect all the intellectual property or any such confidential information which might get leaked to a third party. Thus, if it is within its limits, a non-compete clause is considered to be valid owing to commercial interests.

A non-compete clause is part of a negative or restrictive covenant and comes with certain qualifications, including a specific time period or a geographic location. Usually, post-termination, an employer is prohibited to be involved with a third party who is a competitor for a specific period of time and in the place where the employer’s headquarters are situated. An absolute non-compete clause will be a restraint of trade and will be void under the law.

In the age of Laissez-Faire, non-compete clauses are seen to have been accepted which is a shift from the traditional hard-ball approach towards the clauses which restrain trade. Non-competes are particularly used in sectors of information technology and media where susceptibility of leakage of important intellectual property is extremely high.

A non-compete is, in essence, a qualified clause of restraint of trade. One of the earliest cases where ‘restraint of trade’ was discussed was Nordenfelt v Maxim Nordenfelt Guns and Ammunition Co Ltd[1], where the plaintiff sold his business of producing ammunition to the defendant and was signed a non-compete clause of not producing the goods which the defendant company and would not compete with the defendant for a period of 25 years. The case discussed the case of Mitchell v. Reynolds[2]where it was observed that a general restraint has to be distinguished from a specific one. It was held that “covenant entered into in connection with the sale of the goodwill of a business must be valid where the full benefit of the purchase cannot be otherwise secured to the purchaser”[3]. Thus, the tenets under English Law of whether a non-compete clause is legally enforceable or not involves the following.

“Every agreement by which anyone is restrained from exercising a lawful profession, trade or business of any kind, is to that extent void”.

This section comes with an exception which is what all non-compete clauses have to be legally enforceable. As per the exception

“One who sells the goodwill of a business may agree with the buyer to refrain from carrying on a similar business, within specified local limits, so long as the buyer, or any person deriving title to the goodwill from him, carries on a like business therein: Provided such limits appear to the Court  reasoned, regard being had to the nature of the business.”

The said provision was lifted from Hon. David D. Field’s Draft Code for New York which was based upon the old English doctrine of restraint of trade, as prevailing in ancient times[4]. While construing the provisions of Section 27 the High Courts in India have held that neither the test of reasonableness nor the principle that the restraint being partial or reasonable is applicable to a case governed by Section 27 of the Contract Act unless it falls within the exception.[5]

The courts have always been wary of upholding such restrictions and have kept the interpretation of this provision flexible to ensure that the principles of justice, morality and fairness are aptly applied, depending upon the facts and circumstances of each case.[6] Unlike English law, where the concept of partial restraint and total restraint is used, Indian law only evaluates the restraint on trade on the basis of reasonability.

It is a generally accepted principle in commercial relationships that an employee is supposed to be dedicated and committed to the employer only. The courts have been cautious of a non-compete and evaluated its enforceability in cases when the non-compete extends post-termination.

In Percept D’Mark (India) Pvt. Ltd. v. Zaheer Khan & Anr, the apex court held that “… a restrictive covenant extending beyond the term of the contract is void and not enforceable…the doctrine of restraint of trade does not apply during the continuance of the contract of employment and it applies only when the contract comes to end.”[7]

The case of Gujarat Bottling Co. Ltd. v. Coca Cola Co. is considered a landmark case where a contract between the plaintiff and the defendant was not considered to be a contract in restraint of trade since it was a commercial agreement whereunder both the parties had undertaken obligations for promoting the trade in beverages for their mutual benefit.[8] The purpose of the impugned clause was to promote the trade and the negative stipulation under challenge sought to achieve the said purpose.[9]

In another landmark case of Niranjan Shankar Golikari v. Century Spg. and Mfg. Co. Ltd. it was observed that courts in England have created a distinction between restraints applicable during the term of the contract of employment and those that apply after its cessation[10]. In contracts where the contract of service was terminable only by notice by the employer, it has been held to be one-sided where non-compete will also be a stringent clause.[11] In cases where the contract is not assailable on any such ground, a non-compete clause requiring the commitment of the employee will generally be enforceable.[12]

In the case of FL Smidth Pvt. Ltd. v. Secan Invescast (India) Pvt. Ltd., some reasonable restrictions which can be placed to make a non-compete clause enforceable include[13]

Thus a brief analysis of the cases reveals that a non-compete clause is generally held to be enforceable since it upholds the commercial interest of the employer.

A non-compete clause is also validated by the corresponding constitutional provision under Article 19(1) (g) which confers on every citizen the fundamental right to carry any trade. But fundamental rights under Article 19 are also accompanied by reasonable restrictions which justifies the legality of a non-compete clause. A conclusion on non-compete inevitably brings in the concept of garden leave where an employee is restricted from joining any other similar trade and at the same time not allowed to come at his/her workplace by paying him/her the necessary remuneration post-termination. The concept of garden leave is considered to be prima facie violative of Section 27[14] of the Contract Act.

Thus non-compete clauses have been a matter of dispute in a significant number of cases. However, the jurisprudence on the same is quite straight forward. A non-compete is perfectly valid during employment and void post-employment unless it comes with certain reasonable restrictions. A non-compete in the age of rapid globalization and industrialization proves to be an essential power which employees should have. A lot of resources go in training the employees which can all go down the drain if the knowledge is being used by a third party at the expense of the employer. Therefore, in a highly commercialized world, the importance of a non-compete clause cannot be overemphasized.

Students of LawSikho courses regularly produce writing assignments and work on practical exercises as a part of their coursework and develop themselves in real-life practical skill.