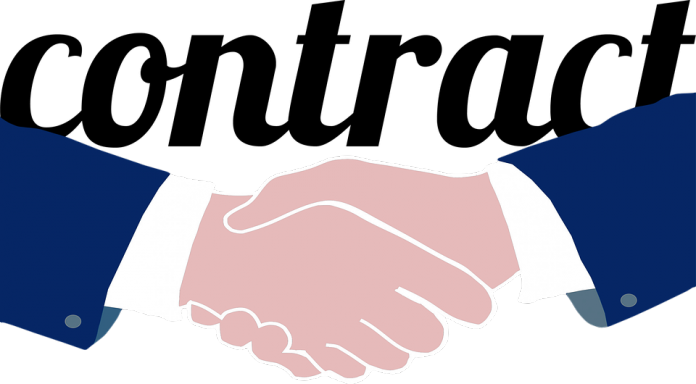 One of the standard clauses in employment agreements are non disclosure clauses, where the employee undertakes that she will not disclose confidential information to a third party unless mandated under any law in force. The question which comes up during the enforcement of such clauses is when the general knowledge of the employee ends and the confidentiality of the employee begins.

In India, Section 27 of the Contract Act, 1872 states that “Every agreement by which anyone is restrained from exercising a lawful profession or trade or business of any kind, is to that extent void.” The said provision is invoked by employees to argue that non-compete clauses including non-disclosure agreements act as a restraint of trade. Recently the Delhi High Court in the case of Stellar Information Technology Private Ltd. v. Rakesh Kumar and Ors. 234 (2016) DLT 114 held that “Once it is held that in the guise of a confidentiality clause, the plaintiff is attempting to enforce a covenant in restraint of trade, the same must be held to be void.” In the said case, the non-disclosure clause restricted the employee from carrying a competing business after the employment ceases, unless the employee can prove that he has carried on the business activity without using any confidential information as defined in the contract. The court observed that the information claimed as confidential by the plaintiff is in public domain, the employee can only be injuncted from using the proprietary information of the employer otherwise the impugned covenant will be a restraint of trade. In this case, the impugned information was a database of names of customers.

The Supreme Court discussed the distinction between special information and general information in the case of Nilanjan Golokari v. The Century Spinning and Mfg.  AIR 1967 SC 1098. Century Spinning Company entered into a non-disclosure agreement with their employees. Clause 9 of the employment contract for a period of five years read as follows; “Employer shall have the right to restrain an employee from divulging any and all information, instruments, documents, reports etc. which may come to his knowledge while in service of the company.” After receiving training for nine months, the employee left to join a rival company and a dispute arose before the court. The employee contended the clause was too wide since it was not limited to trade secrets but also included any information which came to his knowledge. The Supreme Court observed that the “information regarding the special processes and the special machinery imparted to and acquired by the appellant during the period of training” is different from the “from the general knowledge and experience that he might have gained while in the service of the respondent company”. The court opined that restrictive covenants limited as to time, nature of employment and area to protect the interests of an employer cannot be held to be a restraint on trade. The court clarified that a non-compete clause operating during the period of contract will not constitute a restraint on trade, unlike a clause which is to operate post the termination of the contract. It would have been difficult to seek an injunction for restricting the employee to use his knowledge regarding the “special processes and the special machinery” once the contract was terminated in view of Section 27 of the Contract Act, 1872.

It seems that information which can be conferred with protection post the termination of the contract is limited to proprietary information of the employer. In essence, the employer can only seek protection in case of a copyright infringement, since the courts are varied of enforcing non-compete clauses like non-disclosure agreements once the contract has been terminated. In the case of Diljeet Titus v. Mr. Alfred A. Adebare and Ors. 2006 (32) PTC 609 (Del), the defendant used to be an advocate at plaintiff’s law firm. Pursuant to the termination of employment, the defendant was alleged to have taken away important confidential data including client lists and proprietary drafts belonging to the plaintiff. It was contended by the defendant that “the creation was independent and the same was so created by advising and counseling the clients” during the employment. While, the plaintiff firm argued that, “under his guidance, direction, supervision and control defendants and other associates using the plaintiff’s knowledge, skill, experience, resources and investment, developed and created various extremely confidential, crucial and vital electronic records, documents, data and information utilizing the computer system at the office of the plaintiff”. The Delhi High Court gave a judgement in favour of the plaintiff firm holding that the defendants are free to carry on their profession, utilize the skills and information they have mentally retained and they are being restrained only from using the copied material of the plaintiff in which the plaintiff alone has a right…..The defendants having worked with the plaintiff cannot utilize the agreements, due diligence reports, list of clients and all such material which has come to their knowledge or has been developed during their relationship with the plaintiff and which is per se confidential. The relationship between parties was a contract of service. The precedent indicates that the material developed by the employee during the employment period may become a part of the employer’s confidential knowledge as the copyright of the material vests with the employer. The general knowledge of the employee gained during the employment is limited to material retained in memory.

The Delhi High Court in the case of American Express Bank Ltd. v. Ms. Priya Puri 2006 (110) FLR1061 made similar observation indicating that the employer can only claim a copy right infringement against the employee. The court stated that, “Copyright can be claimed only in derivative work. A derivative work consists of a contribution of original material to a pre-existing work so as to recast, transform or adapt the pre-existing work”. The court further observed that the plaintiff had failed to rely on any Indian decision where injunction was granted against the employee once the employment has been terminated, on the ground that he has confidential information and should be restricted from carrying on a trade or business which may involve using such information.

It appears that non-disclosure agreements in employment contracts can be successfully enforced during the period of contract. However, it will be difficult to enforce such a restrictive covenant once the employment contract has terminated, unless the employer can raise a claim of some intellectual property right violation like a copyright infringement. The employee is free to use the material where the employer cannot claim a copyright, in any case, the employee can utilize such material if retained in memory. This may put the employer at a disadvantage when there is a reasonable necessity to protect its legitimate business interests. The English Court of Appeal in Lansing Linde Ltd v Kerr [1991] 1 All E.R. 418, has observed that “It must be possible to identify information used in the relevant business, the use and dissemination of which is likely to harm the employer, and establish that the employer has limited dissemination and not, for example, encouraged or permitted its widespread publication.” Taking a cue from the English position, the Indian courts should develop a more nuanced interpretation of Section 27 of the Contract Act, 1872, balancing the interests of both the employer and employee.