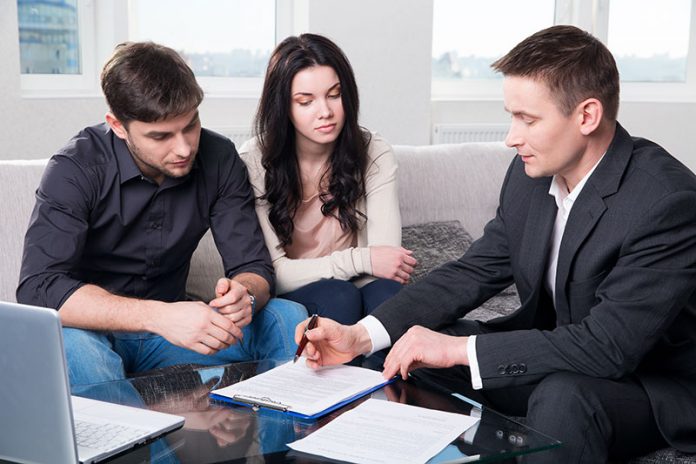 In this article, Akanksha Mathur of National Law University, Delhi discusses how one can get a divorce even with limited financial resources.

Divorce can be a very expensive affair. It requires money to be paid at every step and takes years to get resolved. Moreover, in Indian society, it is often the women in a marriage who are often left without economic support when all economic resources are withdrawn during divorce proceedings.

Since the very procedure of divorce is extremely expensive, it is crucial to understand it in order to have a knowledge of where the money is going and how to save on it.

A divorce is the legal termination of a marriage by a court or any other competent body. It is a dissolution of marriage through a legal action before the death of either of the spouses.

The laws for divorce in India are invariably linked to religion.

Divorces proceeding are of two kinds-

For a divorce through mutual consent, both the husband and wife must agree to a divorce. It is a much better alternative as it is relatively inexpensive and not as traumatic as a contested divorce. For a petition for divorce by mutual consent to be accepted, the couple have to-

A divorce by mutual consent takes around 6 to 18 months.

Contested divorce proceedings can go on for a period of 18 to 24 months.

How Much Does It Cost to Get a Divorce?

The cost of filing a petition for divorce by mutual consent is Rs. 250/-, with the main cost being advocate fees. The advocate fees vary greatly, and a mutual consent divorce can end up costing from Rs. 5000 to Rs. 50,000 based on the complications of the case and the lawyer’s experience.

A comprehensive list of the various factors affecting a lawyer’s fees can be found here.

While the fee for filing a divorce petition is Rs. 250/-, the main cost for a contested divorce is the fee of the advocate. Since contested divorce often involves quite complicated issues, it takes a long time, usually a number of years to get resolved. An experienced lawyer can charge anywhere between Rs. 3000-Rs. 7000 for a single appearance.

What to Do If You Do Not Have Money to Contest a Divorce Case?

In the Indian context, women are often left with little to no economic support on the withdrawal of household finances when divorce proceedings are initiated. In such cases, the first crucial step that must be taken is to start setting aside money whenever the decision to obtain a divorce is arrived at.

The following options can allow a person to obtain a divorce with little to no money.

Under Section 12 of the Legal Services Authorities Act, 1987, the following people are eligible for legal aid-

If a person does not have sufficient means other than property exempted from attachment in the execution of a degree to enable him to pay the prescribed fees, he can fill an application along with the suit for permission to file the suit as an indigent person. It is also known as a pauper application, and exempts payment of even the court fee. The state government can also provide free legal services to an indigent person.

Another wise option to save on expenses during divorce proceedings is to opt for mediation. Mediation is an alternative method of resolving disputes which allows for the resolution of the underlying issues behind divorce in a manner that takes less time, less money and gives the parties more control over their divorce proceedings with the assistance of a neutral third party.

If an application for maintenance is filed in Court during the divorce proceedings, the Court would first decide on the application in order to ensure the financial security of the spouse while the proceedings continue.

Both the Hindu Marriage Act and the Indian Divorce Act provide for maintenance/alimony pendente lite. Under Section 24 of the HMA and Section 36 of the IDA, a spouse can apply for maintenance during the pendency of the divorce proceedings. On the application of the husband/wife, the court can order the respondent to pay the petitioner for the proceedings, along with a monthly sum that the court deems reasonable. This application is disposed of within 60 days of serving notice and ensures income to the parties during the divorce proceedings.

Is a lawyer needed for a divorce?

Divorce proceedings in India are carried out in accordance with the Family Courts Act, 1984, the Code of Civil Procedure or the Rules framed by the relevant High Court. None of these requires or mandates a lawyer to be engaged in the divorce proceedings. Since the cost of filing petitions for divorce in the courts is generally less, a good option for someone with limited means is to seek a divorce through mutual consent without engaging a lawyer.

However, a lawyer may also prove to be beneficial if certain complications arise during the divorce proceedings.

Moreover, since a divorce without mutual consent is a long drawn-out legal battle requiring allegations to be proved through evidence and documents, it is highly advisable to engage a competent lawyer.

It is advisable for a person to fight their own divorce case?

It is an undisputed fact that a divorce is both, mentally and emotionally taxing. In such a situation, the only thing one wants to do is have someone else handle the brunt of it.

However, there is not any aspect of a divorce that a person cannot handle on their own. When going for a divorce by mutual consent, parties can completely avoid the legal system by going for a Marital Settlement Agreement (MSA), which even goes on to be attached to the judgement of the court. Parties can negotiate an MSA on their own. It also gives them control over the terms and conditions of their divorce.

It, however, is advisable to refer to a lawyer for advice, without retaining one.

A guide for going through the divorce proceedings without retaining a lawyer can be found here.