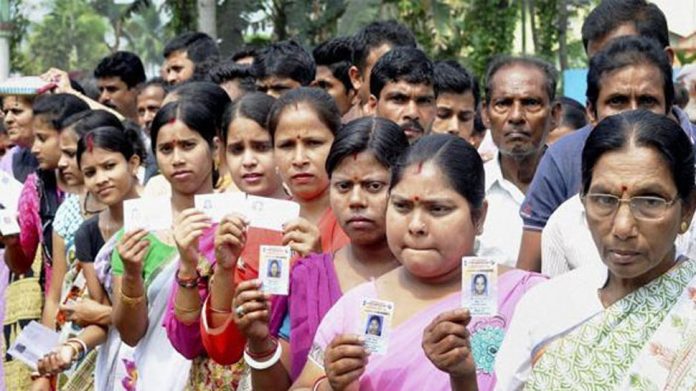 In this article, Pearl Chinir of NLU-O discusses the implications of National Register of Citizens of India.

National Register of Citizens (NRC) is a register which contains the names of all the citizens of India in Assam which was prepared after the Census was conducted in 1951 and contains the names of people mentioned in that Census of 1951. According to the directions given by the Government of India in 1951, these records were kept by the Deputy Commissioners and Sub Divisional Officers, which later on, in the early 1960s, were transferred to the Police.

In the mid 19th century during the British reign, many outsiders settled in India during Colonial Assam for the rich forest of the region, where the growth of tea leaves was best suited. Because of its rich soil, Assam was very precious to the British in comparison to other states. In the late 19th century, they started migrating lakhs of Adivasis from Chotanagpur region when there wasn’t even a good transportation method. The British played their game well as they defeated the rebellious tribes and used those people as their laborers for as plantation workers. These Adivasis were also often attacked by the Bodos in Bodoland region of the state but they cannot leave as plantation work is their only source of livelihood and returning to their homes in Chotanagpur is not an option as there is nothing left there for them.

Gradually, the economic activities in North East region shrunk due to the creation of East Pakistan and the region of North East became landlocked as the ports of Dhaka and Chittagong became a part of the new country. However, the inflow of migrants could not be kept in check in our country.

In accordance of the provisions of the Assam Accord, it created new citizenship criteria applicable exclusively for the State of Assam. In accordance with this, an amendment was passed in 1987, which added Section 6A to the Citizenship Act, 1955, which states that

According to Clause 5.8 of the Assam Accord, “Foreigners who came to Assam on or after March 25, 1971, shall continue to be detected, deleted and expelled in accordance with law. Immediate and practical steps shall be taken to expel such foreigners.”

Just like the Assam Accord, the NRC updating process is being carried out in a three-stage administration that is Detect, Delete and Expel.

Following the tripartite meeting between the Centre, Assam Government and All Assam Students’ Union, it was decided that NRC should be updated as it was highly demanded since decades. The matter got even tedious, when in 2009,  Assam Public Works (NGO), filed a writ petition to delete all illegal migrants’ names from voter lists in Assam as they cannot be considered as an Indian Citizen in the first place for such a constitutional right. Because of this, the Supreme Court also got involved in it.

To ‘detect’ the illegal migrants following acts are used-

On July 30, 2018, this register was updated as per the provision of The Citizenship Act, 1955 and The Citizenship (Registration of Citizens and Issue of National Identity Cards) Rules, 2003. However, out of the 3.9 crores (approx), people had applied, only 2.9 crores of them were registered in the final draft or the updated NRC. This has led to leaving out about 40 lakhs of people of Assam from the register, which is why now there is a huge chaos.

The prime reason for the implementation of NRC was to detect and eradicate illegal immigrants. But in this process, many other people due to some discrepancies have not been enlisted in the updated draft of NRC. For instance, due to lack of some document or fallacies in a document, many people from a single family have not been included in the updated list. Some people have also contended that as flood is an annual disaster in the region of Brahmaputra, there has been loss of documents, geographical shifts, change of address etc. Due to such reasons, many people have fallen under the 40 lakh people.

The Legal Consequence for the Remaining

Now, the question is what will happen of those 40 lakh people. The legal consequence aftermath would be that the person may receive a notice from one of the Assam foreign tribunals to get an Indian citizenship, failure of which the person may be deported or may have to go to jail as a person without any citizenship. The Chief Minister of Assam has stated that the people who are not in the list of the NRC would not be ‘eligible’ to receive fundamental rights but, in the eyes of the law, they are still protected with their fundamental rights as they are divided in two, those which are exclusively for the citizens of India and those which are for all the people in India.

According to Article 14 of the Indian Constitution, it states that “The State shall not deny to any person equality before the law and equal protection of laws within the territory of India”. We also have Article 20,21,21A etc which is available for “all persons” in respect of conviction for offences, Right to Life, Education, Religion, etc. We also have Article 32 available for all persons in India regarding the enforcement of Fundamental Rights by establishing the Supreme Court as the Court of First Instance. But, these persons will not have the right to vote as it is only available for the citizens of India. The remaining people would be officially declared to be non-citizens but and be recognized as foreigners.

The Supreme Court, a bench of Justice Ranjan Gogoi and Justice RF Nariman, observed that as the list released on July 30, 2018, was only a draft of the NRC and not a final list and hence, it “cannot be the basis for any action by any authority”. Therefore, the second step to ‘delete’, cannot be implemented yet.

The Supreme Court also provided relief for the 40 lakh people who were not in the draft by permitting the Ministry of the Government of India to go ahead with the process of receiving claims and objections that the people have which commenced on September 25th, 2018 and the next 60 days from then.

The court also gave further orders regarding time schedule and different steps in the next hearing date.

Although this is not the final list, rather only a final draft of NRC and according to the NRC coordinator Mr. Prateek Hajeela, the NRC update will be a “continuous” process, the implementation of NRC might face some serious problems, including our relations with Bangladesh.

The people who have are not in the final draft, their appeal would be heard and the final list would be published on December 31st, 2018. However, if all these people would not be enlisted in the final list of NRC, it would be difficult to deport them back to Bangladesh as the neighboring countries have already stated their clear intentions that NRC has nothing to do with them and is an internal issue of Assam and India.

So, Even though, the “stateless” people would not be given a right to vote by the Government, thanks to the laid-back attitude of our country’s administration, it would be easy to make a bogus voter identity card just like in the case of  Aadhaar, PAN card, ration card and even voter’s identity card itself. Therefore, it might not be possible for the government to eradicate this main problem for which updating of NRC was hyped.

Many political issues have also started to rise with NRC as they have taken it as an opportunity to play the blame game. After seeing the draft of NRC, West Bengal Chief Minister Ms. Mamata Banerjee accused the BJP government of playing vote-bank politics and also warned that because of the implantation of NRC they might ruin their relations with Bangladesh. 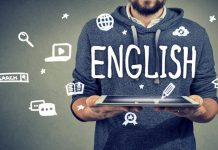 How to enhance accuracy in spoken and written English