This article is written by Soumi Ghose, pursuing a Diploma in M&A, Institutional Finance and Investment Laws (PE and VC transactions) from Lawsikho.com. She is a Legal Counsel in ICON PLC. The views and interpretations expressed in this article are those of the author in her personal capacity, and do not represent any views of ICON PLC or any of its Affiliates. 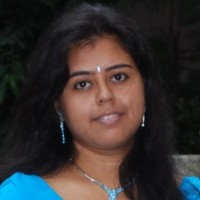 NRIs are the “Non-residential Indians”, whose contribution in the economy of India and in turn in the growth of India has always been highly valued by the Government. This NRI concept is defined under the Income Tax Act, 1961 and the Foreign Exchange Management Act, 1999 (FEMA). Investments by NRIs including investment in an LLP business in India, are treated as a “foreign investment”.
Further, after realising the potentiality of These investments are in compliance with and primarily regulated by laws like- Income Tax Act, 1961 (“I.T”), Foreign Exchange Management Act, 1999 (“FEMA”),  Foreign Exchange Management (Transfer or Issue of Security by a Person Resident outside India) Regulations, 2017 (“TISPRO“) and regulations laid down by Reserve Bank of India (“RBI”). Additionally, as described under Organization for Economic Co-operation and Development (“OECD”), any investment of 10% or above from overseas is considered as Foreign Direct Investment (“FDI”).

An individual, if satisfying/ complying with the following tests, is a “resident India” or else, is as “non-resident”:-

FEMA defines NRI as an individual, who resides outside India and is a citizen of India or is a Person of Indian Origin (“PIO”).

Further, under the FEMA Act, PIO is described as a citizen of any country other than Bangladesh or Pakistan and:-

There is a certain point of distinction regarding the concept of “NRI” as mentioned under I.T.Act, 1961 as well as FEMA, these are:-

Investment in an LLP by NRI

Investment in an LLP is considerably a cheaper form of investment and lesser number formalities are required to be complied with, in comparison to investment in any other form of businesses in India, including but not limited to private companies.

In the year 2015, the Government policy decisions/ policies have significantly liberalized FDI investments in LLPs in India. Since then, the NRIs are allowed to make FDI investments in LLPs up to the extent of 100%.  The rationale behind this liberalisation was to promote foreign investment inflows in certain sectors of business in the country. In other words, for direct investment under Automatic Route, the investor does not need to seek for any prior approval from the Foreign Investment Promotion Board (“FIPB”). If an NRI adheres to the specific sectoral limits as laid down by the policies, then it is allowed to invest up to 100% in LLPs in India. All the related provisions for investing in LLPs in India are as follows:-

Foreign Portfolio Investments (FPIs) or Foreign Venture Capital Investments (FVCI) can contribute to the capital of LLPs in India.

Schedule 4 of the TISPRO Regulations allows an NRI to invest on non-repatriation basis, in the capital of a limited liability partnership, without any limit. In addition to the above, an NRI is also allowed to invest, by way of contribution to the capital of a firm or a proprietary concern in India. An NRIs is also now allowed to make above-said investments, through the partnership firms that are incorporated outside India and are owned and controlled by NRIs or OCIs.

However, the sale or maturity proceeds (subject to applicable taxes) of such investments shall be credited only to the NRO account of the NRI investor, irrespective of the type of account from which the consideration was paid by the respective NRI. Further, the capital appreciation on such investments is also not allowed to be repatriated abroad. However, dividend and interest income will be freely allowed to be repatriated, being of the current account in nature.

A brief understanding of different types of “account” maintained for NRIs

1. Non-Resident External Account: It is a rupee account that only NRIs are permitted to open and maintain with the authorised dealers and with banks (including co-operative banks) authorised by Reserve Bank of India (“RBI”) to maintain such accounts. These accounts may be maintained in any form viz. savings, current, recurring or fixed deposit account.

For these above-stated accounts, “Credits” permitted to this account as inward remittances are:-

i) interest accruing on the account or the investment;

ii) transfer from other NRE/FCNR(B) accounts, and

iii) maturity proceeds if such investments were made from this account or through inward remittance.

The debits allowed from this account are local disbursements, transfer to other NRE/FCNR(B) and investments in India.

2. Foreign Currency Non-Resident (Bank) (FCNR(B)): It is an account maintained only by NRIs in foreign exchange with the authorised dealers and banks authorised by the RBI to maintain such accounts. These accounts can be maintained only in the form of fixed deposits and the conditions related to debit and credit to such accounts shall be same as applicable on the NRE accounts.

Any NRI is allowed to invest in India, either under Automatic or Government Approved path depending on the sector, in which, the NRI is interested to invest and subject to the exclusion of the prohibited sectors. Simultaneously, it is to be borne in mind by the NRI investor that Foreign Direct Investment is a capital account transaction and any violation of the regulations, rules and laws associated it is critical and attracts penal provisions under FEMA. Further, any transaction under FEMA is administered by RBI and in case of any violation, the Directorate of Enforcement, Ministry of Finance – Government of India has the authority to investigate. Notwithstanding anything mentioned hereinabove, with the recent development of various kinds of attractive business schemes in India helping the NRIs to connect more with the Indian and increasingly with its economy.