This article has been written by Arpita Tripathy, from the  KIIT School of Law. This is an article which deals with the obligation of international humanitarian law in modern conflict.

International law governs the laws which have to be resorted to, for the conduct during war. It means that the law governs how vulnerable groups like the wounded, civilians in occupied regions, prisoners, and the sick should be treated. These laws which ensure humane treatment of the vulnerable group are termed International Humanitarian Law. Most of the parts of international humanitarian law are codified. However, customary laws are still followed because there are countries that have still not entered into international conventions.

The Charter of the United Nations has clearly forbidden wars. However, we need International Humanitarian Laws because we still see wars between countries, even after being forbidden it is not uncommon to witness wars. The States still retain the right to defend themselves against the use of force and the civil wars in countries are still prevalent. In such a situation, it is necessary to have certain laws and regulations so that the most vulnerable groups can be protected from such inhuman tortures.

In the middle of the 19th Century the battle of Solfernio, brutality was inflicted on the wounded soldiers by not providing them even with basic medical facilities. After witnessing such a brutal scenario and shocked by such inhuman treatment Henry Dunant suggested an international covenant. In the year 1864, the Geneva Convention for the Amelioration of the Condition of the Wounded Armies in the Field was concluded.

Geneva Convention believes in the principle that a person who is not a part of the military and did not actively participate in the war should be subject to humane treatment. The 4 conventions of Geneva Convention dealt with laws relating to wounded and sick people from the military and their humane treatment, the law relating to the naval army, the law relating to prisoners of war, and the fourth convention dealt with the rights of civilians.

In 1864, the law for military victims was formulated. In 1868 use of small explosives was banned by the declaration of St. Petersburg. Several Hague Conferences took place which formulated laws to further clarify international humanitarian law. The conference was aimed to protect the common civilians in the country who do not even know how to defend themselves from such an enemy country. It also prohibited inhumane treatment and laws regarding restraint of causing avoidable harm. In the year 1977, two additional protocols were added to the 1949 Geneva Convention. In 2005, Protocol III was also added.

The International Court of Justice stated that the Law of Hague and The Geneva Convention have become interlinked and are now termed as International Humanitarian Law.

Substance of the law

The member of the armed forces and the people accompanying them are to be protected from torture. If a sick or a wounded person falls in the hands of the enemy nation then, the wounded will not be left untreated and will be considered as a prisoner of war and medical care has to be present. The information about the wounded and the sick has to be intimated to the other enemy nation. They should not be subjected to any kind of torture.

If an area is captured by the opposite enemy party then the general population residing in such an area would be termed as ‘civilians’. The civilians have to be treated with respect and dignity, their religious choices have to be respected and inhumane treatment is strictly prohibited. The civilians should not be subject to war objectives.

International Humanitarian Law comes into existence when there is an armed conflict but does not cease to exist with just a removal of such a conflict. It remains in force until peace and harmony are instilled in the region.

Article 3 of the Geneva Convention deals with non-international armed conflicts. It provides that the people who have no active role in the conflicts are to be treated with humanity. It is mandated to ensure treatment of the sick and wounded, treating the people with human dignity, cruelty is strictly prohibited along with it, degrading, humiliating treatment, violence on life and property, hostage-taking are also banned. The children, wounded and sick, and the other vulnerable groups have to be protected. The civilians should be displaced in case of such armed conflicts.

With the evolving time and with the evolution of human rights, the boundary wall between international conflicts and internal conflicts is slowly breaking down. It is because human dignity which is a basic principle of humanitarian laws should not be limited within the boundaries of countries but should be used as a weapon against inhuman treatment and holds on the line of the very basic humanity. In the case Cyprus v.  Turkey, it was said that it is not only important to maintain International Humanitarian Law but one should never forget about human dignity and there should be an active role of conflicting parties to preserve it.

The objective of both international humanitarian law and human rights are the same, protecting the basic human dignity and integrity of innocents. While dealing with conflicts it is very difficult to enforce simply human rights and therefore, the Geneva Convention laid down specific laws and guidelines to be maintained.

Article 3 of the Geneva Convention recognizes Internal armed conflicts, however, it does not take into account the conflicts which do not involve arms or ‘armed conflicts’. Therefore, if there are torture and harassment during riots or any other internal conflict then that would be completely ignored by international humanitarian law. To rescue people and provide them with basic human dignity, human rights come into play.  The international humanitarian law is applicable only to countries, however, human rights take complaints from both countries and individuals as well.

Protecting power is a concept in international humanitarian law which is appointed to look into the enforcement of the law. It looks after the people who have no active participation in the armed conflict. However, there lies a major disadvantage in this system. The parties to the conflict have to agree to be governed by international humanitarian law. There have been many instances where countries have not agreed to be governed by the laws. China when attacked India did not agree to enter into this Protecting Power agreement. The armed forces should be properly trained and educated about the laws and the proper conduct so that they can understand how to properly implement the law.

If there are any breaches in the International humanitarian law, then the International Fact-Finding Commission can look and inquire into the matter and grave punishments should be given to the people who breach the obligations. A lot of contributions have been given by the International Committee of the Red Cross. They have visited countries to ensure implementation of the international humanitarian law, they visit the prisoners of war and look after the protection of civilians. Unlike protecting power, the International Committee of the Red Cross does not need the consent of both the conflicting parties. Therefore, it can act independently on its own. Parties to the conflict are under an obligation to let ICRC meet the vulnerable groups. It has to be seen that the laws under the conventions have been legislated in the country’s domestic law.

The conflicts in recent times have been seen to move towards a trend where there are more internal conflicts than international ones. Therefore, the small internal matters should also be supervised so that no force can snatch away human dignity. The conflicts that arise should not only be supervised by some international organizations but every State should ensure that the two parties to the conflict comply with the Humanitarian laws. Rising tensions among the countries and the role of International humanitarian law

The Prosecutor v. Dusko Tadic is a landmark case revolving around International and non-international armed conflicts. The case was filed before The Appeals Chamber of the International Criminal Tribunal of former Yugoslavia. The first question of law which was raised was that of the jurisdiction of the Tribunal. It was argued that at the time when the case was filed there was no armed conflict. However, the court rejected the contention and held that the international humanitarian law is applied not only for that time period but until the peace is restored.

There was also confusion as to if the conflicts in the former Yugoslavia were an internal conflict or an international one. The Tribunal emphasized that because of the growing trend in the increasing rate of civil wars, International Humanitarian Wars are also taking into consideration the internal conflicts. Here, it was concluded that the war was an international one because, even after the foreign power withdrew,  the internal forces like the army continued to remain involved in the war but they were being influenced by a foreign country, Bosnia.

Nicaragua v. United States of America clarifies how to determine the difference between internal and international force used in armed conflict. In this case, the emphasis was on the word ‘control’. It has to be seen who controls the force. The acts of the army can be said as an international one if they have complete control over the army. If control of a foreign nation is established then the conflict is an international conflict.

Kunarac Case: The question before the Appeals Chamber was that, if the conflicts are not in that one particular region but are present in different parts of a country then will that come under international humanitarian law. The Tribunal said that, if there is conflict in a country then the whole country will come under the purview of international humanitarian law and not only those particular regions where there is real existence of an armed conflict.

Coard v. USA: In the case, the relation between international humanitarian laws and human rights was talked about. It was said that both of them have a strong relationship with each other. They have a common motive to protect human rights and dignity and there is an overlap in the concepts as well.

The implementation of humanitarian law should be the main focus of international organizations. As has been discussed above, the concept of protecting power needs approval from both the conflicting parties. This part of the concept completely destroys the spirit in which the laws were framed.

There should be a proper framework with the procedure and not just different systems to look after such an important humanitarian aspect. The procedures should be such that the countries would be under an obligation to comply with the laws.The International Humanitarian Law should also take into account the small internal disturbances, like riots, which also lead to gross violation of human dignity.

International humanitarian laws are an essential part of the International community. This protects the most vulnerable groups from the grabs of torture and inhumane treatment. The recent developments in the Laws which have also included internal armed conflicts in its purview is a remarkable step for shielding the unguarded. However, there has to be proper implementation of the laws and proper structure, procedure has to be instilled for harvesting benefits. 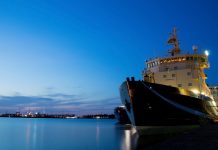 The effect of climate on maritime zones 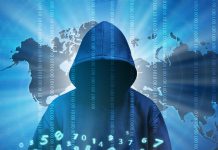 Application of International Law in cyberspace: an analysis 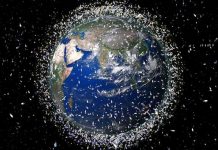 International and Indian laws : how to ensure sustainable development of space activities