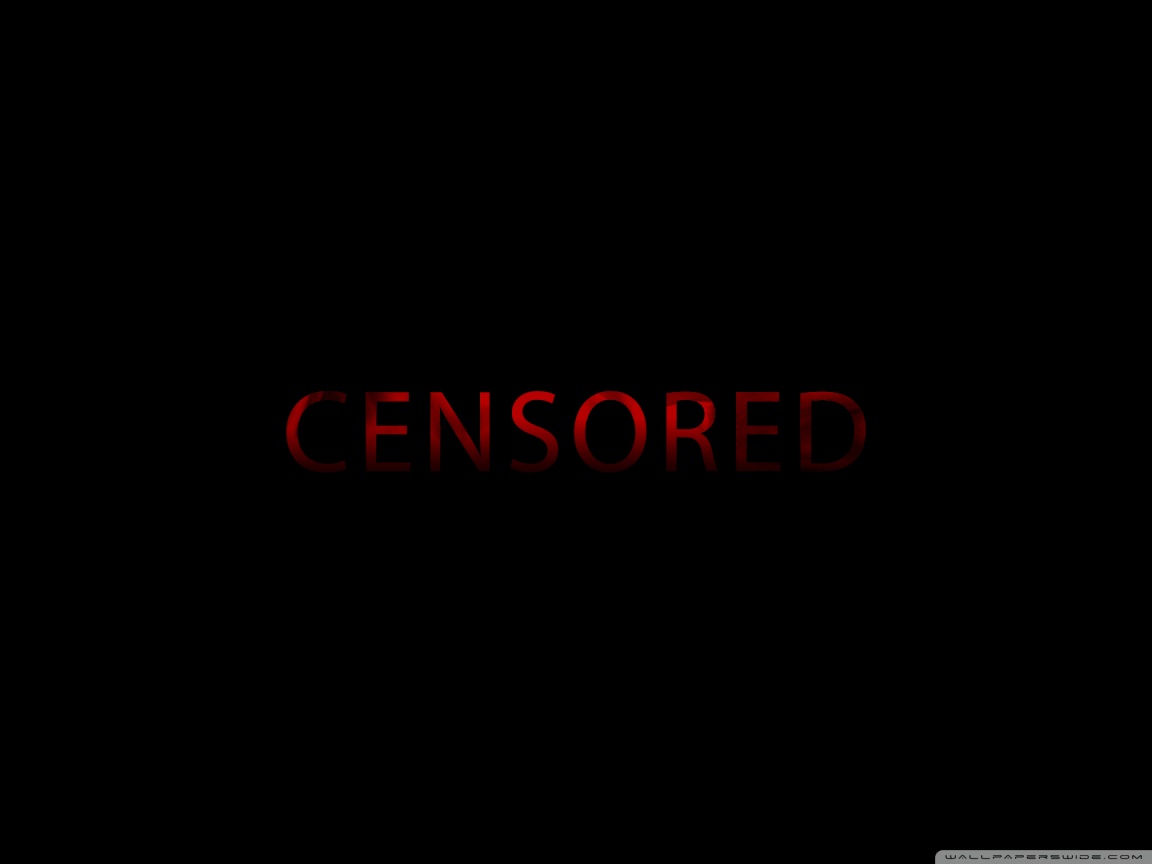 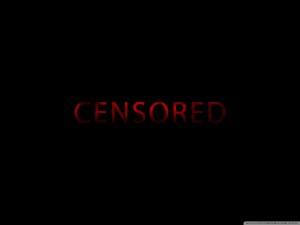 This article is written by Pratyush Pandey, a student of NLU Delhi.

‘She is humiliated, stripped naked, paraded, made to draw water from the well, within the circle of a hundred men. The exposure of breasts and genitalia to those men is intended by those who strip her to demean her.’ The portrayal of the tragic story of dacoit Phoolan Devi in Bandit Queen fell in a legal battle when a criminal case of obscenity was filed against the makers. The petitioners objected to some scenes depicting nudity and violence in the movie and claimed that they were obscene, lascivious, and would corrupt and deprave the minds of the viewers and hence, a criminal act under Section 292 of the Indian Penal Code.

The Supreme Court ruled in the Bobby International Case that the scenes depicting nudity must not be seen in isolation. They must be seen in the context or the background in which they (film, portrait, writing, and photograph) are made. The message being conveyed through the portrayal is of utmost importance when deciding the obscenity of an act. The movie Phoolan Devi depicts the social menace of torture and violence against a helpless female child which transformed her into a dreaded dacoit. The object of the scenes was not to titillate the cinemagoer’s lust but to arouse in him the sympathy for the victim and disgust for the perpetrators. ‘Nakedness does not always arouse baser instinct.’

The acceptable level of obscenity in films, photographs, paintings, and stories and novels, is not yet settled in India. In terms of section 292 of the Indian Penal Code, any matter is obscene if taken as a whole, it is lascivious or appeals to the prurient interest or if its effect and tends to deprave and corrupt persons who read, see or hear the matter contained or embodied in it. In this article, the author will argue for the community standards test as against the Hicklin test in the backdrop of the Supreme Court judgement in Aveek Sarkar v. State of West Bengal (3rd February 2014) Criminal Appeal No 902 of 2004).

In 1994, German magazine STERN published an article with a picture of Boris Becker, a world renowned tennis player and his dark-skinned fiancée, German actress Barbara Feltus. In the picture, both Becker and Feltus were naked and he had put his arms around her in a manner to cover her breasts with his palms. The article states that, in an interview, both spoke freely about their engagement, their lives and future plans and the message they wanted to convey to the people at large, for posing to such a photograph. Article picturises Boris Becker as a strident protester of the pernicious practice of “Apartheid”. Further, it was stated that the purpose of the photograph was also to signify that love champions over hatred.

The article along with the photograph was published in an Indian magazine Sports World and a Kolkata based newspaper Anandabazar Patrika. Aveek Sarkar, a lawyer filed a case under Section 292 of IPC against the editor, publisher and printer of the newspaper and the editor of the magazine alleging the photograph will corrupt and deprave the minds of the young and were against the cultural and moral values of society. He further alleged that both the publishing houses had published the photograph particularly with the intent of increasing sales.

It was further contended that the accused should also be prosecuted under Section 4 of the Indecent Representation of Women (Prohibition) Act, 1986 since the photograph prima facie gives a sexual titillation and its impact is moral degradation and would also encourage the people to commit sexual offences.

The respondents claimed that since the magazine was not banned in India and was never considered as obscene. Section 79 of the Indian Penal Code states that nothing is an offence which is done by any person who is justified by law, or who by reason of a mistake of fact and not reason of a mistake of law in good faith, believes himself to be justified by law, in doing it. Since there was no action taken against the sale of STERN in India, the respondents reasonably assumed that the reproduction of the photograph was valid in the eyes of law.

However, the Magistrate issued process against the accused and put them to trial for the offence punishable under Section 292 adding that it would be too early to give them the benefit of Section 79. The respondents then appealed before the High Court of Calcutta under Section 482 of the Code of Criminal Procedure for quashing the proceedings pending before the Alipore Magistrate Court. The court refused to quash the proceedings against which an appeal was preferred before the Supreme Court.

The Supreme Court found the appellants innocent of the charges levied against them under Section 292 of IPC and Section 4 of the Indecent Representation of Women (Prohibition) Act, 1986 and overturned the decisions of the lower courts. The appellants were given the defence of Section 79 of IPC. The Supreme Court held that the question of obscenity must be seen in the context in which the photograph appears and the message it wants to convey. The court further said that the correct test to determine obscenity would be Community Standards Test and not Hicklin Test.

The Hicklin Test was laid down by the Queen’s Bench in Regina v. Hicklin. The test of obscenity is whether the tendency of the matter charged as obscenity is to deprave and corrupt those whose minds are open to such immoral influences and into whose hands a publication of this sort may fall. On application of the Hicklin test, a publication can be judged for obscenity based on isolated passages of a work considered out of context. Works can be judged by their apparent influence on most susceptible readers, such as children or weak-minded adults.

The United States in Roth v. United States observed that sex and obscenity are not to be seen as synonyms. It was held that only those sex-related materials which had the tendency of exciting lustful thoughts were found to be obscene and the same has to be judged from the point of view of an average person by applying contemporary community standards.

In Ranjit D. Udeshi v. State of Maharashtra, the Supreme Court of India had upheld obscenity charges levelled against Lady Chatterley’s Lover and its release in India was banned. However, the judges had indicated that the concept of obscenity would change with the passage of time and what might have been obscene at one point of time would not be considered as obscene at a later period. Even though the case is heavily criticized for having curtailed the freedom of speech and expression, this observation in the case stands out to show how the community standards mattered even then.

Section 292 of the Indian Penal Code requires any material which is in question to be ‘taken as a whole’. When the material is taken as a whole, if it is lascivious and tends to deprave and corrupt persons who read, see or hear the matter contained. The Hicklin test is in contravention of IPC as the former requires the passages to be seen in isolation.

The Court had observed in Aveek Sarkar that the decisions in such cases must be taken keeping in mind the contemporary national standards and not that of a group of sensitive persons.

In a continuously evolving society, which changes with every passing day, having a fixed standard for determining a crime which is based on the perspective and acceptance of the society is wrong. The society will never accept murder, or rape. But if a filmmaker attempts to portray the sufferings of a Phoolan Devi, the society may not have accepted it then but criticizes the decision today. If a photographer wishes to send a message against domestic violence through the bruised bare back of a woman, the picture must be seen in the context of the message and not in isolation.

The Supreme Court by striking down the Hicklin test and upholding the more adaptive Community Standards test has done an admirable job. If the society accepts the portrayal of sexual activities on the silver screen, the court must not strike it down for the sake of a few sensitive persons. If it is acceptable to the society in general, the court must accept it too. Materials may have sometimes have content which is not acceptable to the society, like frontal female nudity is not acceptable in India but it is acceptable in United States of America and United Kingdom. In such scenarios, one needs to look into the bigger picture, the message being conveyed through the otherwise obscene material. The message should be beneficial and helpful to the society. People should have the freedom to send a message to the society through images/films/paintings/writings which if seen in isolation would be considered obscene or lascivious. It is important to see the full picture instead of squinting our eyes at certain sexually explicit scenes. The Court was justified in upholding the rights of the creators in Aveek Sarkar and Bobby International case.