This article is written by Mehak Jain, currently pursuing law at the Hidayatullah National Law University. This is an exhaustive article that substantiates offences relating to elections in IPC and the suggested reforms.

Chapter IXA, Section 171 deals with offenses related to Elections in the Indian Penal Code. Elections in India are no short of a festival and concern the people immensely. This Chapter was introduced by Section 2 of the Indian Elections Offences and Inquiries Act, 1920,. It prescribes punishments for offences such as bribery, personation, undue influence, making false statements to malign someone’s reputation during elections, etc. The main object of this chapter is to ensure free and fair elections and to allow people to freely practice their voting rights.

In terms of political affairs, liberty and equality are the fundamental factors to ensure concerning the concept of free and fair elections. Free and fair elections connote that nobody is influenced while exercising their legal right; that they can make and form decisions on their own, and have their personal choice free from the bondage of another, without any malice or undue influence of another. Elections are crucial to ensure the smooth running of a state and must be carried out in a fair manner. When a person castes his/her vote, he/she is not under any influence or control of a party discipline, religion, sex, language, caste, creed, etc. One is also not bound to corrupt practices such as bribery or using cheap tactics to smear someone’s election campaign. Thus, free and fair elections are the epitome of a democratic nation.

A person committing the offence of bribery shall be punished with imprisonment which may extend to one year, or a fine, or both, under the provisions of Section 171E. However, a person bribed by the act of treating shall have to pay a fine only. “Treating” means providing or accepting food, drink, entertainment or provision as gratification.

Undue influence at an election

Exercise of a legal right without any mala fide intent to interfere with someone’s voting right, declaration of public policy or a promise of public action does not count as interference as per the meaning of this section.

As per Section 171F, undue influence at an election is punishable with imprisonment which may extend to one year, or a fine, or both.

Personating at an election

Section 171D says that a person attempting to vote twice or vote by using unfair means is guilty of the offense of personation. Each one is to cast their own vote. For example, a person applying for a voting paper by using someone else’s name, whether living or dead, or under a fictitious name, or has voted in such an election and wants to vote again is guilty of personation. A person abetting or attempting to procure a voting paper by using any other person for their cause shall also be guilty of the offense of personation.

It is important to note that a person authorized to vote as proxy for an elector under any law which is at force at that time shall not be guilty of this offence.

Personation at an election is punishable with imprisonment which may extend to one year, or a fine, or both as per Section 171F.

False statement in connection with an election

Illegal payments in connection with elections

As per Section 171(h), a person responsible for incurring/authorizing expenses to promote their election campaign, which may include holding public meetings, press conferences, advertising, circulars or publications, without any general or special authority in writing of a candidate shall be punishable with a fine which may extend to Rs. 500.

However, if such a person, who has borne expenses not exceeding Rs. 10 without authority manages to obtain authority in writing of the candidate within days from the date on which such expenses were incurred, this provision would not be applicable as such person would be deemed to have acted with the permission of the candidate.

As per Section 171(i) of the Code, a person who is responsible for keeping an account for the expenses incurred in connection with an election, as per the law which is in force at that time or as per a rule which has the force of law, when fails to do so, shall be punishable with a fine which may extend up to Rs. 500.

The Fifth Law Commission proposed certain reforms to the currently existing Chapter IX-A of the IPC relating to substantial changes. However, none of these provisions had been taken into accord and compiled to date. The reforms include-

However, none of these recommendations were taken into account by the legislature or the fourteenth law commission.

The petitioner had allegedly appeared at the polling station at Mokeri Government U.P. School in Peringalam constituency, and changed his name and presented himself as Kuttikkattu Pavitharan in the polling booth. He did so to obtain a voting paper even though he wasn’t the person he claimed to be, nor was he a person belonging to that constituency/booth. The court held him guilty of the offense of personation under Section 171D and 171F.

In this case, the respondent was elected from a constituency in Punjab as a Member of Parliament. The petitioner alleged that a minimum of 15,000 invalid votes had been cast, due to which the respondent had been declared elected, and that the accused had allegedly distributed huge sums of money to Harijans under the pretext of aiding them to construct Dharamshalas, and also gave out several gun licenses as gratification to induce voters to vote for them.

The appellant contended that this gratification was liable to be admitted as the corrupt practice of bribery and that the free legal rights of voters had been influenced and tampered with.

The accused failed to establish that 15,000 invalid votes had been cast. According to Rule 56 of Election Rules, a ballot paper devoid of both, the mark and signature of the polling officer shall be invalid. The same was not the case here.

“Gratification”, if to be included under bribery, shall only be used to refer to cases where a material advantage is conferred on offering a gift. The license given in this case did not provide any material advantage and hence couldn’t be said to be included under bribery. Apart from that, bribery necessities the existence of bargaining of votes. Since there was no evidence regarding the bargaining of votes in exchange for gun licenses, the issues did not stand ground and the case was dismissed.

The respondent was the younger brother of the Raja of Puri in Odisha. The petitioner alleged that the appellant wrongly used this fact to his benefit during election campaigning in the district of Satyapadi, where he said that he was “Chalanti Bishnu” himself, and induced people to vote for him by saying that if they don’t do so, they will be displeasing Lord Jagannath himself and every vote given to him was a vote given to Lord Jagannath. He threatened Divine displeasure and spiritual displeasure if his directions were not followed. Apart from that, he was also alleged that the appeals had been made to the villagers to cast their votes on the ground of his caste, Khandayat. He also used Nila Ghakra, which is the religious symbol of Lord Jagannath for his election campaigning.

The court held it to contravene Section 171F of IPC.

The respondent, Mr. Rajnikanth is an established film actor with a massive fan following all over Indian and especially in Tamil Nadu. The petitioner, a lawyer in the Supreme Court has accused him of exercising undue influence over people as on the eve of the election, the respondent presented a tele-campaign presentation where he urged the voters to accept Rs 500 or Rs. 1000 from the petitioner, and still not vote for him.

The speech, as translated said that the voters of Tamil Nadu couldn’t be swayed by these tactics and couldn’t be corrupted; therefore, if the opponent offered money as a bargain for votes, do not hesitate and accept it, but still, exercise their legal rights freely as the people of Tamil Nadu could not be bought.

The Court said that the respondent in the speech never advised to demand and receive a bribe. The offending speech wasn’t so offending and it had no trace of mandate or imposition of restraint on the voters to refrain from doing what they wished to do. The said sections of IPC were not applicable and the respondent was thereby not guilty of any offense and the case was dismissed.

It is evident that these age-old punishments have become mostly redundant and not that strict to avoid happening of the offenses. Every participating candidate in elections participates intending to win and sees themselves as the most viable option. To work towards this goal, they may adopt unfair means and tamper with the fair mechanism of carrying out elections. Offences relating to elections need to be taken seriously and the punishment revised to ensure a fair election procedure. Recommendations by the fifth law commission need to be considered and changes made accordingly. 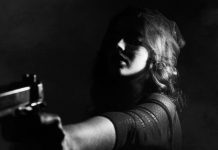 Criminal Intimidation, Insult and Annoyance under the Indian Penal Code, 1860 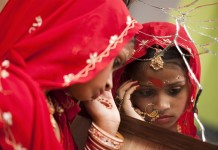 Prosecution of Offences against Marriage under CrPC