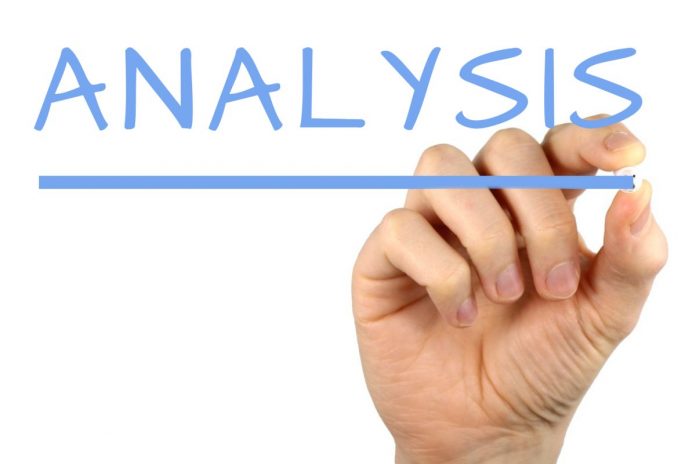 This article has been written by Disha Jain a final year student of Jindal Global Law School expresses her views on the landmark Judgement of Om Kumar v. Union of India whilst critically analysing it.

‘Judicial Review should speak for Righteousness but yearn for Proportionality’

In the Apex Court’s role as Sentinel On Qui Vive of exalted fundamental rights, Om Kumar’s case gives a sudden impression of deceleration to this forward marching.

In this article, I have briefly discussed the facts and then critically analyzed the core issues of the judgement dealing with the Doctrine of Proportionality. Firstly, I have criticized the use of different scales for reviewing an administrative action under the same Article. Secondly, I have tried to point out how the doctrine of proportionality and strict scrutiny are not in tandem with each other. Thirdly, the Supreme Court’s retrograde approach of applying the principle of Wednesbury unreasonableness has been reprimanded. Lastly, I have suggested the adoption of certain principles from an International model, to strengthen the doctrine.

Skipper Construction had got possession from Delhi Development Authority (DDA) of flats but the consideration was only paid partly. It had collected huge sums of money from the prospective purchasers of the flats. This was challenged.

Disciplinary proceedings were initiated against five officers. The matter with regard to Sri Om Kumar and Sri Virendra Nath was referred to the Department of Personnel as there was a difference in opinion between the competent authority and the advice of the U.P.S.C. Likewise, U.P.S.C was asked to reconsider its advice provided for the cases of Sri K.S. Baidwan and Sri R.S. Sethi.

The final order differed in the penalties. The counsel for Shri Om Kumar and Shri Virendra Nath raised the questions for the different quantum of punishment imposed.

The question of applicability of doctrine of proportionality, especially with respect to Article 14 of the Constitution of India was raised. Also, the examination of the court’s reviewing authority to be primary and secondary.

It was decided that that the administrator should exercise the least restrictive choice of measures while regulating the exercise of fundamental rights. It was left to the discretion of the Supreme Court to see if these rights have been infringed excessively.

The court refused to interfere in the punishment. It was reiterated that judicial review of an administrative action is limited and the parameters of review would be as held in the Wednesbury’s case, hence the name Wednesbury principle. The Doctrine of Proportionality came to be expressly accepted here.

On digging deeper, the Court found that doctrine of proportionality has been applied in India since 1950 while checking the vires of legislative enactments especially under Article 19 of the Constitution.

The Court then proceeded to determine proportionality vis-a-vis Article 14. Here the Court reasoned that Article 14 two dimensions. One when administrative action is challenged as discriminatory and second when it is arbitrary.

The Court observed that when action is challenged as discriminatory i.e. when equals are treated unequally and unequals are treated equally. In this case, the courts function in their primary role and scrutinize the level of discrimination and whether it has nexus to the object sought to be achieved. This is the ‘strict scrutiny’ done by the courts.

Whereas when any action is challenged as arbitrary, the courts assume a secondary role. Thus, the Wednesbury principles will apply when scrutinizing and reviewing the administrative action. The question here is whether administrative action is rational or reasonable. The Courts would then be only confined to secondary role and will only have to see whether the administrator has done well in his primary role, whether he has acted illegally or has omitted relevant factors from consideration or has taken irrelevant factors into consideration or whether his view is one which no reasonable person could have taken.

Thus, the Court held that petitioners have raised the ground of unreasonableness and applying the principles of Wednesbury they didn’t find any fault in the punishments imposed.

The law on doctrine of proportionality in India has been stationary since the judgment. There can be no movement seen in its application except from the fact that it is slowly taking up on the doctrine of unreasonableness.

The Court has laid down that proportionality will apply only when under Article 14 of the Constitution, it is challenged on the grounds of being discriminatory. The Wednesbury principle has been retained for arbitrariness and unreasonableness. Some of the challenges to the instant case are discussed here under.

Firstly, it becomes difficult to comprehend the use of two different yardsticks for reviewing the administrative action, under the same Article. The court observes that since service matters usually fall under the category of arbitrariness, limited approach for Wednesbury will be applicable for review. This approach of the court is giving ‘disproportionate’ treatment to the doctrine is inexplicable. The questions that still remain unanswered are that-Can it be said for sure that all the actions which are arbitrary can never be discriminatory? Or should the petitioners always dig out cases from the past of dissimilar treatment to wriggle out of the limited Wednesbury principle?

Soli Sorabjee has submitted in the matter of Ranjit Thakur Vs Union of India[1] that “lays the seeds of the proportionality principle in Indian administrative law without recourse to any constitutional principle”[2]. But the courts, for the purpose of dividing Article 14 for the purposes of proportionality seems to be rather regressive of the two facets of Article 14 that is discriminatory State action and Arbitrary State action were devised through judicial invention only to cast a wide net for the purpose of Article 14. Earlier, when the courts used to apply the doctrine of reasonable classification. Thus, based on intelligible differentia and reasonable nexus with the object sought to be achieve, certain cases like arbitrary removal and capricious suspension, etc. remained out of the ambit of Article 14. To prevent such actions from the rigours of Article 14, Justice Bhagwati laid down the conception of arbitrariness in E.P. Royappa vs State of Tamil Nadu & Anr[3]  .Thus, the two shades of Article 14 are for the purpose of widening the base of the Article, while the wrong in both of them remains the same, which is inequality. The court should not have applied different parameters for judging or reviewing, when they arise from the same Article.

The Supreme Court has left the cavity open by not providing any cogent reasoning for applying the Wednesbury unreasonableness only, in dealing with issues of arbitrariness. The two plausible reasons for doing so seem to be-The Apex Court seems to have followed the foot-steps of the courts in England that are influenced by the ideology of applying proportionality principle and Wednesbury principle only in the case of convention and non-convention rights respectively. Another reason could be that the Supreme Court would have feared the burgeoning of cases if the standard of review was kept low and any and every case would be falling under the ambit of Doctrine of proportionality, encouraging unending litigation.

Secondly, the doctrine of proportionality is equated to the strict scrutiny approach. In R v. Ministry of Defence[4] the Court of Appeal devised the Strict Scrutiny test. However, the English courts, noted that the standard of interference was placed so high that it was difficult for the court to take into consideration whether actions were for social needs or proportional to national security and public order. The Court, thus meant that principles which are followed for testing actions could no more be applied if such high standards and limited scope of interview are maintained. Thus, the test of proportionality is not similar or equal to strict scrutiny. The court has occasion to consider the socio-economic conditions and public-order, etc., the court used in equating both these tests.

Thirdly, the Apex court which is normally forward marching had taken a retrograde step by affirming the application of Wednesbury principle of unreasonableness. In the age of welfare state, the difference between proportionality and unreasonableness has faded to a great extent. Thus, cases which are unreasonable are often found to be disproportionate. For example, the cases of Air India v. Nergesh Meerza[5] , Ranjit Thakur v. Union Of India[6] and Maharashtra Law Development Corporation v. State of Maharashtra[7] . thus, the principle of proportionality and unreasonableness cover a great deal of common grounds[8] Even the English Courts, the creators of the principle have deviated from Wednesbury where the convention Rights were involved. But unfortunately, the courts in this case have clung onto the Principle of Wednesbury, when in reality the Wednesbury principle has given way to the doctrine of proportionality[9].

Thus, the court should have affirmed a principle which would have given more latitude to the judges to review administrative actions and more so in the service matters, when the utility of the Wednesbury principle is in doubt.

Fourthly, another issue which is left unaddressed by the Supreme Court is adoption of principle from any other model- British or European. The various Supreme Court judgments manifest that it has never had an actual opportunity to test any administrative action on the parameters of Doctrine of Proportionality as it stands today in the International forefront. Merely coining the doctrine and stating its legal position in the Indian model will not do justice to the doctrine. What is required is an actual application of the doctrine which is in tandem with the International context.

An effective remedy would be to take lessons from other countries. The determination of the International model to be applied in the case of India would be a purely didactic exercise. Julian Rivers points out a four-prong test used in the European model, based on legitimacy, suitability, necessity and fair balance or proportionality[10]. The judiciary, while giving this test some backing in the given case of Om Kumar has held that the administrative authority will be given a variety of options to choose from but the court retains the power to decide if this choice infringes the rights excessively or not[11].  This exercise is indicative of the fact that the Courts have intended to borrow the fair balance stage from the European model, hence giving it validation. Keeping the above considerations, the European model seems the most pertinent model to be adopted.

In conclusion, I would like to say that mutual want to strengthen the judicial review of an administrative action has been the hot topic of discussion since ages. This was put to rest in the much celebrated judgement of the Om Kumar case. Justice Jagannadha Rao beautifully brings out the acceptance of proportionality in India. It has derived strength from its very survival, since no change has been made thereafter. The fact that the case has certain flaws can’t be overlooked because at the end of everything, the approach should be to maximize the well being of the people. No judgement is infallible. Om Kumar too has its advantages and disadvantages. In this case the court had an opportunity to give a fillip to the doctrine in India. The doctrine with its wide contours would have served as a deterrent weapon to mitigate capricious treatment under the guise of subjective satisfaction. The administrative authorities would have arrived at the decision more circumspectly sensing a judicial censure if they try to impose punishments according to their whims and fancies. This would also help salvage the lost confidence of people in Judicial review.