There are some events, they change everything for you. The story of your life can be then divided in two parts, pre and post-event. One small skill I learned somewhere in the middle of law school made that kind of difference to my life.

As I joined law school, I struggled to find my feet in a very new, different kind of environment. I was told that to do well in law school I needed to work super hard, so hard that I would barely have time to breathe. For the first semester, this was true. I felt the pressure of a mountain as I learnt to cope with the pressure of writing 5 well researched, properly footnoted projects including project proposals within two months along with regular lessons in the class. Throw in moots, debates, society interviews, trying to find an identity in a new place – keeping sane wasn’t easy! Exams came – and the methods that once worked well with boards exams and in school did not work anymore. Scoring well was no longer about reading some limited chapters and writing a lot in the answer paper. Things were different in law school – and I couldn’t quite grasp what I needed to do.

Note that I was the 2nd topper in the national entrance test. The topper didn’t join NUJS – so in the first semester I was the de facto-topper. However, while I knew exactly what to do to crack an objective multiple choice based exam full of GK and logical reasoning, I was writing exams with subjective questions in English for the first time, having studied in vernacular medium schools all my life. I had to figure that out as well.

I was also a terrible speaker – for the first time in my life I was learning to speak English and had to accept English as the only language for communication. That was quite challenging as well. My difficulty to speak fluently also affected my ability to do well in viva, class presentations and even mooting. Fluent speaking and other mooting skills can easily pave way for one to be a good lawyer. Online courses like this are often a great way to acquire these skills sets and become a champion mooter within three months.

When I look back, I can certainly say that the first two years were the most difficult years of law school. I set high targets for myself despite setbacks. Still, as I struggled through those two years, I felt depressed. I had this constant sense of underachievement. I was determined, but at the same time I felt lost. I didn’t see how I was going to get where I wanted to. The entire point of going to law school seemed to be lost, and I didn’t know if I would find my way.

Then one day I came across this skill.

It transformed my mindset towards work and success. Once I learned it several locks opened at once and I felt empowered. I stopped falling for the common wisdom that told me just to try harder but failed to show me the way. At once many lessons I was taught since childhood that held me back from achieving true success in my own terms came undone. It was the beginning of an amazing journey from there.

But what happened? What was this skill that changed everything for me? How can one skill make so much difference in a law student’s life?

I came across this blogpost from Tim Ferriss, who I later accepted as a sort of my imaginary guru: http://www.fourhourworkweek.com/blog/2009/07/30/speed-reading-and-accelerated-learning/

I tried the stuff he suggested (so should you), and did not stop there. I read everything I could find on internet about speed reading. I practiced and pushed through initial self-doubt.

When I started getting a grip on this skill, the following things happened to me, not necessarily in the order described though:

1. I managed classwork much better:

Suddenly the mandatory reading for the class was quite easy. I just had to carry the text, in the first 5 minutes of the class I would know enough to answer most questions asked by the teacher, and then continue to read the text critically. I found the pace of most classes to be terribly slow – so reading during the class hours kept my brain engaged and saved me hour of studies before the exam.

2. My exam score improved drastically while the time I spent studying went down:

As I drastically changed how I read textbooks, classnotes, case laws and even reference material – study time went down by leaps and bounds while on the other hand I managed to cover a lot more than ever. I had my specific way of reading different material. For instance, I would start reading a scholarly article from the end, learn the conclusion first, and then identify the broad themes through scheming and only then reading the major arguments thoroughly. This improved retention of information in a massive way, and improved critical analysis of the text. For most part of the semester, I didn’t spend much time with course work – instead I found time to focus on a freelancing business, mooting, blogging and whatever else I wanted to do. I used to do marathon study before the end-semester exams though – I could end up studying even 10-12 hours straight – but this would cover the entire syllabus for one subject taught over 3-4 months. Life was suddenly so much easier, and people would ask me how I had managed to juggle so much, and I would tell them: learn speed reading.

3. I got a taste of hacking, so I started fiddling around with other things:

Speed reading was an eye opener. All my life I was told to work even harder if I wanted more success. Here was proof that most people didn’t even know the real secrets of success! Why don’t they teach speed reading in school? It would made things so much easier! I started questioning the popular wisdom – if it is popular, there must be something much better out there. This was a watershed change in my life. As I developed a faith that things can be hacked, i.e. done in a much simpler, efficient way that the majority doesn’t know about – and I started discovering these things. You should not be surprised that I started CLAThacker – a community for law school aspirants which soon became the biggest such online community. I found simpler ways to solve CLAT questions that I taught to thousands of students in 5 states. It also made me question my early career choices later and then further led me to starting up my own business early in life.

4. I learned how important it is to teach:

Real learning takes place when you try to teach a skill you know to another person. I was flooded with requests to teach speed reading, so I came up with a lot of exercises. I went deep into the science of it to understand how it works, and I tweaked my methods until they worked every time. I started taking workshops for IMS on speed reading. Doing all of these took my own understanding and ability to altogether different heights. My teacher’s instinct comes largely from this selfish need – when I teach anything, I learn so much better.

Did you ever try learning speed reading? Did you ever have a similar experience in your life when a small skill made a huge difference? Share it in the comments below. 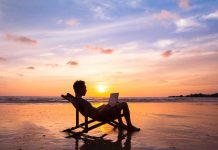 Travel as a byproduct of Law School 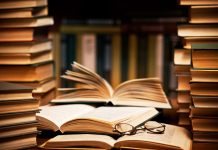 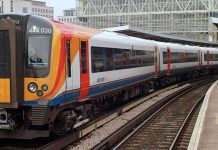