This article is written by Prathamesh Gargate, pursuing a Certificate course in Advanced Corporate Taxation from Lawsikho.

The outburst of COVID 19 changed the way of doing business worldwide. In such changing times and considering the spread of COVID 19 in the country, the Government for the betterment of the health of taxpayers and the Government officials by way of The Taxation and Other Laws (Relaxation of Certain Provisions) Ordinance, 2020 extended the dates of numerous compliances within the tax laws in India. On 20th March 2020 Prime Minister of India announced a nationwide lockdown to stop the spread of COVID-19 leading to the closure of assesses businesses and the Government offices in such time it was next to impossible to meet the deadline in many cases which was 31 March 2020. The Ordinance also provides for an extension of dates as well as delegating the power to extend the dates further if deemed necessary.

Reasons for the ordinance

The primary reason for promulgation of the ordinance was that the dates of various compliances were falling within the period Of COVID 19 induced lockdown and the taxpayers were finding it difficult to comply due to complete lockdown. Therefore, considering the global pandemic the Ministry of Finance, Central Board of Direct Taxes, and Central Board of Indirect Taxes and Customs recommended extending these dates. The parliament has power by way of amendment to taxation laws to extend such dates as it deems fit. But, the parliament was not in session and was not due to convene in the near future. As a result, the President of India was satisfied and deemed it necessary to promulgate such ordinance. Thus, the ordinance was promulgated on 31st March 2020.

Analysis of the ordinance

The Ordinance provides for relaxation of various compliance dates under the following statutes:

The financial year followed in India begins from 1 April and ends on 31 March. Therefore, under various direct taxes date for investments or claiming the exemptions is 31 March. Due to a nationwide lockdown from 20 March 2020, it was not possible to comply. Thus, the following relaxations are given.

Under the various direct taxes including the Income Tax Act, 1961, Wealth Tax Act,1957, etc. wherever it is specified that time limit prescribed or notified falls within 20 March 2020 to 29 June 2020 shall be relaxed to such a date as may be prescribed by the Central Government for completion or compliance of the proceedings or passing of any order or issuance of any notice, intimation, notification, sanction or approval, or such other actions by whatever name called by any authority, commission or Tribunal under the provisions of the Act.

The dates specified for the filing of any appeal, reply or application, or furnishing of any report, document, return, statement or such other record under the provisions of the Act shall be postponed to such other dates as may be prescribed.

The Income Tax Act, 1961 provides for certain exemptions under the head of capital gains. Section 54 to 54GB specifies certain investments to be made for claiming the exemptions. The due date for such investments is extended up to 30 June 2020 or the date as may be prescribed by the Central Government. For instance, an assessee is claiming exemption under section 54EC in which he is required to invest in REC/NHAI bonds within six months of transfer of capital asset. If the six months period provided is ending between 20 March 2020 – 29 June 2020 then such investment can be made on 30 June 2020 or another date as may be prescribed from time to time. 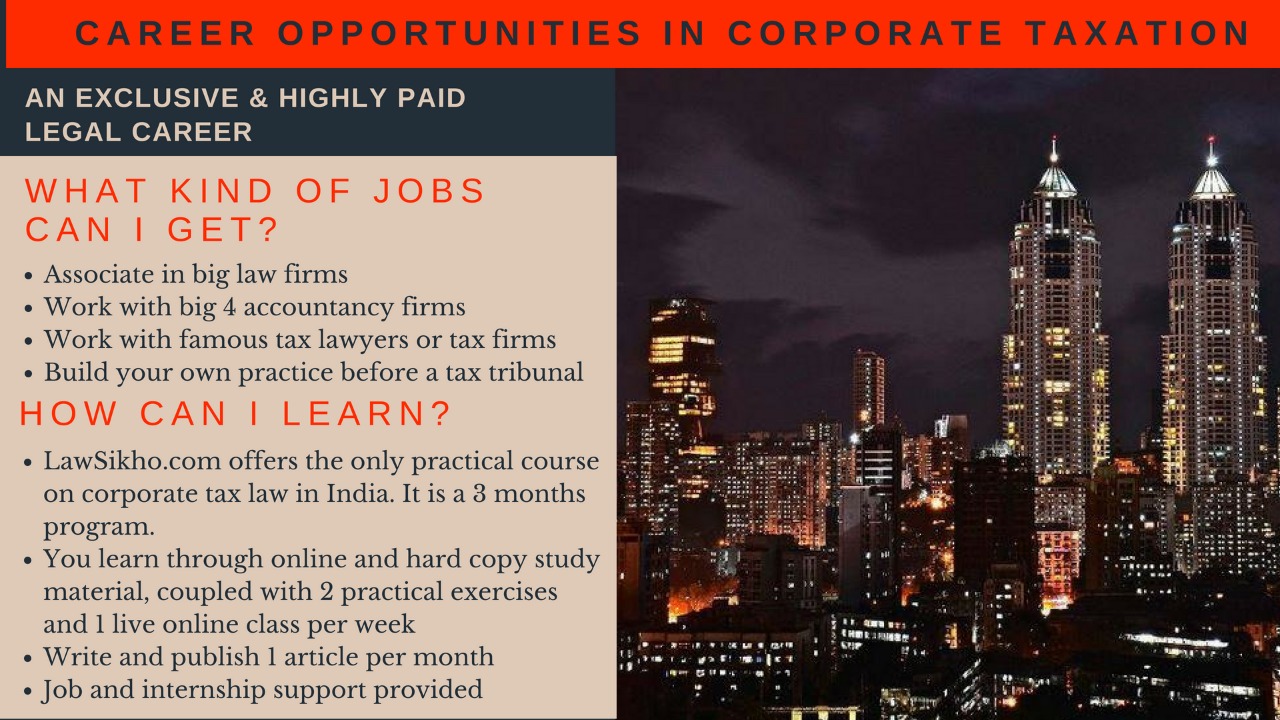 Chapter VI A of the Income Tax Act, 1961 provides for certain deductions that can be used to reduce gross total income. To claim such deduction the expenditure or investment should be made before 31 March. The date of making such expenditure or investment has been deferred to 30 June 2020 or such other date as may be prescribed from time to time. The reason behind this is that assesses should not suffer the loss of deduction due to lockdown.

Section 10AA of the Income Tax Act, 1961 specifies deductions that can be claimed by taxpayers for setting up the business unit in SEZ. The deduction in this provision is allowed with the condition that the production of goods or rendering of services should start before 31 March 2020. The ordinance defers the date to 30 June 2020. The benefit of the extension of the date is available to those units which have been issued the letter of approval as per the provisions of the Special Economic Zones Act, 2005 by 31 March 2020.

In the wake of COVID 19 to boost the health infrastructure and for providing necessary funds for research of vaccines for COVID 19, a fund was created by the Central Government. Many people were willing to donate money for the war against COVID 19. This fund was an instrument for such people. To attract more corpus the Government decided to include the donation to the fund in section 80G which provides for deduction in gross total income for the donation made. Further, the limit on the deduction of 10 percent of gross total income under the Income Tax Act, 1961 should also not be applicable for donations made to the PM CARES Fund. However, according to section 80G (5D), no deduction shall be allowed under this section in respect of donation of any sum exceeding INR 2000 unless such sum is paid by any mode other than cash.

The Honorable Finance Minister in her budget speech announced the Vivad se Vishwas scheme in which pending litigation matters before courts, tribunals, etc. would be foreclosed by way of settlement as given in the act. Section 3 of the f) Direct Tax Vivad se Vishwas act was amended by way of the ordinance which provides that, if a taxpayer opts under the Act for withdrawal of appeals then the taxpayer is required to pay 100 percent of the disputed tax if paid by 31 March 2020 and for further delay after 31 March 2020 then 110 percent of the disputed tax is payable. Under the Ordinance 2020, it is provided that an additional 10 percent amount shall not be payable if the amount is paid by 30 June 2020.

After the introduction of the Goods and Services Tax (“GST”) many indirect taxes were subsumed by the GST. The COVID 19 pandemic has affected many businesses and not to burden more with GST compliances certain relaxations have been provided by way of this ordinance.

The Ordinance inserts a new provision in the Central Goods and Services Tax Act, 2017 (“CGST Act”) to empower the Government on the recommendation of the GST Council to extend the time limit for compliances which cannot be completed or fulfilled due to force majeure by way of suitable notifications from time to time. In this manner, the Government by taking into account the situation of the pandemic can provide relaxations as to payment of taxes and filing of returns under GST.

The Union Finance Minister in her budget speech of 2019 introduced an amnesty scheme to clear the dues of customs, central excise, and service tax laws that were disputed before various courts and tribunals. This scheme provided for settlement of the disputes and certain time limits were prescribed. The following time limits have been extended –

Impact of the ordinance

The ordinance comes at a time when it is most needed. Businesses have been crippled due to nationwide lockdown. The taxpayers will now get enough time to comply with all the compliances. The adverse impact will be on revenue and the tax department, the planning of assessments and searches will take a toll and provide a window for dishonest taxpayers to plan. The taxpayers will benefit from an extended time limit to make investments until 30 June 2020 for claiming deductions under section 80C (Provident Fund, Public Provident Fund, LIC Premium, etc.], 80CCD (investment in New Pension Scheme], 80D (medical insurance premium, etc.), 80G (Donation), etc. under Chapter VI A of the Income-tax Act, 1961 from total income for the financial year 2019-20. Further, the time limit of donations has been extended up to 30 June 2020 for claiming deduction under section 80G of the Income Tax Act. The donation made up to 30 June 2020 should also be eligible for deduction from the income of the financial year 2019-2020. Thus, any person paying concessional tax rate on income of the financial year 2020-2021 under the new regime can donate PM CARES Fund up to 30 June 2020 and can claim deduction u/s 80G against income of FY 2019-2020 and shall also not lose eligibility to pay tax in concessional taxation era for the income of FY 2020-2021.

The provision of promulgating the ordinance has been created in the Constitution of India for the emergency passing of legislation when parliament is not in session. The COVID 19 pandemic led to countrywide lockdown which indeed created hardships for business to reduce the burden the ordinance was promulgated will certainly provide some relief, both to the department as well as taxpayers, in complying with the provisions of various tax laws. The taxpayers are the backbone of the country and this ordinance proves the intent of the Government to support taxpayers in the time of crisis.