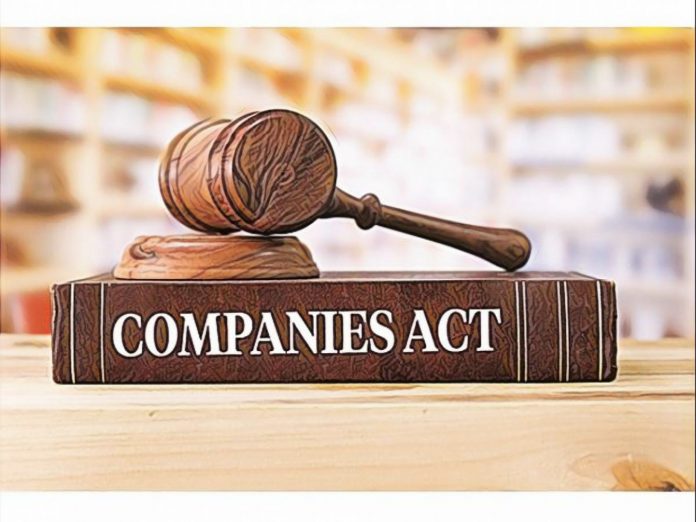 This article is written by  Taniksha Gupta pursuing a Paralegal Associate Diploma at Lawsikho. This article has been edited by Ojuswi (Associate, Lawsikho).

The directors are in charge of a company’s well-being as well as, the firm’s and shareholders’ concerns. Directors are essentially fiduciary officials who have obligations to the corporation. The company’s shareholders appoint directors to manage the company’s activities to the greatest advantage of the stakeholders. The legislators have ensured that directors’ powers and responsibilities are protected to the fullest extent practicable. It uses a combination of regulation and punishing actions. There is also a specific provision for dismissals of directors in certain instances.

The dismissal of an individual for appointment as a director in a company is described in Section 274 of the Companies Act, 1956. The above-mentioned section has been replaced by Section 164 of the Companies Act, 2013 due to the ambiguity in the previous provision. The new provision has made the necessary amendments, and now all such disqualifications apply to both public and private companies. The author of this article discusses the legal uncertainty that existed over the nomination of an individual as a director while current directors were being disqualified.

A director can be disqualified for any of the following reasons under company law:

“a person shall not be capable of being appointed as director of a company, if such person is already a director of a public company which, –

(A) has not filed the annual accounts and annual returns for any continuous 3 financial years commencing on and after the first day of April, 1999; or

(B) has failed to repay its deposit or interest thereon on due date or redeem its debentures on due date or pay dividend and such failure continues for one year or more.

Provided that such person shall not be eligible to be appointed as a director of any other public company for a period of 5 years from the date on which such public company, in which he is a director, failed to file annual accounts and annual returns under sub-clause (A) or has failed to repay its deposits or interest or redeem its debentures on due date or pay dividend referred to in clause (B).”

There are two points of view here as well. According to one viewpoint, because the corporation has been in default for a year, any person chosen as a director will be instantly disqualified. Another point of view is that new directors engaged after just a year are not debarred. The second viewpoint is backed by the Rules, which declare unequivocally that anyone who served as a director during the pertinent year, from the due date to one year beyond the due date, is disqualified. The latter perspective is supported by the finding that if no one else can be selected as director, who will fill the void? How will the company be revived? Moreover, the new directors had not previously served as directors of the failing firm on the given deadline of default or inside the one-year period permitted.  Furthermore, no director would ever have been disqualified if the first viewpoint was right.

The following is an excerpt from the applicable clause under the aforementioned sections:

(a) has not filed financial statements or annual returns for any continuous period of three financial years; or

(b) has failed to repay the deposits accepted by it, or pay interest thereon or to redeem any debentures on the due date or pay interest due therein or pay any dividend declared and such failure to pay or redeem continues for one years or more,

shall be eligible to be re-appointed as a director of that company or appointed in other company for a period of five years from the date on which the said company fails to do so.”

Section 167. “(1) The office of a director shall become vacant in case—

(a) he incurs any of the disqualifications specified in section 164;”

It should be observed that Section 164(2) corresponds to Section 274(1)(g) of the Companies Act, 1956, which stated that a person could not be the designated director of a company if he or she is already a director of a listed corporation that has not submitted the Annual Accounts or Annual Return for any three consecutive financial years beginning on or after April 1, 1999.

All corporations, regardless of their classification or position, are subject to disqualifications under section 164(2) of the Act. In supplement to the mandated disqualifications given by the Act, private firms may include any other prohibition in their articles. In addition, when it comes to the applicability of Section 164(2) to private firms, it is worth referring to the Ministry of Corporate Affairs’ circular of June 5, 2015, which clarifies the portions that are exempt in the case of private enterprises.

Section 164 also specifies the form of disqualification that prevents the individual from being nominated or re-appointed as a Director. Section 167, on the other hand, specifies the instances under which a current director will be naturally removed from the board of directors of any company (regardless of whether it is private or public). Any of the disqualifications envisaged under Section 164 is one such event.

One of the issues before the Hon’ble bench in the above-mentioned case law was “whether the disqualification set forth in Section 164(2)(a) r/w 167(1) (a) of the Act 2013 has a retrospective effect or not”;

In this case, several writ petitions were filed. The petitioners were the directors of different companies who have been declared disqualified to continue as Directors of those companies under Section 164(2) of the Companies Act. The petitioners argued that the aforementioned part violated sections 14 and 19(1)(g) of the Indian Constitution, which guarantees equality and freedom of trade and enterprise, respectively. The Court dismissed both aforementioned objections to the legality of section 164(2) of the Act. Furthermore, because the disqualification under section 164(2) was spontaneous by application of legislation, the principle of “audi alteram partem” does not operate in such circumstances (save for the purpose of determining facts).

The disqualification is one of the grounds for a director’s role to become empty in all of the firms where he serves as a director. It is important to remember, however, that such a vacation of appointment will take effect immediately after the director has been disqualified. There is a lot of misunderstanding about section 274(1) (g). More confusion has been created by the Companies (Disqualification of Directors u/s 274(1)(g) of the Companies Act, 1956) Rules, 2003. To clear up the above-mentioned problems, the Company Law Board was asked to issue clarifications as soon as possible.

Despite the fact that the said section 164(2) was notified with effect from 01.04.2014, the disqualification shall be regarded if a company in which an individual is carrying a role of directorship fails to file financial data and annual returns, and certain individuals as director must therefore be disqualified from being assigned as director in any other company, and his seat shall be vacated in all the organisations in which he is a director in terms of Section 167 (1) (a) of the Act.

Section 164 of the Companies Act, 2013 removes some uncertainty that existed in Section 274(1)(g) regarding director reappointment in the same company, which has now been clarified. Although the maximum provision has not been altered, there are significant implications for disqualification in the case of a private company. Disqualification for nomination as a director of a private firm has also been tightened.

A company is an artificial person created by law