This article is written by Khushi Sharma, currently pursuing B.A.LLB (Hons) from IIMT and School of Law, IP University. This is an exhaustive article which deals with the opinion of the examiner of the electronic evidence under the Indian Evidence Act, 1872.

All of us know what importance does the Indian Evidence Act, 1872 hold under a trial, which also has a pre-occupied impact on the minds of lawyers or any other legal person. This Act gives a prominent existence to all the facts and pieces of evidence affiliated with the crime scene which is considered to be amongst the main components governed by the said Act. Coming to another crucial part of this Act, which is the “Opinion of Experts”. Evidence Act helps to bring in a frame the opinion of experts which may be pertinent for a case to rely on and also sticks some kind of evidentiary value to be favoured from such opinions. Further opinions can be pellucidly divided into the experts like- Handwriting expert, Foreign Law, Science and Art and Electronic evidence. Such opinions are governed by the Indian Evidence Act from Section 45 to 51 (inclusive of Section 45A and 47A). In this article, we will deal with all such aspects of the “Opinion of examiner of the Electronic evidence.”

There is no actual definition provided for the experts under the Evidence Act but, it explains that an expert is any person who is skilled in a particular subject and has extraordinary knowledge about the same subject matter. The court seeks the opinion of such experts on the matters which are important to be referred by them.

The definition of expert and their function were laid down in the case of State of Himachal Pradesh v. Jai Lal and Ors, 1999, it was held by the Supreme Court, that:

The real function of the expert is identified through the case of Titli v. Jones, 1933, in which it was held by the Court that the expert has to put together all evidence and facts; and analyse them to derive a required conclusion which will serve as an advisory character.

As discussed above, the expert is any person who has specialised knowledge or experience in any particular subject matter. When such an expert is called by the Court to give their opinion on certain subject matters in which they specialise; the opinion for the same is considered as “Expert Opinion”.

The opinion of the examiner of electronic evidence

Examiner of the electronic evidence

An electronic form of evidence means any piece of evidence which is crucial for the case and is transmitted or is contained in any digital form like a digital cell, videos or audios. A person who has the required knowledge or has specialised experience in the subject of technology and who evaluates the same is considered to be the examiner of electronic evidence.

Explanation to  Section 45A

Section 45A explains about the opinion of the examiner of electronic evidence. When the court has to form an opinion about any evidence which is contained in digital form like in videos or audios etc; then the examiner of the electronic evidence may be referred to, as an expert through Section 79A of the Information and Technology Act, 2000. Any information which the examiner concluded to, in the case will be considered as relevant under this section. This section can be further understood through some illustrations which are as follows;-

Requirements and importance of the expert opinion

The requirements for such experts depends upon three main points for being admissible in the court which is as follows:

Further, the reason why the expert opinion is important because in some cases the court requires extensive specialised knowledge which may not be contained with any legal person; that is why the opinion of experts forms a subjective point of view with the presence of qualified experience and practice that will serve as an advisory character in the case.

Section 79A – Information and Technology Act, 2000

The Information and Technology Act, 2000 deals with all the rules and regulations while contracting through the internet or using any type of technology. It also lays down the punishments regarding all the digital crimes committed. All the e-contracts and agreements are contracted and governed through this Act. Section 79A of the IT Act, 2000  mandates the Central government to notify the examiner of the electronic evidence of any department or authority through the official gazette to be required as an expert in the court.

A detailed scheme document is provided and all the eligible people can apply for the same through filling the form and after the selection and notifying process, an expert will be provided to the court.

Evidentiary value of the examiner as an expert

Therefore, we can conclude that the evidentiary value of the expert is not like other witnesses. They play an advisory role and their opinion is not bound to the Court.

It was held in the case of Murari v. State of Madhya Pradesh, 1979, that nothing by the expert shall be denied on the account that it was not corroborated. If the expert claims something, the court needs to corroborate it to a certain degree. Taking the opinion in full regards is the court’s own decision but a certain amount of it must be corroborated to increase the understanding of the technical part of the case.

It was held by the Court in this case that to make the expert opinion admissible, it is necessary to hear out the expert. The reason why it is crucial to hear the expert out because it is pertinent and a requirement of the case to have extended technical knowledge and specialised experience to judge some aspects of the case.

It was held in this case as the electronic evidence is more susceptible to tampering, disposition or excision. The electronic document so produced firstly needs to be presented in regards to Section 65(b) of the Evidence Act. After being approved through this section, only then the electronic record can resort to the examiner or the expert.

It was held in this case that the proof of electronic evidence should not be given in an oral form and if the proof is given in the same, it shall not be sent to the examiner or expert for further opinion.

In this article, we got acquainted with all aspects of the examiner of electronic evidence as an expert. There is a proper and translucent system for the appointment of such an expert. Section 79A makes it mandatory for the Central Government to notify all the departments for appointing the expert. Once the expert is appointed, he examines the evidence and gives opinion accordingly. The Court is not bound to accept the opinion and use it for the final judgement or to prove the accused guilty just by the opinion of the expert. The opinion plays an advisory role and it is a subjective view for the technical portion of the case which overlooks the fact-testimony.

Though the opinion of the expert plays an important role but still not so crucial that the whole judgement will depend on their opinion only. The opinion of an expert is a subjective point of view that will be helpful for the Court as it is not jacked with favouritism for any particular party but relies upon all the technicality of the subject matter. We came to know about another important pillar of expert opinion i.e. if the electronic evidence is not admissible in the court it will not resort to the examiner for the opinion. Evidence Act thus has made it easier for us to understand the major aspects of a trial and also is a vast statute which provides various clauses to make a case decided fairly. 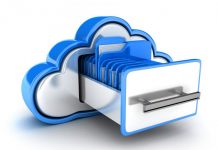 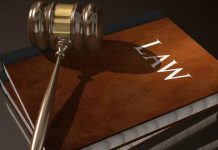 The cogency of dying declaration 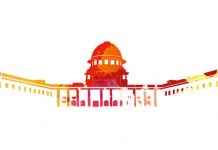 Evidentiary value of confessional statements under the Prevention of Money Laundering Act, 2005