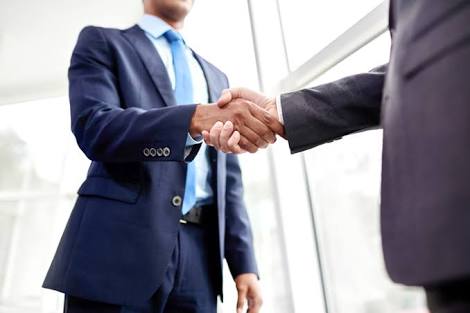 In this article, Himanshu Sharma, Diploma in Entrepreneurship Administration and Business Laws from NUJS, Kolkat discusses the enforceability of oral agreements under the Indian Law.

For the sake of clarity, a Contract is a formal process and can be either written or verbal. Agreements can be seen as a prior stage to contract which are often less formal but have the potential to be made formal once the elements of a contract are in place. So, you could agree to help a friend in building his home, but it is still not a contract unless both the parties agree to several other elements of a contract. In a contract governed by law, consideration plays a crucial role so let’s continue by discussing the scope and variants of agreement dealt under the Indian contract act.

Essential elements of a valid contract

What makes an Agreement valid is the first thing to discuss. The process of making a valid agreement starts from statutory provisions given in Indian Contract Act.

Under Section 10 of the Act, it is stated that – All agreements are contracts if they are made by the free consent of parties competent to contract, for a lawful consideration and with a lawful object, and are not hereby expressly declared to be void.

So from this section, we can conclude the following necessary things for making an Agreement a valid contract:

By fulfilling these 4 necessary requirements, an agreement becomes a contract under Section 10 of the Act. Hence it can be understood that an agreement plus the essentials tabled in Section 10 will deem the contract valid. Section 2(e) of the Act says that an Agreement is defined as “every promise and every set of promises forming the consideration for each other“.

When a person makes an offer to another and that offer is accepted by the other person that offer becomes a promise and we have already discussed the definition of an agreement above.

This means the offer is a starting point for making an agreement. The important part which we have to emphasize upon is how such offer is communicated. Section 3 of the Act discusses this point and in brief, it is said that a communication of an offer can be made in any way which has the effect of showing the willingness of the person who is offering. Such communication could be made through the mouth, or writing, or even by the conduct. This type of offer which is communicated through mouth or writing is called ‘express offer’.

This is also mentioned under Section 9 of the act that where the proposal or acceptance of any promise is made in words, the promise is said to be express. And when such offer to whom is communicated comes to his or her knowledge and also signifies his assent to that place, the offer is said to be accepted. After its acceptance, it becomes a promise.

Judicial recognition of an oral agreement

When an oral agreement is found to fulfil certain essentials, their submissibility the court cannot be questioned.

On the validity of oral agreements while dealing with several cases the courts recognised the acceptability of oral agreements once they were found to be fulfilling the essentials provided in section 10. As we see in the case of Alka Bose vs. Parmatma Devi & Ors [CIVIL APPEAL NO(s). 6197 OF 2000], the Supreme Court by coming to the conclusion of the case observed that how oral agreements are valid. A sale agreement can be oral also and valid. It is not necessary that agreement should be written, what is more important is that it should be within the ambit of Section 10 of the Indian Contract Act. All oral and written agreements will be valid if they fulfil the conditions specified in Section 10.

Then in the case of Sheela Gehlot vs. Sonu Kochar & Ors 2006(92) DRJ 498 Delhi High Court observed that oral agreements are valid and enforceable and there could be no dispute about it. Until there is anything which needed to be written, an oral agreement will enforce. Further for a contract, there has to be some proposal and acceptance. And for the oral agreement, there should be some circumstances surrounding the alleged oral agreement. No one can question the oral agreement as invalid.

In the case of Y V Narasimha Sarma vs. Soorampalli Appalaraju 1988 Civil (A.P) Court Appeal No. 887 of 1982 held that it is not necessary that a contract should be written only, an oral contract is also valid. Under section 54 of Transfer of Property Act, an oral sale of a contract is true and valid. It is upon the plaintiff who has filed the case to prove that oral agreement is true. He has to show a true evidence in support of his contention. It is true that written contract has some valid authenticity, but if there is some oral agreement of sale, one has to prove it with sufficient evidence. Court also has to scrutinize the matter very carefully to come to any conclusion.

Then in the case of T Jayaram Naidu vs. Yasodha and Ors 2007 C.M.P.No. 1538 of 2006 Madras High Court, the case was for relief of specific performance. The court by referring Section 10 of the Indian Contract Act said that even oral agreement for sale is valid and also enforceable through court. The main point is that the burden of proof lies on the person claiming the right to prove the existence of such agreement. In this case, appellant failed to establish that there was an oral agreement. It is necessary that for proving the existence of an oral agreement, a person should have some evidence to prove it, whether by a witness or anything. Appellants also failed to furnish the date of oral agreement on the reply notice which was sent by them to the respondents. This could have been the evidence but appellants were unable to do so. Hence it is held that there was no oral agreement.

Oral agreement enforceable letting onus of proof on the claimant

Judicial pronouncements on the burden of proof

In the case of S.V. Narayanaswamy vs. Savithramma 2013R.F.A.No.1163 of 2002 c/w R.F.A.No.1164 of 2002 Karnataka High Court, appellant successfully proved the existence of an oral agreement. The appellant filed the case for specific performance of sale agreement. The sale agreement was oral in nature. Appellant showed the cheques given by the respondent for the consideration of the subject matter. Respondent willfully acted towards the agreement. Even from the witnesses who were examined, it was clear that there was an agreement between the appellant and respondent. After considering the shreds of evidence produced by the appellant, the court held that there was an oral agreement between the two. The cheques were shown as an evidence that entire considerable amount was paid. This clearly proves the oral agreement.

In an interesting case, Supreme Court gave out an observation towards oral agreement with regard to Section 70 of the Indian Contract Act, Food Corporation of India vs. Vikas Majdoor Kamdar Sahkari Mandli ltd 2007 MANU/SC/4367/2007, is the case where such observation is made. Apex court said that if an oral agreement is pleaded before the court but is not proved, the person will be entitled to compensation under Section 70 of the act as Principle of quantum meruit. This principle means when the work is done beyond the contract and the benefit of the work has been availed of by the defendant. For an instance, a salesman has delivered the goods of B to C by default and C has enjoyed the benefits out of those goods. Then C has to compensate B for that benefits.

In the end, it can only be said that if agreements are in oral form they are still enforceable but isn’t something recommended widely when the contract deals with major transactions and governs relations between big legal entities such as big business houses, etc. Even if such oral agreements have already been made the claimants can prove the presence of essential elements of a contract and by providing the admissible proofs the claimant can still avail the justice as justice must not be denied on the mere ground of unavailability of a written agreement when substitutionary pieces of evidence support the claim of an appellant.