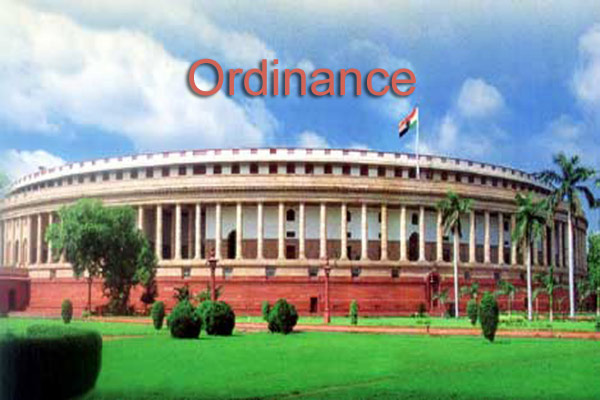 In this blog post, Shubham Khunteta, a student of National Law University Odisha, Cuttack, discusses about Ordinances- from its promulgation, repromulgation and validity, to its relevance, advantages and disadvantages in independent India. 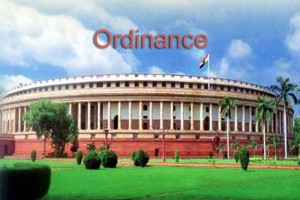 There are times when some temporary law is required to be passed with the objective of accessing and gaining some power over an area and regulate it immediately. Due to the parliament or state legislature not being in session at that particular time, such legislative powers are required to be exercised as a matter of urgency by some other competent authority such as the President, as the head of the Union. Furthermore, this power to promulgate an Ordinance conferred on the President is co-extensive with the power of Parliament to make laws and the President cannot issue an Ordinance which the Parliament cannot enact into a law.

Ordinance-making power is not a new feature added to the Indian Constitution. Articles 42 and 43 of the Government of India Act, 1935, gave equivalent powers to the Governor General. Members of the Constituent Assembly, having experience of misuse of such power, were justifiably cautious while including the same in the Constitution. Both Hriday Nath Kunzru and Professor K.T. Shah called for restricting the executive’s power to promulgate ordinances through greater oversight by legislatures. They were, however, overruled by Dr B.R. Ambedkar, who stated that ordinance-making powers were indispensable since the existing law at any time, might be incapable of dealing with a situation “which may suddenly and immediately arise”[1]. According to him, the only solution was to “…confer upon the President the control to promulgate a law which will assist the executive to deal with that particular situation because it cannot resort to the ordinary course of law…” when the legislature was not in session.

Ordinances can be said to be the fruits of executive power of law-making. As we are aware that the Parliament consists of the Lok sabha, the Rajya Sabha and the President, where President is the ultimate signatory to any bill passed by the Parliament to make it an Act, similar is the case with an Ordinance issued by the Government which needs to be signed by the President before it can be effective as law.

Issue of Ordinance and its Conversion into Law 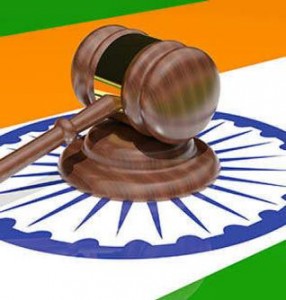 Ordinances are issued by the Central government and the State Government concerning matters they have the power to deal with. These ordinances have to be signed by the President[2] and the Governor respectively to promulgate it or give it the enforcing and implementing power of the law, but the Governor shall not, without instructions from the President, promulgate any such Ordinance if-

(a) A Bill containing the same provisions would under this Constitution have required the previous sanction of the President for the introduction thereof into the Legislature; or

(b) He would have deemed it necessary to reserve a Bill containing the same provisions for the consideration of the President; or

(c) An Act of the Legislature of the State containing the same provisions would under this Constitution have been invalid unless, having been reserved for the consideration of the President; it had received the assent of the President[3].

Validity of the Ordinance

Ordinance passed by the executive has the same effect as that of an Act passed by the Parliament under Art 123(2) or a state legislature under Art 213(2). After this conclusion, the next question that arises is – Whether an ordinance can be struck down on the ground of non-application of mind or mala fides or that the present circumstances didn’t warrant the issue of the Ordinance?

The answer to the question was given by the Court in A.K. Roy v. Union of India[4] that the legislative power is subject only to the limitations prescribed under the Constitution and no other. So, if any law is passed by legislature which it is not competent to be so passed and which is violative of Part III of the Indian Constitution, it is ineffective.

As an Ordinance stands on the same footing as that of an act of the Parliament, an ordinance should be arrayed with all the attributes of an Act of legislature, carrying with it all its incidents, immunities and limitations under the Constitution  There is however, a limitation to the aforesaid power wherein it is laid down that every such Ordinance promulgated by the President must be placed before both the Houses both its approval and that it would cease to operate at the expiration of six weeks from the re-assembly of the Parliament or if before the expiration of that period a resolution disapproving it is passed by both the Houses.[6] Similar is the case with an Ordinance passed by the State Legislature.

When can ordinances be issued?

As already stated above, an ordinance is temporary law, which requires to be approved by the Parliament or a State Legislature, as the case may be, within 6 weeks of the reassembly of legislature. Such temporary laws which are passed to maintain flexibility in the affairs of public importance at the time of emerging, extraordinary and immediate need for the passage of such law are called Ordinances and they have the same effect as that of an Act passed by the Parliament or a State Legislature. The question that arise now –

What is the ambit of ‘extraordinary, immediate need and urgency’ to promulgate an ordinance by the Executive bypassing the Parliament and a State Legislature? 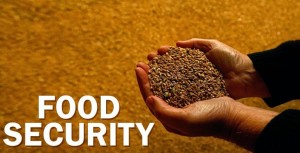 This Ordinance was promulgated with the objective to guarantee food and nutritional security and providing certain minimum foodgrains at the rate of Rs 1-3/kg to around 75% of the rural population and 50% of urban population and to provide cash in case the state fails to ensure such food supply. Since the Parliament was not in session to pass an Act, thereby it was taken to be an immediate need to provide food to the swarming millions of people by the promulgating of this ordinance.

This ordinance was promulgated to bring into existence TRAI with the objective as stated by the Minister in parliament being, “… we were facing difficulties in attracting private investment without an authority like the TRAI. Private investors… were not convinced about our ongoing processes of privatization and liberalization.” Important as it is to send out a signal of commitment towards a particular government policy, in this case liberalization of the telecommunications sector, it is hard to make the case that had immediate action by promulgating an ordinance. Had this action not been taken, private investment in the telecommunications sector would never have happened.[8]

The Securitization and Reconstruction of Financial assets and Enforcement of Security Ordinance (SARFAESI), 2002:

The then Minister for Finance and Company Affairs said one factor that forced the promulgation of the ordinance was the time that was being taken by the Standing Committee concerned to finalize its views on the Bill.

This was because various committees had recommended that such a tribunal be established, and as “…huge revenue is blocked in litigation because of pendency of appeal and reference is before the High Court, which has adverse effect on the national economy”.

It was promulgated to meet a deadline imposed by the Delhi High Court[10] and to make provisions for validation of certain action taken by the central government for public purpose. 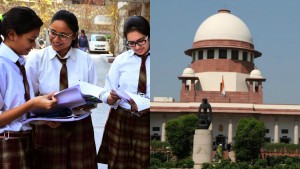 This ordinance was issued to overturn the Supreme Court order of conducting national level medical test for admission in reputed medical colleges from July 2016 and to defer such test to the year 2017 so that states can have a 1-year preparation period beforehand and students don’t get affected with such immediate conducting of the tests. The ordinance was promulgated on 24/5/2016[12].

The Delhi High Court, in the case of Gyanendra Kumar and Anr. v. Union of India[13] and Ors, held that the repromulgation of ordinance by the government does not smack off unconstitutionality due to the following reasons-

The Supreme Court in the DC Wadhwa case[15] observed that the power of a governor under Art. 213 to re-promulgate an ordinance is same as that of the President. However, while resorting to such emergency powers exercisable under Art 123 by the President and under Art 213 by a Governor, it can’t take-over the law making function of the Parliament and a state legislature respectively as that would be clearly subverting the democratic process that lies at the core of our constitutional scheme.

The aforesaid observations came to be recorded by the Supreme Court in view of the fact that an ordinance has to be replaced by a Bill which is to be introduced before the Legislature for its debate and then accepted and that without resorting to the said procedure if the Government resorts to the power of re-promulgating the Ordinances without bringing a bill in the House, that would amount to the executive taking over the law-making-power which is only vested in the Legislature and would therefore, amount to fraud of constitutional power[16].

2. It is commonly used to meet the deadline set by the courts for certain implementations and defer certain diktats of the court like the recent NEET Ordinance, 2016 so as to avoid inconvenience and give relief to the states for certain period, but it should not be used to send a wrong message about the country’s democratic bearings as unilateralism needs no time to convert into authoritarianism.

3. The conferment of such power may appear to be undemocratic but it is not so, because the executive is clearly accountable to the legislature and if the President, on the aid and advice of the executive, promulgates an Ordinance in misuse or abuse of this power, the legislature can not only pass a resolution disapproving the Ordinance but can also pass a vote of no confidence against the executive.[17]

Disadvantages of an Ordinance

This power exercised by the executive sometimes seems to be indispensable to meet the deadline as required and to restrict the judicial interference on the executive acts so as to not allow judiciary to narrow the scope of separation of powers. Sometimes it is used to meet one’s political ends by intimidating and browbeating the political opposition, which was not the objective of the founders of the constitution of incorporating such provision in the constitution.

Therefore, it should be judicially reviewed if such need arises as was done in the D. K. Basu case[18] and the Krishna Kumar Singh case[19] where large number of ordinances promulgated and repromulgated again were struck down by the Supreme Court as no explanation was provided for promulgating the ordinance. So the Executive needs to strike a balance and has to be wary of the side effects of the ordinance on Part III of the Indian constitution and democratic setup of the country.

[7] Booz Allen and Hamilton, “ Foreign Legal and Regulatory landscape: Its effect upon the development and growth of e-commerce” pg. 41-42