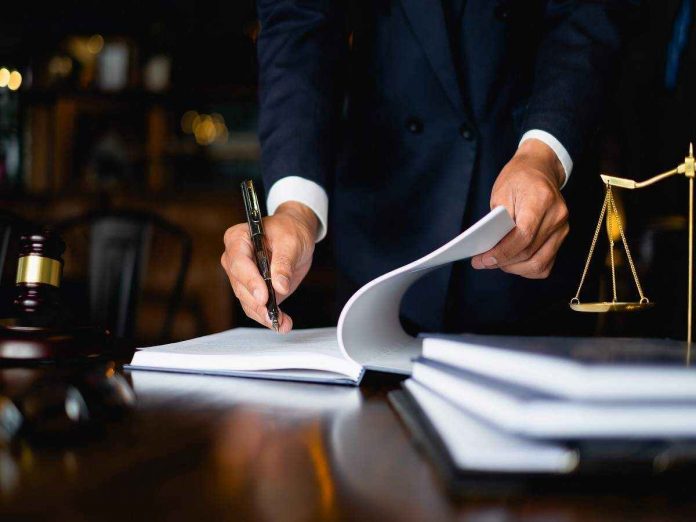 This article has been written by Mollshree Pareek.

“To go green a bank should cover the roles of a preservationist, conservationist, in addition it should play the role of an eco-auditor, to assess the environmental impact of its business activities”.

“Go green” is the motto of contemporary times. One can observe numerous awareness campaigns and drives launched by the government and non-government organizations w.r.t. environment protection and conservation. In addition to environment protection, it is essential for the organizations to work for the welfare of society and hence, direct their activities in such a manner that public welfare is taken care of. In the wake of the same, it is essential to comprehend the role of banks w.r.t. the mentioned goal and initiative.

In common parlance, banks are considered just money-spinning machines and hence commercial to the core. However, it is to be noted that the role of banks in the present times can no more be restricted or limited to the conventional role associated with them. Therefore, it is imperative to understand and study the role of banks in fostering/ promoting green banking and social banking. In accordance with the topic, this manuscript deals with the concepts of green banking and social banking.

Banks are considered to be one of the commercial institutions for earning maximum profit. In common parlance, the role of banks is limited and restricted to lending, borrowing, profit maximization. However, there are several aspects of banking and finance. These aspects are varied and diverse in nature. In contemporary times and during the pandemic of COVID-19 banks have to be more than just money-spinning machines.

There are various methodologies available in order to conduct research. One of these research methodologies is the doctrinal research or armchair research which has been applied by Max Weber in his writing “Bureaucracy”. Next is a participant observation which has been done by Perveez Mody in her writing “The Intimate State – Love marriage and the law in Delhi”. The ethnographic research methodology has been used by Akhil Gupta in his essay “Blurred Boundaries: The Discourse of Corruption, the Culture of Politics, and the Imagined State, James C. Scott in his essay Cities, People and language uses the archival mode of research and it has also been used by Michel Foucault in his book “Discipline and Punish – The birth of the prison”.

Background and evolution of green banking and social banking

No research paper is complete without background and history of the concerned topic. This part of the research paper also discusses the history and evolution of social banking and green banking. In short this part will focus on the following point:

The concept of social banking has passed through various stages and versions. The era of social banking in India is said to start in the year 1969. As in the year 1969, all the commercial banks were nationalized with the motto of allocating funds to the deprived sections of society. This was done in order to eradicate regional imbalances, monopoly of commercial banks and private houses.

To be precise the evolution of social banking can be divided in three phases, which are as follows:

In the year 2006, a committee was formed with Mr. C Rangarajan as the chairman. This committee majorly worked on the concept of financial inclusion. Financial inclusion means “process of ensuring access to financial services and timely and adequate credit where needed by vulnerable groups such as weaker sections and low income groups at an affordable cost”.

As per the reports of this committee to funds of Rs.500crore each were created along with NABARB for financial inclusion. Under the National Rural Inclusion Plan, banks were asked to provide primary facilities to village areas having a population of more than 2000.

The concept of green banking was developed keeping in mind the sustainable development goals. The inception of this concept dates back to the case of Triodos bank (Dutch origin), established in the year 1980. This bank was the first to realize that banks can also play a part in environmental conservation and protection. In the wake of the same, the bank had introduced a novel product named ‘Green Funds’ in the year 1990. This initiative of the bank was considered to be remarkable and historic across the globe.

The project of green banking was undertaken officially in the year 2003 w.r.t. environment protection and conservation. Afterwards, the Equator principles were introduced, these principles were adopted by a number of banks such as; Citigroup Inc., Bank of Scotland. In the year 2009, the Green Bank Act was introduced in the United States of America. In the initial phases, the primary focus of green banking was to reduce the usage of paper in banking activities in order to curb deforestation.

Meaning and concept of green banking and social banking

The development of social banking is concatenated to the social responsibilities of all the organizations irrespective of the primary duty undertaken by them.

Theories of Banking and The Emergence of Social Banking

Several theories are related to the concept of social banking. These theories can be further classified into the following:

This theory dates back to the period before the industrial revolution. At that point of time, banks were just considered to be money lending and borrowing institutions. The sole role of banks was related to the financial aspect and nothing more than that. In brief it can be stated that banks were like any other businessman whose sole accountability was w.r.t. financial activities.

The transformation from classical to modern theory had been possible because of a number of economists namely, Neil Chamberlain, John M Keynes, John Robinson, Keith Davis, Peter F and George F Steiner. These thinkers argued that banks should act as ‘change’ agents and ‘catalyst’ of progress. As per this theory, the banks were supposed to change their functioning conceptually and qualitatively.

This theory deals with the role of banks in protecting the environment and shall be dealt with in the later parts of the manuscript.

To quote, “It is nothing but an attempt to combine the operative improvement, technology and thought provoking client habits in the business of banking.” In simple words, green banking means the adoption of environment-friendly practices and reduction of carbon footprint w.r.t. banking activities. As has been mentioned earlier, the prime reason for the development of green banking is the emergence of the theory of social awareness. Neil Jacoby and Prakash S. Jethi are the two prominent thinkers who advocated the theory of social awareness. Kumara Raj once stated that the social obligation of banks is inevitable in contemporary times. There should be some sacrifice on behalf of the banks, this sacrifice must be from the profit earned by banks and accordingly, the banks should utilize the same for the welfare and protection of the environment.

Prime reasons for the emergence of green banking are as follows:

According to the Happy Planet Index, India is steadily moving towards more and more reduction of carbon emissions. India had secured 90th position in the year 2006, and by the end of 2020, it is expected that carbon emissions will reduce by 20-25%. Thus, it goes without saying that green banking will further help in reducing the carbon-emissions, in relation to the same it is imperative to have an understanding of green products and green services, following is the list of the same:

Banks can offer a high rate of interest to customers who use the online mode of banking activities. This will help in saving paper and hence ensures the protection of the environment.

Green mortgages can be given to those customers who have taken home loans and have adopted eco-friendly and energy-efficient tactics w.r.t. their homes. In fact, the Ministry of Non-Renewable Resource along with certain nationalized and scheduled banks undertook the task of providing loans on lower rates to those customers who have used energy-efficient modes of construction and are ready to opt for eco-friendly devices. These devices are solar energy panels, geothermal heating, etc.

These cards can be used to reduce the carbon footprint of every individual. It implies that cash will be substituted by credit cards and debit cards. Points/rewards are given to customers who use these cards.

It is also known as a Reward Checking Account. As per this scheme, bonus is provided to the customers who are adopting eco-friendly banking activities. This can be done via using online mode for banking transactions, usage of debit and credit cards.

As per this, bills can be paid, funds can be transferred and balances can be checked via a mobile phone. This helps in saving both time and energy for the customers as well as employees of the bank. It also helps in saving paper and other resources which make this practice eco-friendly.

Automated teller machines have become a matter of convenience these days. In contemporary times, these machines can be used for utility payments, pre-paid mobile recharge, credit-card payment, etc.

In contemporary times, organizations have become more conscious of energy conservation and environment protection. In the wake of the same banks have also become aware of the same and have various practices in accordance with the same.