This article is written by Saswata Tewari from the University of Petroleum and Energy Studies, Dehradun. This article talks in detail about the Parliament attack that took place on 13th December 2001 and how India has developed its security management and anti-terrorism laws ever since.

Indian democracy faced a major blowback in the year 2001. The whole nation was shocked seeing the terrorists running around the Parliament in broad daylight. Total chaos had descended on the morning of 13th December 2001. There were at least 100 members of the Parliament present at the time, although no one was hurt.

Background of the whole situation

How the situation was handled

No lawmakers or Cabinet officials were harmed during the gunfight as the Parliament session had just adjourned and most of the Parliament members were inside the main building. All the five terrorists along with eight security personnel and a gardener were killed, and 22 others were injured.

Punishment of the culprits

Enhancement of security in Parliament

The Parliament attacks of 2001 would not have happened if the security measures were kept tight and stringent. The attack revealed that there were some flaws in the security system of the Parliament which needs to be taken care of to avoid any future attacks on the throne of Indian democracy.

Entry to the Parliament complex building is allowed after proper authorisation, verification, identification and authentication of the individuals and their belongings, which is done with the aid of modern security devices.

Parliament Duty Group (PDG) a group of 1500 strong heavily armed troops of CRPF, guards the outer perimeter of the Parliament complex. They are also responsible for the overall security of the complex which includes the main Parliament house, Parliament house annexe, reception office building and Sansadiya Gyanpeeth (library of the Parliament). PDG along with the help of Parliamentary Security Service(PSS) provides security to the VVIPs, MPs and other visitors. National Security Guards (NSG) help them in this task, who are armed with the latest weapons and modern devices and have special emblems on their uniforms.

Special Weapon and Tactics (SWAT) commandos of Delhi and advanced bomb detection units are deployed on every road going to the Parliament complex. CCTV cameras are being used 24×7 for surveillance of the Parliament. Sharpshooters have been placed strategically with an order to shoot intruders.

It is nearly impossible for an unauthorised motor vehicle to enter within the premises of the Parliament. Sensor-based three-foot pillars have been installed that rise from the ground at the main entrances to stop vehicles in advance and in addition to that spikes and tyre deflators have been activated remotely.

The outer perimeter includes electric fencing with armed guards, three physical checks for visitors through metal detectors, and frisking. The Prime Minister, the Lok Sabha speaker, the deputy speaker, the Rajya Sabha Chairman, deputy chairman and leaders of the opposition in both the houses are permitted to drive up to the main entrance of the Parliament. All the other MPs have to walk to the main building of the Parliament, leaving their respective cars in the parking area. The security forces placed at the entry gates have been trained to identify all parliamentarians, their assistants, official reporters, stenographers and clerks. The security clearance for every employee is done regularly with the aid of the Intelligence Bureau.

As the democratic political structure of India was challenged, it was needed to have an enhanced authority to meet the terrorist threats. It was argued that the existing laws regarding terrorism had failed to stop the militants from threatening the Indian democracy on 13th December 2001.

The Prevention of Terrorism Act (POTA) 2002 came into force in June 2002 and was enacted to counterfeit all the militant attacks on Indian grounds. It was made to make the anti-terrorism operations strong in India. The POTA had some relevance to the provisions in the USA Patriot Act. Definitions of terrorists and terrorist activities have been clearly defined in the POTA.

Some of the salient features of POTA were:

Around 800 people were arrested and jailed under the provisions of POTA. The largest number of arrests were seen in the state of Jharkhand. Some 250 people have been jailed under POTA in Jharkhand to control the rising number of Naxalites in the state.

POTA was abolished by the Manmohan Singh Government in 2014. On 17th September 2004, their decision was approved by the Union Cabinet.

One cannot imagine what could have happened if the terrorists were successful in carrying out their plans in the Parliament. Many Parliament members would have lost their lives, several bomb blasts could have happened, several gunfights might have resulted in the loss of lives and a chaotic atmosphere would have set in. All the mistakes and flaws that India has in its security management and its laws need to be rectified. India not only needs strict security measures and security forces placed in the Parliamentary offices but also strict and stringent laws against terrorism to make India secure from all possible forms of terrorist attacks. 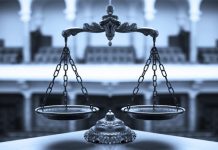 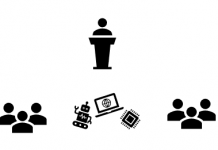 How to draft a copyright assignment