This article is written by Shivam Gupta, from MNLU, Aurangabad.

A system of government can be established but what shape it will take is a matter of great importance for any nation. The outcome of democracy is not confined only to the presence of different ideological groups or can also be called as political parties, but the quintessence of democracy is the successful participation of the person in the actual governance of the nation. The more noteworthy and more compelling the investment of the person in the decision-making process, the more successful the democracy will be because democracy is still just an idea which presently can’t seem to be reached by mankind.

The way for representative democracy was further cleared by the introduction of the Government of India Act, 1919 and can also be considered as a threshold point for the commencement of parliamentary culture in India. After the Government of India Act, 1935 was introduced; people were allowed to vote and choose their representatives in the provinces and hence provincial autonomy was established.

Participatory democracy can be characterized as a framework in which people can actually participate in the policymaking process of the nation. In a participatory democracy, people not only choose their representative to make policies for them but also participate in a series of administrative processes while making a policy. In the case of King & Ors. v. Attorneys Fidelity Fund Board of Control & Anr., the Supreme Court of South Africa noted that public involvement can be in the form of public participation through the submission of commentary and representations.

By way of laws such as Right to Fair Compensation and Transparency in Land Acquisition, Rehabilitation and Resettlement Act, 2013; Airports Economic Regulatory Authority of India Act, 2008; The Insolvency and Bankruptcy Code, 2016, etc. constant efforts were made to achieve more extensive public participation, at every possible opportunity and whenever required, keeping in the view the productivity of administration and rule of law. Apex Court in case of Union of India v. Cyanamide India Ltd. observed that even rules of natural justice are not applicable to legislative action, when the statute bound the authorities with duties and obligations to consult.

The dispute arose because of the redevelopment and modification of the Central Vista which is the highlight and living legacy of Delhi.

On 2nd September 2019, the Central Public Works Department published a notice welcoming offers for the construction work to be done at Common Central Secretariat, Parliament Building and Central Vista at New Delhi.

A synopsis of the objections and suggestions was made and given to the Board of Enquiry and Hearing (hereinafter BoEH). On 6th and 7th, February 2020 hearings were held before BoEH and after having interaction with the public, BoEH found merit in the objection that there is absence and paucity of data in the public domain and recommended that more data should be disclosed in the public domain.

Development Act – Section 7 to 11 which deals with master and zonal planning regarding any development project in Delhi.

Development Rules – Rule 5 which relates to public notice regarding the making of a Master Plan and invites suggestions and objections in writing in respect of the master plan. Rule 6 which prescribes the mode in which notice shall be published as given in Section 44 of the Development Act and likewise should also be published in the official gazette. Rules 8, 9, 10 and 11 which prescribe the mode in which objections and suggestions are to be considered and also deals with the making of the final draft Master Plan.

The issue relates to the government’s obligation to consult and the scope and ambit of the citizen’s right to participate in the administrative exercise.

Arguments of the Petitioner

Arguments of the Respondent

The court held that simply the publication of the gazette notification through which providing the present and the proposed land use was not adequate compliance, but instead, an activity which neglected the express as well as implied duty to do intelligible disclosure and also to provide sufficient information and BoEH acknowledged and accepted lapse and failure in providing the data regarding the project in the public domain and also recommended to disclose and furnish more details. The citizens of the country have the right to know intelligible information about the project which can help them to participate and correctly express themselves in giving suggestions and objections.

The court further held that formative and constructive participation forms the essence of the legislative scheme proposed by the Development Rules and the Development Act and for fulfilment of the same, every possible effort must be made to effectuate the participatory rights to the most extreme degree, instead of reading them down as simple inconsistency or weaken them as useless or not mandated.

The court directed the Central Government/Authority to put intelligible and adequate information on public domain on the web regarding the 6 plots in Central Vista and follow the prescribed procedure mentioned in the Development Act and Development Rules.

Further various observations were made by the court regarding both the elements.

Observations regarding placing information regarding government actions in the public domain

The case highlights the importance of participatory democracy in any democratic nation. It further highlights the importance of the participatory rights mentioned in the statutes that are to be followed irrespective of any reasoning because the object of such acts and rules is to take the public participation into consideration before taking any decision. As the nation is formed from its citizens and they have every right to participate in the decision making process whenever possible and also have the right to know about the decisions taken by its government.

In this regard, the Right to Information Act, 2005 has gone a far way to strengthen democracy by necessitating that the public authority should be transparent and open in its activities. Only then corruption can be curtailed by an informed citizenry and also in this way public authorities will be accountable to the people.

Further from the judgement, it is clear that providing information regarding government actions is necessary for the public domain so that the interconnection between accountability, transparency and democracy can be achieved. In the case of CPIO, Supreme Court of India v. Subhash Chandra Agarwal Justice P.N. Bhagwati opined that participatory democracy is based upon the accessibility of data about the working of the Government. The right to know is a pillar of a democratic State which is necessary for positive content in democracy and it also ensures that democracy does not stay static but becomes a constant process. So if confidentiality is maintained regarding any government action then it must ensure that if such information is disclosed in the public domain then public harm arising out of such disclosure is greater than the public interest. 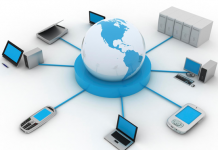 Legal anatomy of the entertainment industry 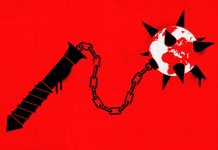 Ideology of liberalism : all you need to know about