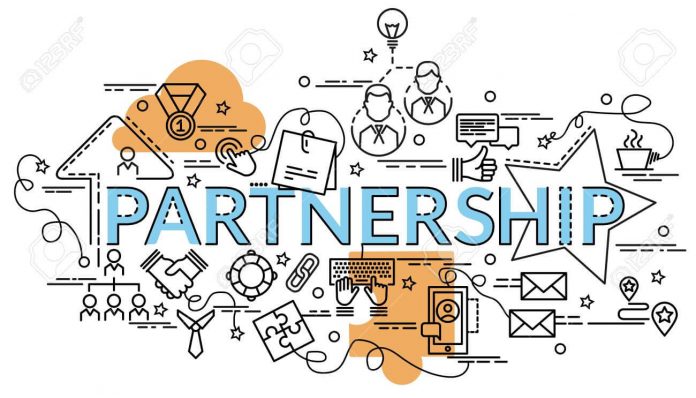 This is how the popular website ‘CNN Money’ described the high-profile partnership agreement between Disney and Pixar.

In January 2006, when Walt Disney announced that it was going to acquire trending animation studio Pixar, it was described via the above punchline. Disney had successfully acquired Pixar in a deal of $7.4 billion with the late founder of Pixar Mr. Steve Jobs becoming a board member at Disney.  In this article, you will get to know about how Disney and Pixar rose individually in the animation sector and how they entered into a partnership agreement where Disney acquired Pixar successfully in a billion-dollar deal.

What is a partnership agreement

An agreement that explains briefly the relationship between the entities and their contributions and obligations regarding such a partnership. In such an agreement, the involved partners take equal responsibility for the debts that would result in the organization’s name. It contains all the clauses which are drafted in order to deal with disagreements and problems that could arise in the future. Having a partnership agreement helps the business entities to identify issues and their potential solutions even before such issues crop in. This agreement is drafted according to prevalent local laws.

Partnership agreements are drafted in a way that they describe each party’s rights and responsibilities; distribution of ownership, profit and loss percentage; business types; and how much each partner has to contribute. During their business tenure, the partners involved may disagree on some points, conflict of interest may occur or multiple changes unfold as the business progresses. In such a case, a partnership agreement comes into the picture by clearly defining the roles and responsibilities of each partner, helps to avoid legal and tax-related issues, outshines non-competent agreements, and also helps to deal with circumstantial changes that partners may face.

Partnership Agreement between Disney and Pixar

In 1991, Pixar suffered financial woes after which it made a deal of $26 billion with Disney to produce animation movies. Despite that, Pixar was not making a profit until Disney bailed it out by distributing the movie Toy Story (which was part of their deal) in 1995 during the holiday season. The movie grossed $350 million across the globe.

Disagreements arose between the two animation giants after they started working on their next release Toy Story 2. As demanded by Pixar, Disney refused to consider this movie as a part of their three-picture deal. Pixar’s movies had done the highest average gross per movie earlier. Despite seeing profitable days, Pixar didn’t find the ongoing arrangement as equitable. Even though production costs and profits were being split 50-50, the companies were not agreeing on sequel rights and Disney’s exclusive ownership over the story. In 2004, Disney refused Pixar’s demand to own 100% of profits and to be paid a 10-15% distribution fee by Pixar.

Although the deal almost broke down during 2004 negotiations, Disney managed to seal the partnership deal in 2006 by acquiring Pixar for $7.4 billion. The partnership agreement between the two animation giants was done in a way where they operate at separate levels within the same industry by merging operations. It increased synergies between them as they started operating as one.

As in the US, scriptwriters had unions, their strikes had resulted in millions of dollars losses to Disney over the years since its existence. Therefore, while going for this agreement, Disney made it clear that it had no plans to take Pixar employees for granted. Both companies with their combination of latest technologies and talented scriptwriters entered into the partnership agreement.

As both Disney and Pixar shared a great market reputation regarding animation movies, the partnership was bound to be a success. As Disney promised Pixar that its corporate culture will be retained in the future, its top bosses knew that this agreement would provide them with a brighter future. The negotiators from Disney were convinced that once they acquire the latest technology of Pixar, they will be ruling the animation market in the future.

Following this agreement, Pixar designed several successful movies under Disney’s name. Disney became the world’s best computer animation studio and it became closer to tech company Apple. Further, Pixar was able to rise above competitors such as 20th Century Fox and DreamWorks. Now Pixar didn’t have to invest in production and it focused more on computer animation.

Partnership Agreement defines clauses in such a way that company can benefit from the skills and knowledge of partners involved. It should be governed by common state law and partners should be allowed to modify it if required. As multiple partners are involved in decision-making that affects outcomes, such an agreement addresses the role and duty of everyone involved and different aspects to run the business.

The key clauses of the partnership agreement are as follows:

This Clause describes each partner’s stake in the daily working and finances of the venture. It states the responsibilities of the parties, and how they will be contributing in terms of efforts, time, customers, etc. In the case of the Disney and Pixar partnership agreement, Pixar focuses on creation and production, while Disney handles distribution, marketing, story, and sequel rights.

Partners enter into business to make money and sustain a profitable venture. A partnership agreement should explain how the partners should split the profit between themselves and if they would get a paid salary (if yes, then how much). When Pixar and Disney signed a three-picture deal, they agreed to share profit, and Disney was allowed to charge distribution fees.

The partnership agreement should describe how the partners will handle different ownership issues like a partner’s death, if he wants to sell his shares, has retirement plans, or goes bankrupt. There should also be a non-compete clause that protects the venture if one partner decides to leave permanently.

When a venture begins, partners have several tasks and some of their admin roles remain in conflict with each other. In such a scenario, the roles and duties of every partner must be described in the partnership agreement. During such an early stage, where partners themselves are involved in every stage, their roles in different domains such as accounting, human resources or even payroll should be clearly defined.

The partnership agreement should define steps in case a partner wishes to end her partnership legally. Such a situation can arise if the parties stop agreeing upon the decisions related to business. It should explain what should be done if someone wishes to dissolve the partnership. Dissolution clauses are ruled by country laws and should be compiled accordingly.

In this clause the partners acknowledge their duties, hence it needs to be drafted in a crisp and comprehensive manner. It talks about payment of contributions made, forbidden acts, full time involvement solely in business, non-compete, new partner’s admission, expulsion of any partner, confidentiality, and retirement of any partner.

The partners should mention this fact in their partnership agreements that how they will handle disputes if it arises between involved parties in the future? The resolution process should be mentioned in the dispute resolution clause in the agreement. The process of mediation, the ability of the parties to appoint an Arbitrator, and court jurisdiction should be well-mentioned.

General provisions and transfer of interest

This clause should describe general provisions that are found in regular contracts such as indemnity and boilerplate clauses. If a partner decides to sell his business to someone who has no knowledge about the business, it could affect its operations. To avoid such a circumstance, the transfer of interest clause must mention the situations under which a party can transfer their interest. Other included general provisions can be legal jurisdiction and notice provisions.

Since a partnership firm is deemed to be a separate entity, hence a point related to Intellectual Property (IP) must be included under this clause. It must mention that all IP created during the term of the partnership shall be owned by the firm and no Partner can claim their rights over this. The process of dissolution of the firm should also be defined according to local laws.

Reasons why this partnership agreement was successful

Apart from following normal tactics for a successful partnership agreement, both the companies introduced their tactics in order to preserve earlier employee culture. For example, Pixar employees were not asked to sign the Employees Contract so that they could work easily in the new professional environment. The senior executives introduced positive practices so that Pixar employees could mix in the new workplace environment easily. They continued highlighting their workplace values. Also, the executives of both companies collaborated and communicated with each other effectively. The Pixar employees were assigned new tasks and responsibilities so that they could contribute towards Disney’s efficiency. In this way, Pixar’s transformational leadership was adopted at Disney.

While implementing this partnership agreement, Disney’s biggest challenge was to accept Pixar’s relaxed workplace atmosphere. Even though Disney being the dominant force in partnership in this agreement, still it accepted the relaxed and casual work culture of Pixar. Pixar is known to have a fun yet demanding work environment. Also, Pixar employees were allowed to retain their old email ids. To keep Pixar’s identity enacted, Disney allowed it to produce more than one movie every year.

The key reason why this agreement was successful was that the investors were able to recognize Disney’s potential to leverage Pixar’s animated characters to utilize its services. For example, in Cars, the retail products provided revenues amounting to more than $5 million. Not to forget, Pixar was willing enough to change its policies so that it could successfully become a part of the International Conglomerate. Apart from that Pixar also came up with original movies, as well as their sequels. The team of top executives which was led by Bob Iger (his experience in the merger sector benefited the venture) introduced popular steps such as ‘Direct to DVD’ as a part of their portfolio. Apart from that, the success of projects such as ‘Toy Story 4’ and ‘Incredibles 2’ also speaks volumes about the positive role of this partnership agreement between Disney and Pixar.

Although it consumes time and money to construct a partnership agreement, it is better to go for it to avoid legal troubles later. Due to this agreement, all parties involved got a surety that they are on the same page and have common goals and understanding. It helped them while deciding what decisions have to be taken in order to successfully operate the venture. Once such an agreement is ready, the parties agree to share their skills, finances, and time to build the business. By considering their legal requirements, the partners can take the help of an experienced business attorney in order to draft a partnership agreement that contains all relevant terms so that future issues could be avoided.

All you need to know about Public-Private Partnership in India

All you need to know about reconstitution of a partnership firm