This article is written by Anshal Dhiman, pursuing BA.LLB (Hons.). The article talks about patent terms extensions in the context of modern IPR setup.

A patent is a legal document that provides exclusive rights to a person for his/her invention. Invention here may mean anything that is completely new to the world and has not been made before, or it may be a new solution to something, a solution which has not been provided before. Patents are handed over by a sovereign authority. Patents are usually restricted to country borders i.e. a patent authorized in the US is valid only in US territory and not beyond it. In India, patents are regulated by the Patents Act, 1970. Licenses allude to enforceable restrictive rights conceded to the innovator in return for his/her disclosing their creation.

In India, an innovation relating to another item/measure, including an imaginative advance and equipped for mechanical application can be licensed. Licenses are a type of protected innovation. A designer can likewise delegate a trustee who follows up on his/her sake and causes both the rights and the liabilities. A patent outfits the patent owner with the alternative to pick how or whether – the advancement can be used by others. As a trade-off for this right, the patent owner makes particular information about the creation transparently open in the dispersed patent chronicle. Licenses are upheld by thoughts. Nonetheless, the indications of the Patent Law are dictated by every country, nations work under the system of the multilateral settlement, Trade related aspects of Intellectual Property Rights (TRIPs). It deals with the criteria that should be met by the person who seeks special rights to his creation under a patent and also the limits which may restrict a creation from being considered for patent registration.

Patents are authorized for a certain amount of time as prescribed by the law of the jurisdiction under which a patent is being applied. In India patents are authorized for 20 years. At the moment, patent term extensions are not allowed in India. India has had its troubles relating to patenting issues. A lot of time is consumed during the processing of these patent applications, which in some cases, takes even more than half the time of the patent duration, which is not a very good sound to creators in India. There are regulatory authorities that may further cause delays in the completion of the patenting process.

The concept of the Patent extension has never been found suited to India. Some experts believe that the time period of 20 years itself is too high and may cause monopoly in the market. The principal proposition for the patent term expansion was by reference of the Second Committee named by the Government of India on the course of Hon’ble High Court of Delhi on account of Nitto Denko Corp v. Association of India. One of the terms of reference was to consider pay for patentees for the time burned-through in the assessment interaction, regarding upkeep expenses waiver or patent term expansion. On the thought of the proposition for the patent term expansion, it was seen that the proposition isn’t reasonable to India, where the imposing business model for a very long time itself is considered too long to even think about impeding veritable rivalry. This is particularly so in a period and age with advancements covered by the innovations/licenses getting old excessively quick.

The board reasoned that 20 years patent term accommodates delays as well, and the candidate/designer may make strides for administrative endorsements and commercialization during the pendency of the patent application. Further, the draft IPR strategy recommended a few measures to accelerate assessment, indictment, and award of patent applications. All things considered, nothing was advanced for the expansion of the patent award time frame. By and by, the Indian arrangement system is to decrease postponement and pendency in the Indian Patent Office. In the cases of pharmaceutical drugs, the issue is even more complex as many drugs are not patented in time and are not marketed for many years because of the time it takes for a patent application process to be completed.

This all-encompassing beauty period is intended to make protecting simpler for organizations. Any expansion of the patent term will antagonistically influence admittance to the less expensive prescriptions that conventional drug organizations make in India. Conceding a more drawn out term for drug patients will bring about postponements in the section of nonexclusive forms and could antagonistically influence admittance to reasonable meds. The term of a patent is a most extreme time-frame during which it is substantial and can be authorized. The more extended the patent term, the more noteworthy the restrictiveness for the development and the more prominent the time taken for the innovation covered by the patent to enter the public area, consequently making a mechanical lock in.

A patent could have a more limited term than the predefined long term period for an assortment of reasons like non-installment of charges could bring about its pass, and a patent may bring about its initial nullification. The advocates additionally contend that patent-term expansion could compensate for the deficiency of successful patent term-time lost in getting administrative endorsement or inferable from delays at the patent office. Significant drug organizations report benefits that are commonly more than the costs engaged with Research and Development. Any further expansion in the term of the patent will bring about corporate government assistance at the expense of social government assistance. Invigorated India’s as an elite provider of moderate conventional prescriptions, conceding a more drawn out term for licenses will bring about deferrals in the passage of nonexclusive forms and could antagonistically influence admittance to medication.

Not all countries have definite laws related to patents. Compared to the countries where there are laws related to patent term extension or adjustment, countries without patent extension laws suffer a lot of time due to the long application processes taking up the 20 years time granted for a patent, causing time losses to the person who has got the patent authorized. Nations, for example, Brazil, Mexico, China, Thailand, Hong Kong, Indonesia, India, and so on come up short on the laws identifying with patent term expansion whereby term of patent reaches a conclusion before 20 years’ over regardless of whether the administrative specialists defer endorsement of medications canvassed in patent on the whole potential manners.

In constantly changing areas, for example, data innovation and hardware, the award of 20-year patent security needs defense. With costs step by step diminishing inside the initial not many long stretches of the presentation of new innovation in certain enterprises, this broad patent award period is outlandish without a financial premise. On the off chance that the term of the patent award was to be expanded, the selectiveness would be higher and hence increment the time taken for the particular patent innovation to enter the public space.

These outcomes in innovative lock-in, in certain areas like data innovation and hardware, where innovation is constantly changing, giving long term security doesn’t bode well. The normal term of insurance that applies to all innovations paying little mind to the speed of mechanical advancement came from an arrangement of the TRIPS understanding. In ventures where costs progressively decline inside the initial not many long stretches of the presentation of the new innovation, a particularly broad time of security without a financial premise is unjustifiable. Having an innovation freethinker patent term makes a superfluous dead weight reduction where a more limited security is needed for a development. In this manner, considering the advancing idea of innovation, it is businesses, to encourage information and development on the lookout.

The article talks about Patent term extensions and adjustments and their position in India and some other countries of the world. The issue is somewhat controversial because of the involvement of Intellectual Property Rights, and the way the inventors and creators may be exploited because of unregulated systems. India has been a worldwide innovator in making a patent law that adjusts the privileges of designers and general wellbeing. The nation should shield its reformist patent law. Also, in the event that exchange arrangements are really intended to profit society, at that point they should be liberated from their covers of mystery and brought into the public area. In this vein, a cycle for public oversight and contribution to RCEP’s dealings should be earnestly settled. 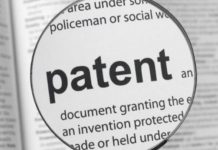 Patents and its brush with technology 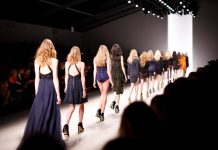 Challenges faced by the fashion industry for IP protection in India 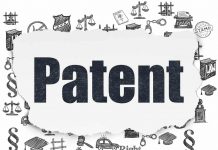 Patent infringements and Section 107A of the Indian Patents Act